Why Tinseltown and Adland's Relationship Is Stronger Than Ever

From Lincoln to Dior, Agencies and Stars Are Capitalizing on Trend With Huge Ventures 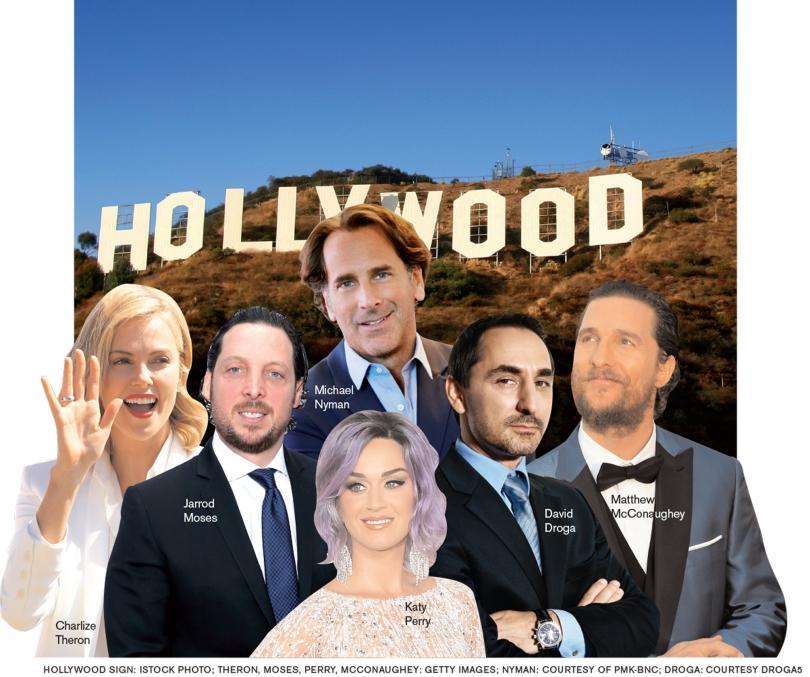 The plot of Sofia Coppola's 2003 film, "Lost in Translation," follows a movie star played by Bill Murray as he films a commercial in Tokyo to avoid lowering his status in Hollywood. That ploy certainly wouldn't work today -- and it certainly wouldn't be necessary. Matthew McConaughey's Oscar-winning turn in "Dallas Buyers Club" coincided with a series of TV commercials for Lincoln. Charlize Theron is the face of Dior. Brad Pitt hawked Chanel No. 5. Katy Perry pitched Proactiv acne treatment. And Kevin Spacey replaced a talking baby as the face of E-Trade. In other words, adland has the keys to Hollywood.

"There's no question the relationship between entertainment and advertising is grander and more important and deeper than it's ever been," said David Droga, creative chairman at Droga5.

Some shops are capitalizing on the trend by aggressively teaming up with more established entertainment powers: In the past few years, Deutsch has formed relationships with music labels such as Capitol Records; Edelman started a joint venture with United Talent Agency; and Droga5 sold a 49% stake to William Morris Endeavor.

Agencies know what brands want from stars. "They need agencies for our strategic thinking, for our link to brands and money, for our consumer understanding," said Mr. Droga, whose shop is working with Dwayne "The Rock" Johnson, a star of "Furious 7," to build his own brand.

Brands have also made it easier for celebrities to lend their star power by improving production values and telling more relevant stories. BMW Films, which starred celebrities including Madonna and Clive Owen in 2001 and 2002, led the way.

Celebrities are less worried about tarnishing their images through commercial endeavors today, said Michael Nyman, chairman-CEO of Interpublic Group of Cos' PMK-BNC, the product of a merger within IPG between a talent publicity agency and a brand PR shop. "It used to be that in the old days, high-profile celebrities just did voice-over or commercials in foreign territories," Mr. Nyman said. "They knew that it'd be safely kept there. We're at that time now where there's a comfortable relationship that exists between brands and celebrities. We're casting and creating our own content and executing that for clients like Audi."

"There was a day when it was hard to get phone calls returned from talent and on the studio side to do deals," said Jarrod Moses, president-CEO at United Entertainment Group, which last fall became a joint venture between Edelman and United Talent Agency. "Networks were less open to seeing content recommendations coming from a brand point of view. Also, celebrities were probably anxious about partnering with brands to help sustain their careers."

The joint venture so far has yielded projects like "Voltaggios Take On: Thanksgiving," part of a series of seasonal TV specials on the Cooking Channel, starring celebrity chefs Michael and Bryan Voltaggio and incorporating Williams-Sonoma.

In the case of Mr. McConaughey, his team approached Lincoln, according to Jon Pearce, chief creative officer at WPP's Hudson Rouge, the automaker's dedicated agency within the holding company. "I don't think it would have happened even a year ago," said Mr. Pearce. "Conventional thinking would be that only someone past their prime or B-talent would need to reach out, but clearly that's not the case. You've got A-listers very much in the middle of a vibrant career actively looking."
The dynamics around music have perhaps changed more than anywhere else.

"Record labels aren't spending money anymore, so they're doing these deals in which they're trying to build a business with their artists, but they have to bring in the brand to support their marketing programs," said Mr. Moses. "Any brand paying a lot of money to be in the music space should reevaluate their strategy."

Many agencies have music supervisors on staff to handle music licensing and negotiation, but some of those executives have begun bringing artists into campaigns much earlier, in an effort to create more branded opportunities. "I'm already engaging with the Digitases of the world and Ace Content and all these people I never dealt with before," said Lee Stimmel, head of original content at Sony Music, who took on the newly created role three months ago.

In late April, iHeartMedia pitched ad buyers on new programming, including a podcast hosted by Jared Leto, and invited them to get involved even earlier. "Agencies can come in at the ground up and co-create original programming through all of our assets," said Vanessa Adamo, senior VP-brand partnerships at iHeartMedia.

"For so many years it was just a transaction," said Dave Rocco, music supervisor at Deutsch in Los Angeles, on how agencies worked with the music business. "In the last few years, the lines have really blurred between what record labels are doing and what we're doing."

The agency has struck up informal relationships with Capitol Records and Columbia Records, where Mr. Rocco connected the artist Roméo Testa with 7Up. The agency has also been working on marketing the labels' new releases for artists including Sam Smith, Mary J. Blige and Neil Diamond.

Artists are much more willing to link up with brands today in part because creative has evolved, creating more content-driven opportunities, Mr. Rocco said. "Advertising has become mini movies, storytelling, branded content and webisodes," he said. "I don't think a lot of artists would want to be featured in a TV spot that just markets a product. "