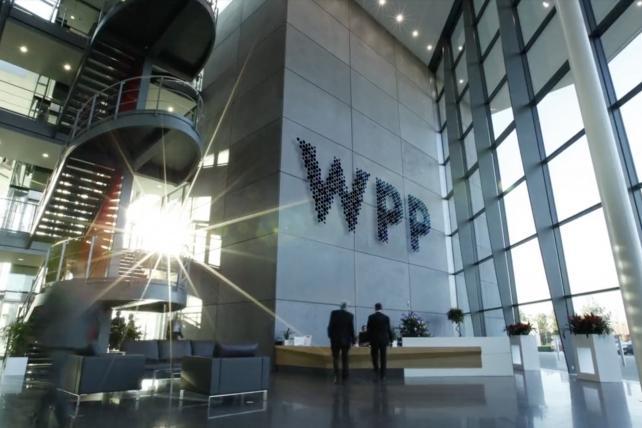 The WPP of the future will have fewer companies; a structure more focused on what clients want rather than off-the-shelf offerings; and be more heavily invested in creativity, tech and talent. The holding company will also have a slimmed-down workforce. WPP expects to reduce jobs by 2,500 over three years from its current global count of 134,000 people. And there is a new holding company logo to top it all off.

The holding company unveiled its turnaround plan to investors and analysts on Tuesday in London and announced its intention to become a "creative transformation" company as it tries to address its underperformance. WPP says it will invest an incremental £15 million a year in creative leadership in each of the next three years, with a particular focus on the U.S.

WPP CEO Mark Read said the new positioning has already helped the holding company notch new business, including Volkswagen's creative account in North America. Read was joined by other WPP leaders and clients in discussing its plans to strengthen its offerings in the areas of communications, experience, commerce and technology. The goal is to simplify a holding company that has become "too unwieldy, with too much duplication," WPP said in a statement.

WPP discussed a lengthy to-do list, but some analysts felt it could have been bolder.

"We give a cautious welcome to the new strategy announced this morning but feel it could have been more ambitious and wide-ranging," Liberum analysts wrote in a research note Tuesday. The note added that WPP could have targeted more cost savings. "Our view is they could have done more here -- we thought £500m [per year] was a reasonable figure (with £500m of restructuring costs) based on a 5% reduction in the staff numbers and property savings."

WPP anticipates spending £300 million in the next three years on actions like integrating companies like VML and Y&R or Wunderman and JWT; disposing or cutting down underperforming businesses; closing "unsustainable operations"; establishing a "consistent shared service infrastructure" for 30 countries; and further developing co-location, or putting employees onsite with clients. The company says it expects annual savings from those actions to total £275 million by the end of 2021.

Though the company spoke of its plans to have fewer, but stronger, companies within its walls, Read has said no other major agency network mergers are in the works for now.

The holding company is also trying to lean into trends affecting the agency business, like its efforts to co-locate agency talent inside clients as some marketers are seeking more in-house work. That kind of effort makes WPP "collaborative" instead of "combative," says chief client officer Lindsay Pattison.

Pattison added that WPP shops are finding ways to create deeper relationships with clients beyond traditional communications — for instance, she says WPP worked with Unilever to co-create products like a "Day2" dry-wash spray for clothes. She says that product idea came from an insight from Kantar.