The 'A' Word -- Does Advertising Still Exist?

The Ad Agency Role is Changing, But It Is Still Critical for Brands
READ THIS NEXT
Opinion: Will Sorrell's exit help creativity regain center stage?

When people ask you what you do for a living, do you feel an odd sense of discomfort saying, "I work in advertising?" It feels dated, right? It feels perhaps even weirder to explain, "I work at an ad agency." You know they're picturing Don Draper with an easel and Sharpie, not the latest Snapchat filter or paid tweet. So how to describe what we do in a modern, relevant way? What's the right word these days?

As CMOs question the AOR model, watch their budgets shrink or be cannibalized by other divisions, and desperately chase consumers to the next digital platform, the word "advertising" seems more challenged than ever. And is an "ad agency" really the best partner for winning customers, selling products and claiming share in today's frenzied marketplace?

The identity crisis of the word is not dissimilar to the challenges the notion of TV has faced over the last several years. Is it still TV? Or is it "content," "video," "storytelling" or something else?

At Hill Holliday, we've just completed a very eye-opening series of one-on-one interviews with CEOs and CMOs from leading brands of Fortune 500 companies. Their idea of what an ad agency is today and what "advertising" should do for them is as conflicted as our own, yet their need for what we do has never been greater.

For these brand leaders, the advertising agency role is still critical -- not simply as the generator of the big idea (although they state this is still important) but also as the aggregator, curator and steward of the brand, the consumer and all the brand experiences defined by the customer journey (which they believe the ad agency, with its multichannel approach and consumer expertise, should own). The ad agency also helps them make brand choices based on strategic direction, versus simply on what's shiny and new.

Seeking best in class, most clients work with multiple agencies representing different marketing specialties, but they believe their "ad agency" is best qualified to put the pieces together into one brand story. But is that story advertising?

The word carries not only its negative baggage with the industry of old, but also the implication that it's a one-way street -- me the slick marketer, pitching to you, the unsuspecting consumer. "Advertising" implies that one is advertised to versus engaged with. As anyone reading this column knows, the idea of talking to (or rather, at) people to sell them something has gone the way of the home rotary phone. The consumer has never been more sophisticated or better prepared to fend off unwanted messages. Ad blocking, anyone? Appointment viewing? You may as well show up at my door with a briefcase full of Bibles.

Consumers now sift through hundreds of messages every day, and the younger they are the harder it is to catch their attention. That's with an average of 9-10 hours of daily media consumption. Now more than ever it's about not only starting a conversation, but offering something of value to the consumer. Something they choose to spend time with. Something unexpected that provides a connection that is a not just a two-way street, but a freeway of valuable information, useful ideas and sharing.

My conclusion is yes, it's still "advertising," but it's about context and channels now, rather than just the message itself. It's about mapping the customer journey to start a conversation with consumers, one that leads to engagement, purchase, loyalty and advocacy at different touchpoints against this integrated journey. The same things that were always important but that are much, much more complicated to deliver now.

And while engagement is critical, it is still our job to send relevant messages out there that start the conversation. Here's a silly example. If I wear a T-shirt that says, "Eat Ice Cream," I am advertising ice cream. I'm telling you I think you should eat ice cream. But chances are you're going to come up to me and ask "What's up with that shirt? Why should I eat ice cream?" And we start talking. It's a conversation. At that point, I'd better deliver proof that eating ice cream is advisable. And if I've hired the right designer, chances are you're going to want a T-shirt, too. And then your friends will see that T-shirt ... and hey, you might even start to eat more ice cream.

Advertising -- whether it's Snapchat, Twitter, Instagram, Vine, Pinterest, radio, outdoor, video or yes, even print -- is the POV of the brand, inspired and informed by culture and consumer insight, but a POV nonetheless that starts or inspires a conversation. 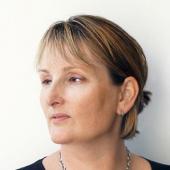