The 'Brand Safety' Narrative Tearing Up YouTube Is Amusingly Wrong

True story. Years ago there was a strip joint named the Diamond Club in the village abutting my suburban Westchester town. An unwelcome presence, public pressure eventually brought it down. One day, a high-profile member of our community led a protest outside the club. Let's call her Mrs. Cleaver. Unbeknownst to her, Mr. Cleaver happened to be inside the club at the time. As he was about to exit, he saw the commotion, the picket signs -- and his wife -- outside. Ingeniously, Mr. Cleaver managed to quickly pay his way out the back door, circle around the property, grab a sign and discretely join the protest. That was some sweet footwork right there. Mr. Cleaver quickly turned vice into virtue, and rejoined the ranks of the righteous.

Which brings me to the digital ad placement flare-up, and the manner in which leading agency voices have begun to deftly reframe the resulting narrative on terms more favorable to their interests. If there were an award for this kind of thing, it should be called a Cleaver.

Let's review. Last month, The Times of London published the results of an investigation that basically confirmed that cat food ads can occasionally appear next to ISIS videos. The findings were alarming, and the thrust of the article was clear: since those who post nasty content may be eligible to receive a share of the revenue generated by ads appearing in, near, or before the crap they have published -- unwitting advertisers are inadvertently underwriting, enabling and incenting bad actors to further promulgate their nonsense. Not cool.

So let's say that Clem from Erie, Pa., happens to hate pandas (just go with it). He decides to learn more about panda poaching. Clem pokes around a bit, and is thrilled to discover a YouTube video on panda-poaching pointers, which had been posted a month earlier by Bambooshooter44. Before accessing the content he seeks, he waits out a pre-roll ad from Progressive Insurance -- hello, Flo -- then it's panda time. Clem watches maybe half of the poaching tips video, nodding occasionally, before deciding to enjoy some rodeo bloopers instead. A few minutes later, he shuts down and goes to bed.

In the preceding homily, the singular concern is that Progressive may have unintentionally compensated bambooshooter44 for posting objectionable content because the system -- despite its blacklists, whitelists and related content-detection tools -- is imperfect and in dire need of reform. The occurrence itself was not publically visible, and the economics were modest. Nonetheless, Progressive -- the company -- was the victim, and is right to question the wisdom of advertising in such channels. That's the problem, and that's why it was the central point of The Times of London expose.

Yet in bits and pieces, a modified interpretation of the problem is rapidly advancing in the media. This view seems to hold that (somehow) the Progressive brand was damaged. Hence all the recent heavy breathing about brand safety.

Holding aside the fact that the original Times of London piece never once used the term, here's what "brand safety" now appears to be about: if an advertised brand appears in an "unsafe environment," the brand has been subjected to (some, as yet undefined) risk and, conceivably, has sustained damage. What?

Read that again. It's brilliantly tautological: if you bring me to an unsafe place, you have put me at risk. Yet to buy into this view, one would have to believe that Clem -- who had intentionally sought and located objectionable content -- actually noticed Flo, pondered the ad's placement, presumed it was an implied endorsement of panda poaching -- and in some weird manifestation of self-loathing began to think badly of the Progressive brand. And then he even tweeted his distain for Progressive. Nope. This doesn't happen. This isn't the problem.

Again, and as per The Times of London, the problem is that advertisers may be unintentionally helping jackasses. It has little to do with brands, and it has nothing to do with safety. Which is why I find it little stunning (and kind of amusing) that so many statements and headlines related to this whole mess are centered on brand safety.

As a term of art, brand safety has been around for some time -- another item on a long industry glossary. Previously, it had to do with concerns about click fraud, viewability, etc., and even then it felt unduly perilous. In the wake of the ad placement flare-up, however, it's taken on an expanded meaning and a new urgency. It's suddenly a headliner, despite it's limited relevance to the real issue.

It's kind of surreal. Brand safety was a thing. Then it quickly became a bigger thing. And now it's become a cause.

Brand safety! No one's questioning it. No one's checking with consumers. No one's asking to see the data. Perhaps because it's easier to understand than what's actually happening, it has become an article of faith.

I'm not suggesting that it was an orchestrated effort -- but this narrative-shaping is worthy of a Cleaver Award, maybe even a gold Cleavie. Google et al are playing right along, but agencies appear to be advancing the brand safety canard more than the other principals involved.

Suddenly, agencies want answers from publishers. They held Google's feet to the fire at Advertising Week Europe. They describe brand safety as "a zero-tolerance game." In the interest of protecting their clients moving forward, they've just had a summit in London. (You know something's important when it warrants a summit.) Maybe agencies saw this whole train wreck coming. Last July, GroupM created a C-suite title devoted to brand safety, which was not only smart but prescient. No matter.

Regardless of how it's come about, I for one am thrilled to see agencies back on the front foot. After bringing themselves down through a series of unforced errors over the past few years, they are up off the mat. Operating beneath the air cover of brand safety, they're asserting their role in protecting clients' brands. They've managed to turn vice into virtue and rejoined the ranks of the righteous. 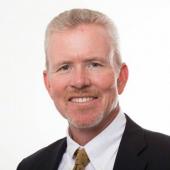 Andy Ball
Andy Ball has held senior positions at agencies within the Interpublic and WPP networks.
View all articles by this author