What Brands Can Learn from the Spectacle of Comic-Con

Every year in the aftermath of San Diego Comic-Con, we see a flood of press lamenting the ever-increasing commercialism of the annual geek gathering. And while much of the criticism is true -- promotion for everything from movies to clothing brands is everywhere you look around the Gas Lamp District -- it doesn't spell doom for the fan experience. In fact, it may even make it better for both fans and brands.

To counteract the marketing fatigue, brands have had to raise their game in a drastically inventive way that feels personal to fans. Take, for example, the stunt that A&E pulled for the upcoming "Omen" spin-off series "Damien." While a group of Christian protestors picketed outside with signs reading "Sin Brings God's Wrath" and "Faith in Jesus Saves," the "Damien" promo crew had their own team of hired picketers who marched through downtown San Diego chanting "The Beast rises" and "It's all for you" in "support" of the show's fictional Antichrist. Convention-goers initially unaware it was a stunt jumped out of the way.

"That's awesome," laughed one onlooker as he realized what it was, "I totally believed it was real. It feels like he's out there somewhere."

But it was Lionsgate, who regularly leads the studio pack in inventive marketing strategy, that had the most talked-about promotional campaign of the convention, this time for the stoner comedy-action film "American Ultra." An innocuous-enough street team handed out fliers, but a message on the back prompted users to download an app, scan the strange image on the front and be delivered to a mysterious website with equally mysterious, coded instructions. Following the clues made fans feel like they were untangling a cryptic mystery, just as if they were a CIA sleeper agent like the film's protagonist, Mike. The payoff, if you had a legal marijuana card, was apparently actual weed. As a means of bringing both the stoner-comedy and mystery-action elements of the film to fans in a very real way, "American Ultra" showcased hands-on, world-building marketing at its finest.

Pop-up experiences were also huge this year, such as Ubisoft's wildly popular "Assassin's Creed" obstacle course. Complete with a model of a steam locomotive and Big Ben, along with workers in period attire, the installation let fans get a taste of what it would be like to fly along the rooftops and ropes of Victorian London just like Jacob and Evie Frye, the parkour-loving protagonists of upcoming release "Assassin's Creed: Syndicate."

So what can brands learn from the all-encompassing marketing buffet that is SDCC? Here are four key takeaways:

Native experiences
Marketers would be wise to bring the publishing world's concept of native advertising to life, offering experiences that blend a brand's product and message into the overall feel of an event. This is especially true for major events like the Super Bowl or March Madness, but applies to any themed event where attendees must be reached through their passions and affinities.

Element of surprise
Keep your customers engaged by offering unexpected experiences and rewarding them for sticking through the entire process. Fans want to connect with their favorite brands on a visceral level and there's no better way to do that than by paying them back for their loyalty, especially when they don't anticipate it.

Pop-ups
Allowing customers to take part in an overall brand experience is something that folks in the automotive or travel space can learn from. Imagine offering customers the ability to feel what it's like driving in the latest BMW model on the Audubon.

Make it personal
With the rise of the "selfie" generation, consumers are used to being the stars of their own story. Savvy brands go beyond simply giving people the chance to engage with their product. They go a step further, creating an experience in which the potential consumer is the axis upon which the story and outcome turn.

And while it's worth noting that the all-encompassing nature of San Diego Comic-Con provides a unique opportunity for marketers to adopt a grand scale with their promotions, individual brands shouldn't be afraid to fully commit to their marketing on other occasions. For the consumer, experiencing even a bit of that immersive Comic-Con magic is something to be embraced. 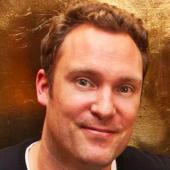 Tobias Bauckhage
Tobi Bauckhage is CEO of Moviepilot, a fan site about movies.
View all articles by this author