It's the time of year where brands across North America blitz consumers with patriotic ads, social media content, shelf-talkers and package design. The rationale behind this messaging approach boils down one or more of the following assumptions:

While playing up your brand's patriotic credentials may be the right thing to do to drive brand affinity and sales with your brand's core audience, love of country is far from universal -- and is extremely complex besides.

Consider the case of the lucrative segment of educated, culturally diverse and socially progressive millennials in major cities across North America. Surveys from Pew Research and the Canadian Broadcasting Corporation have shown that North Americans under age 34 are generally less patriotic than their older peers. This coincides with the fact that millennials are generally more culturally diverse (and proud of their ethno-cultural background), better educated, more open-minded and less trusting of federal institutions. Pew's research also suggests that educated social progressives also tend to be less patriotic than less-educated conservatives.

Millennials are also far less likely to routinely take part in media-aided national experiences compared to previous generations. The national consciousness fostered in older North Americans was induced by 20th century mass media. In the 1960s, everyone in the nation was sitting around the same fire.

Today, the media landscape has morphed into a series of fragmented, nonlinear digital information networks. Increasingly, more of us (especially those under 34) live in a series of global and local digital communities bonded by attributes like lifestyle interests, age, language, religion, values, neighborhoods and cities. As a result, identities, preferences and shared experiences have become more diversified than ever.

Considerations before jumping
Marketers also need to category- and brand-fit before they jump into the patriotic messaging bandwagon.

Consider the food and beverage category, as University of Toronto sociologists explore in their book "Foodies: Democracy and Distinction." The foodie movement has led to a dramatic shift in food and drink preferences across North America, they found. One impact is that "local" has become a signifier of food quality. Local rarely means national in a North American context because the geography is too large and ecologically diverse. Local is about specific neighborhoods, cities and regions.

A great illustration of this is the fast-growing craft beer category. Multiple academic studies have shown consumers to actively seek out hyper local signifiers and imagery in brands, rather than national pride messages. I would hypothesize that even the most patriotic craft beer consumer would choose a beer that represents their city over a beer that represents the nation.

So where does this leave marketers who are considering some kind of patriotic marketing activation in their calendar? Very simply, you should do everything possible to find out what really matters to your audience before your brand starts waving the flag.

If you don't have the luxury of time and budget for research, perform small live social media tests of other types of place-based brand associations (global, local love, and sports team, for example). You might just find that it makes more sense for your brand to be the champion of "Earth Love" rather than "Love of Country."

You might also want to consider taking a year off putting out ritualistic Independence Day ads and content. That might just be what your brand needs to stand out from the crowd. 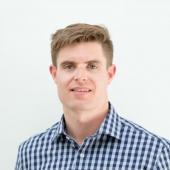 Brett Robinson
Brett Robinson is a strategist at Modern Craft, a Vancouver-based marketing consultancy.
Follow View all articles by this author