Brands: How to Score with Sports Sponsorships

In 2006, Red Bull bought the Metrostars, a Major League Soccer team, and dubbed it "The New York Red Bulls." It seemed odd that a brand would closely align with soccer in the U.S., a sport that lacked the large following of the NFL, MLB and NHL.

Nearly a decade later, Red Bull's decision seems prophetic. Soccer has been consistently, rapidly gaining momentum among the 18- to 29-year-old segment, a key consumer target for Red Bull. In fact, soccer in the U.S. attracts the youngest viewers of any major league sport. And, according to our BrandAsset Valuator research, usage of Red Bull is 63% higher among soccer viewers than other energy drinks.

In the end, the partnership has proven successful. Red Bull and the New York Red Bulls have both built identities around energetic, fun, daring and social attributes. The brands stand for similar things and resonate with a common audience.

As we enter the fall sports season -- with the NFL, NBA and NHL all getting started and the MLB playoff season underway -- marketers are once again aligning with sports brands. This isn't surprising; sports brands have strong equity in our culture -- fans are committed to their leagues and see them on par with iconic brands including YouTube, Coca Cola and Apple. But how can marketers know if they are making smart partnership decisions? Here are three steps for brands to create winning sports sponsorships:

The first, most obvious, step in establishing a successful partnership is identifying your brand's target audience, then choosing a partner that reaches your core audience. It is important to really look at the data, though, and not just make assumptions based on stereotypes. Football, for instance, is thought of as a male-dominated sport; in reality, 47% of NFL viewers are women. CoverGirl took advantage of the under-served female audience when it became the official beauty sponsor of the NFL. CoverGirl identified a white space, aligned its brand, and is now seen as the top "stylish" makeup brand among NFL viewers.

Some other partnerships are more apparent. Targeting millennials, Mountain Dew has partnered with the NBA to reach a younger audience. Mountain Dew now performs best among millennials, who make up 28% of NBA viewers. In fact, the NBA fans skew younger than those of the NFL, NHL and MLB. This partnership is the branding equivalent of a slam dunk.

Next, marketers need to understand the brand equity of potential partners and select one that can elevate their brand. This is especially true for brands that have recently suffered a setback. For example, Ralph Lauren built an empire by expanding its portfolio to include labels at nearly every price point. While that helped expand Ralph Lauren's reach, the strategy diluted its flagship brand, Polo.

Although Polo's core imagery is built around American heritage and prestige, it has been losing equity among consumers with a household income of $50,000-plus. Since 2001, the percentage of affluent consumers buying Polo has declined at a rate of 13%, and the brand has seen a 219% drop in differentiation.

Since partnering with the U.S. Open in 2008, Polo has reclaimed exclusivity; perceptions of "worth" are 56% higher among U.S. Open viewers. This partnership proves that every alliance requires a different approach.

It is not enough to just be a "proud sponsor." Brands need to really tap into the spirit of the sport they are sponsoring and leverage the enthusiasm and loyalty of those sports fans.

Southwest Airlines leveraged its NFL sponsorship by embracing its football persona in the "it must be football season" campaign. Since the partnership started in 2001, brand equity for Southwest has increased 173% among NFL viewers, compared to 66% among the general population, according to our BrandAsset Valuator data.

Campbell's Chunky Soup saw a similar lift through its longstanding partnership with the NFL, celebrating NFL athletes, whose hunger gets "filled up right" with a satisfying bowl of Chunky soup. Today, Chunky ranks in the 98th percentile on brand strength among NFL viewers (the highest among its competitors) and sees brand equity twice as high among NFL viewers than it does among the general population. In fact, Chunky is viewed similarly to iconic brands such as Starbucks, U.S. Navy, Xbox One, and Microsoft among NFL viewers.

Sport partnerships are powerful and can help build brands beyond game day. As long as marketers are armed with the right information, a clear strategy, and the right partner, they can build brand equity and customer advocacy that will last long after the fall sports season. 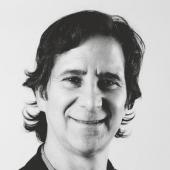