Focus on the Competition and Then Do Something Different 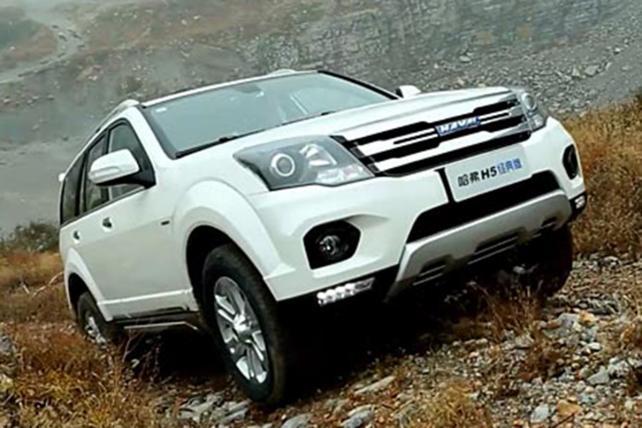 What wins in marketing today? The conventional wisdom is "customer centricity." As one pundit put it, "Connect with customers based on their behavior or where they are in their purchase or life cycle."

Who can argue with that? I can.

In 2009, we started working in China with Great Wall Motor. At the time, the company made trucks, sedans, minivans and SUVs and marketed them under nine brand names: Coolbear, Deer, Florid, Haval, Lingao, Peri, Sailing, Socool and Wingle.

So what did we recommend? We recommended that the company focus on Haval, its SUV brand.

Why SUVs? The company's research showed that Chinese customers preferred sedans because they were more prestigious.

On the other hand, Chinese customers thought SUVs were practical vehicles with no social status.

So we figured the other 28 Chinese automobile companies would focus on sedans because they were customer oriented and that's what Chinese customers wanted.

And that's exactly what they did, leaving the SUV field open for Great Wall to dominate.

As a result of being competitor oriented (and not customer oriented) Great Wall became the largest, most-profitable Chinese automobile company.

What do customers want?
If you ask customers what they want, they often say, I'm happy with the brands I buy, but I'd really like something better and cheaper.

Doesn't the better brand win in the marketplace?

Ironically, that's what management also believes: the better product wins in the marketplace. Hence the emphasis on research & development.

Yet year after year, the same brands continue to maintain their leadership. Heinz in ketchup. French's in mustard. Hellmann's in mayonnaise. Land O'Lakes in butter. Campbell's in condensed soup. Morton in salt. Domino in sugar. Swans Down in cake flour. Coca-Cola in cola. The list is endless.

So many companies move on to Plan C. Selling their better products and services at a "cheaper" price.

But if a brand is cheaper than its competitors, customers think it can't be as good. Starbucks didn't become successful by selling cheaper coffee.

Hunt's can't be as good as Heinz.

Some consumers, of course, buy Hunt's to save money . . . even though they consider the brand to be inferior to Heinz. So the lower price produces sales but makes it impossible for the brand to ever dominate the category.

If better and cheaper doesn't work, then what does work?

Be different
"Think different" was the Apple slogan years ago, and the same idea can work today. After the success of Red Bull, hundreds of energy drinks were launched in the American market. (In the four years between 2005 to 2008, there were 956 brands of energy drinks launched.)

So which brand became a strong No. 2 to Red Bull? The better energy drink or the one that was different?

The one that was different. Monster, virtually the only energy-drink brand that was launched in a 16-oz. can, became a strong No.2 brand with 37% market share.

Full Throttle, the Coca-Cola brand, has a 1% market share.

Focusing on customers in marketing is like focusing on territory in warfare. If your enemy knows your territorial objective in advance, it greatly simplifies its defensive strategy.

On June 22, 1941, Adolf Hitler launched the German invasion of the Soviet Union. The objective: Moscow in the north.

Six months and millions of casualties later, the German offensive was halted short of its objective.

So Hitler changed his strategy and launch a second major offensive on July 17, 1942. The new objective: Stalingrad in the south.

History repeated itself. Six months and millions of casualties later, the German offensive was halted short of its objective.

What should Hitler have done? He should have launched his attack in the middle of the country so his ultimate objective was in doubt.

The line of least expectation
That's what B.H. Liddell Hart, the greatest military thinker of the 20th century, called this strategy and many powerful brands have followed this approach.

How many customers wanted more expensive coffee before Starbucks was launched? Very few.

How many customers wanted Greek yogurt before Chobani was launched? Very few.

How many customers wanted a "touchscreen" smartphone before the iPhone was launched? Very few.

When your brand takes the line of least expectation, you can be pretty sure no other brand will be doing the same thing. And that's what builds powerful brands.