Why Two Names Are Better Than One

Marketers Lucky Enough to Have a Nickname Shouldn't Abuse It
READ THIS NEXT
A Few Words About Jack Trout and Positioning
The one-day flap over the "Chevy" name should never have happened.

General Motors made a mistake by telling its employees to never use the "Chevy" name again and to refer to the brand only as "Chevrolet."

A nickname is not a bad thing. It's a good thing. People who use a brand's nickname feel closer to the product than those who don't. As a matter of fact, nicknames are one of the most under-utilized aspects of marketing. If at all possible, every company and every brand should have a formal name as well as a nickname. Two names are better than one.

Ad Age versus Advertising Age?
Should Advertising Age change its name to Ad Age just because everybody in the industry uses the nickname? I think not. That would destroy some of the connections industry people feel toward the publication.

Formal names and nicknames are somewhat like "vous" and "tu" in the French language. When meeting someone for the first time, it's common in France to use "vous." After a friendship or working relationship is formed, it would be common for one party to suggest using "tu." When someone uses "Ad Age" instead of "Advertising Age," you know that person is in the ad business or is familiar with it.

Nicknames serve a communication function. They indicate an emotional connection with the brand. Or in the case of a formal name, the lack of one.

The Chevrolet owner who calls his or her car a "Chevy" is communicating some emotional connection with the brand. Hopefully positive from Chevrolet's point of view, but it could also be negative.

Nothing works except "Chevy." This is a valuable aspect of the Chevrolet brand.

The original title of a book Laura and I wrote was "The 23 Immutable Laws of Branding." The 23rd law was "the law of nicknames." But we dropped the 23rd law because everybody knows that nicknames are a valuable aspect of a brand.

The nickname killers.
Many companies and many brands are hell-bent on killing their nicknames by substituting them for their formal names. 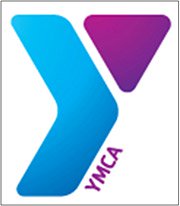 "National Public Radio," according to The New York Times, "sent a note to all its staff members asking everyone to refer to it as NPR." The YMCA is doing something similar. The organization wants to be known by one and all as the "Y." (Companies that want to follow the ultimate downsizing trend had better hurry. "W" is a hotel. "Y" is a gym. "G" is a sports drink. "O" is a magazine. "I" is on the verge of being taken by Apple. That leaves only 21 letters of the alphabet up for grabs.)

In the short term, of course, it makes no difference whether National Public Radio uses its formal name. Almost everybody knows what NPR stands for. But the long term is different. There are some 12,000 people born every day in America. As these infants grow up, how are they going to find out what those strange "NPR" initials stand for?

And there are some 6,500 people who die every day, taking their knowledge of the NPR brand with them.

Longer names seem more important.
When given a choice, most people believe a longer name is more impressive than a shorter one. In the 22 presidential elections between 1876 and 1960, for example, the candidate with more letters in his last name won the popular vote 20 times. In two cases, the winners of the popular vote lost in the electoral college. In one case, both candidates had the same number of letters in their names. The only time the longer-named candidate lost was in 1908 when Taft beat Bryan. But hey, Taft had only a one-letter handicap.

Why? In a word, TV. In the 1960s, the visual became more important than the verbal. One important visual aspect is a candidate's height. The taller, the better.

In other words, the taller candidate was more than four times as likely to win the popular vote than the shorter one.

In addition to its formal name, a brand should have 1) a relatively short nickname, 2) a word it owns in the mind and 3) a powerful visual. If you can accomplish all three, you have hit the marketing trifecta.

Take Coca-Cola, for example. 1) Coke. 2) The real thing. 3) The contour bottle. No wonder Coca-Cola is the world's most-valuable brand.

The problems of a shorter name.
It's hard to make a short name seem important. Take the Gap, a chain that has been having problems. Competitors like Abercrombie & Fitch and American Eagle Outfitters have names that make them seem more important and authentic.

Furthermore, what's the Gap's nickname? "G" is pretty much taken by Gatorade.

Then there's "Saks Fifth Avenue" often known by its nickname "Saks." Should the company call its stores "Saks"? That doesn't sound important.

Saks Fifth Avenue has a long, formal name that sounds important and a short nickname that's easy to say and easy to spell. An ideal combination. 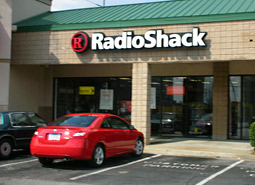 Radio Shack is trying to use the same strategy with an advertising campaign focused on "The Shack." But you can't force consumers to use a nickname.

Brands with nicknames have an advantage over the competition. Nicknames allow consumers to feel closer to the brand. You can show your friends you are cool if you use a brand's nickname instead of its formal name.

How about a Jack & Coke?

Hop on my Harley and we'll go for a spin.

Let's take the Vette instead.

Two-buck Chuck and other examples.
Charles Shaw became one of the largest-selling wine brands in America even though it was sold initially in only one state by only one chain, Trader Joe's.

What made Charles Shaw wine such a big success? Its nickname: Two-buck Chuck.

Now what do you suppose the marketing gurus behind the rash of recent name changes would have suggested for Charles Shaw wine? Change the label to "Two-buck Chuck?"

And would they have suggested that "Macintosh" be changed to "Mac?" And Jaguar to "Jag?" And "Mercedes-Benz" to "Mercedes?" Or to "Merc?"

Rules of thumb.
When should a company or brand use its formal name and when should it use its nickname?

In print advertising, a company or brand should probably use its formal name in the headline and the signature and its nickname in the body copy.

Chevrolet has often violated this rule, signing many of its ads "Chevy" instead of "Chevrolet." Here is a typical ad that uses "Chevy" in the headline and nothing in the signature except its "bow tie" trademark. 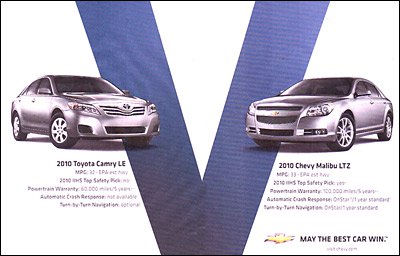 Recently, however, Chevrolet has been running this same ad with the "Chevy" in the headline replaced with "Chevrolet." So perhaps there was a good reason for the nickname memo. Chevrolet needed to spell out when to use which name.

When a company or brand has a well-known nickname, it shouldn't hesitate to use the nickname in the proper settings.

I'm surprised, for example, that McDonald's in its TV advertising seldom uses its "Mickey D's" nickname. It would seem to be an ideal complement to its verbal slogan "I'm lovin' it."

You really have to love the place to call it "Mickey D's."