Behind the Cut: Charlie Johnston and Paul Snyder on Editing AT&T's 'It's Not Complicated' | Ad Age
Skip to main content
Sign In Register

Behind the Cut: Charlie Johnston and Paul Snyder on Editing AT&T's 'It's Not Complicated'

We've answered the question about whether the zany kids from BBDO Atlanta's AT&T's "It's Not Complicated" campaign were the real thing. For the most part, they were, but achieving the humor wasn't simply about fertilizing and capturing the craziness. The magic continued in the editing room, where Lost Planet editors Charlie Johnston and Paul Snyder worked to find the moments that preserved the magic on set. Creativity talked to them about the distinct challenges of cutting the highly-improvisational campaign, as well as the insight they gleaned about how the campaign has evolved over the course of multiple rounds of spots.

Creativity: What was your approach when cutting this campaign--how did achieving the comedy on this differ from others, if at all? 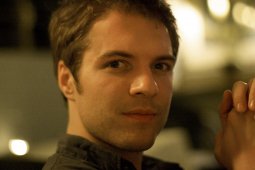 Paul Snyder
Paul Snyder: For each group of kids, we're cutting 20 spots. It's a process more of deciding what is more universally funny because so much funny stuff happens, and then figuring out, do we try to condense things we like that happened at different times into one :30--or just feature what's laugh out loud. It basically came down to our little focus group in our edit room and what made people laugh the hardest.

It's sort of the reverse of the usual edit process. I find that on a lot of the comedy spots, it's not funny until you construct the whole thing. With this, we're in a very limited edit situation--we've got three angles--it's funny, it's funny, and you try and make a spot out of it. And it's about trying to be true to what made you laugh when you screened the dailies, than it is trying to construct the context around something. You want the context that somebody else watches it in to be more like you watching the dailies, with it feeling live and as spontaneous as when you first saw it.

Creativity: What kind of dailies did you get? Was there way more than you'd get on a regular campaign? 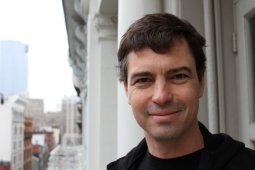 Charlie Johnston
Charlie Johnston: It's the same amount of stuff, they're rolling three cameras on each group. They shot multiple groups a day knowing that some groups would flame out. The very first campaign we did, they sold the scripts to the client, they spent an inordinate amount of time trying to get the script right with a group of unruly kids, and the kids knew their lies, but you got the sense that maybe the kids didn't totally understand the humor, or what the script was meant to convey. The scripts themselves never really captured the magic of kid logic. So in the first round there was a ton of dailies because they seemed to feel they didn't get the script right, and then I think in subsequent rounds they realized, let's shoot the script once and then, let's the kids run, because we all know that's what's going to air and not the script.

Mr. Snyder: It's unique in that because there are three cameras rolling, you can have an entire spot from 30 seconds of the dailies, whereas on something else, it's all kinds of different scenes, all kinds of different coverage. With this, you had some spots that were just like magical, where 22 seconds is how long it takes for [the actor] Beck Bennett to ask the question up till something really funny happens. And then in other cases it'll be something we pull from minutes apart. But there's just little moments could happen that would end up making the spot. There'd be virtually no edits, we'd do camera changes, whereas there'd be other ones that have a lot of sophisticated split screening to try and save time.

Creativity: What other factors when into creating the comedy?

Mr. Johnston: There were a lot of times in a lot of the later spots, there were these dead pauses that were hysterical. Maybe on set that wouldn't be funny--they were just dead air to fill. But Paul cut a spot, "High Five, and one of the creatives said he remembered that moment on set. He didn't even think that moment was funny, but in the edit you can take a special moment like that and make it into one of the better spots.

Creativity: What are the challenges of improvisational editing versus straight up script? Do you work a lot like this, or is this pretty atypical?

Mr. Johnston: I think this was atypical. One of the challenges was that there were some dead groups. It was easy to get sort of discouraged if you had a whole group and you screened all three hours of the dailies, you make selects, you spend a day trying to mine something funny and then think, is it in there, am I not seeing it? It was also discouraging, somewhat depressing when I'd go to Paul's room and say, "Paul, I've got this one spot and it's not even funny!" And Paul would have eight sequences already built from another group.

Creativity: What are your personal favorites from the campaign?

Mr. Johnston: A couple of my favorites didn't make it to air.

Mr. Snyder: Yeah, the one with the kid that talks about the TV wire? He was a genius. There was a spot that Charlie cut where the kid was miming what it was like to watch TV. He was using a remote, gasping and it looked like he was blowing on the TV. But he didn't explain that he was miming watching TV. So he does this bizarro mime and Beck says, "What are you doing?" And the kid says, "I was just watching TV going ooh and ahhh." I don't know if that'll ever see the light of day, but that was one of the funniest things I've ever seen in my life.

Mr. Johnston: With that same kid there was one beautiful moment. They were rambling, and just trying to find some magic, and they were talking about being rich. The kid says, "I don't measure wealth in terms of money.' Beck says, "Wow, what do you measure it in?" And the kids says, "Love and family." Then Beck says, "That's the most beautiful thing I've ever heard. Merry Christmas." And the kids goes, "I'm Jewish." That was one of the moments, everyone laughed on set, in the edit room, but it's not going to see the light of day.

Creativity: One of my favorites of the campaign is "Dizzy." What was that one like?

Mr. Johnston: Everything about that spot is fantastic. That was one of those unbelievable moments, where you thought there's no way this is going to get put to air, because it's not sell-y. And it's one of the best Beck moments. But he's almost a little bit cruel. He's a little bit dismissive to the girl, and the kid in the dailies, he was so out of control, such the class clown. In a way, after I'd screened all three hours, I was kind of frustrated with him. As the editor, and after three hours, you wish, damn I wish he were ten percent less hyper, because I would have had more spots out of them.

Mr. Snyder: There are some kids that are like ringers. They give you gold. There's a spot we'll probably never see where they brought in this girl from Chicago who flipped her eyelids upside down and had her hands in these crazy knots because she could tie her fingers up. She's like a genius, but it also means she kind of steals the stage from the other kids at the table. But the really good groups are the ones where there's a balance between the kids and they interact with each other. Like in "Dizzy."

Mr.Johnston: Even the girl across the table--she had personality and she was bossy. She's the one who says, "Too--oo, I'm absolutely positive!" When they balanced the groups out that's when we had gold. Some of the groups, one kid would dominate and when one kid dominates so heavily, usually it falls apart. You needed like a Jordan and a Pippen. You needed somebody out of control, but also a strong personality to counteract the craziness.