Brand Playbook explains what to consider before choosing a side or a cause
READ THIS NEXT
How to get the most out of brand collaborations
Credit: Ben & Jerry's 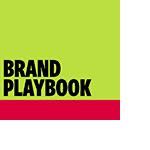 Known for humorous ads, Seventh Generation recently got serious, running a spot about climate change after Donald Trump’s latest State of the Union speech. The reaction was about as divided as the country. “I’m not too happy with Seventh Generation now,” one person told ad-scoring firm Ace Metrix, calling it “too political for me.” Another said, “I loved the message. It’s nice to see a brand actually care about climate change.”

The responses encapsulate the challenge brands face this election year. Studies suggest consumers will reward brands that take a stand and promote their values. But that is easier said than done, considering the political fault lines that exist in the Trump era. “Nobody’s trying to put out an ad that’s going to piss off half of the population unless you’re a political candidate,” says Peter Daboll, CEO of Ace Metrix, whose company tests every TV ad with a group of 500 viewers selected to track the country’s geographic and demographic composition. “I would expect brands to be pretty cautious.”

Of course, there is more pressure than ever for brands to be topical and, as the election nears, it will be on the top of everyone’s mind. Here are tips on how to enter the political fray without losing consumer support.

Four years ago, brands, just like pollsters, seemed to anticipate a Hillary Clinton win, only to be burned when Trump came out on top. Bud Light, for instance, used the 2016 Super Bowl to kick off its politically themed “Bud Light Party” campaign featuring comedic actors Amy Schumer and Seth Rogen supporting progressive causes, like equal pay for women and transgender rights. While it scored with some audiences, it failed where it mattered most: selling beer. “Immediately you are transporting the consumer into the Trump-versus-Hillary debate or any number of Senate debates or gubernatorial debates that are going on right now across the country. It’s totally into that generic wasteland of political advertising,” former Anheuser-Busch Chief Creative Officer Bob Lachky told Ad Age days before Trump’s victory.

Know who you are

While massive brands like Bud Light must appeal to all, niche brands can afford to be edgier. Seventh Generation, for instance, is equally as focused on environmentalism as it is on cleaning products. It was a founding company in the B Corporation movement of purpose-driven businesses, and even charges itself a carbon tax. Although Trump didn’t discuss climate change in his Feb. 4 State of the Union, the brand made a statement by launching its “Believe in a Seventh Generation” spot focused on climate change on ABC, CBS and NBC right after he spoke, featuring an archival recording from a State of the Union speech delivered by President Franklin D. Roosevelt in 1943.

“It was not a coincidence that we aired the ad at the back of the State of the Union,” says Seventh Generation Chief Marketing Officer Hanneke Willenborg. While the Unilever-owned company insists that it is nonpartisan and that climate change is an issue for all, the timing of the ad could be seen as a rebuke of the Trump administration’s environmental policies. Seventh Generation does not support individual candidates, Willenborg said.

What executives say and do matters

While few brands outwardly support candidates, the people running them often do, which can cause PR problems. Consider Kevin Plank, the former CEO of Under Armour, who caused a stir in 2017 for publicly praising Trump. It did not go over well with the company’s biggest endorsers, including Stephen Curry and Misty Copeland, both of whom criticized the CEO’s pro-Trump comments.

A brand like Ben & Jerry’s, long linked to progressive causes, would seemingly have more leeway. It has not been bashful about using flavors to highlight causes. “We call ourselves a social justice company that happens to make ice cream,” says Chris Miller, Ben & Jerry’s head of global activism strategy, who previously worked for Bernie Sanders and Greenpeace. Take, for example, Justice ReMix’d. The blend of cinnamon and chocolate ice cream with cinnamon bun dough and spicy brownies is meant to promote criminal justice reform.

But the Unilever brand faced backlash when one of its founders, Ben Cohen, showed his support of presidential hopeful Bernie Sanders in 2016 with his own product: Bernie’s Yearning ice cream. In 2019, after Cohen was named a national co-chair of Sanders’ presidential campaign, he introduced another one of his own flavors, Bernie’s Back. The flavor, from a brand called Ben’s Best, prompted confusion among some consumers who thought it came from Ben & Jerry’s. “I buy your ice cream all the time. No longer,” one person tweeted, according to a 2019 story from Delish.com. Miller stressed to Ad Age that “we have always been non-partisan, we don’t endorse candidates, nor do we endorse parties.”

Still, there is a perception among the public that brands backing causes favor Democrats. When polling firm YouGov recently asked “Do you agree or disagree with the following statement: I like brands that are willing to get involved in social issues,” 66 percent of Democrats agreed, compared with 26 percent of Republicans.

For brands targeting Republicans, the focus should be on the product “and keep the issues out of the ad,” says Ted Marzilli, CEO of YouGov’s ad platform, called YouGov Direct. Touting a product as American-made could also help with conservative consumers, because 48 percent of Republicans say they make an effort to support American businesses, compared with 26 percent of Democrats.

Even attempts to appeal to both parties with messages that aren’t overtly political carry risks.

In a 2020 Super Bowl ad, Budweiser appeared to play it safe with a unifying message called  “Typical Americans,” which juxtaposed negative stereotypes with imagery of people doing good deeds. For instance, when the voiceover said “look at him, touching other people’s things,” the image was a man pushing someone else’s car out of the snow. The ad scored in the top 5 percent in terms of empowerment, said Ace Metrix’s Daboll.

It was deemed “a little too political for my taste” by one woman who gave feedback to Ace Metrix. But it went over well with a man who stated that “In this era of Trump and acerbic polarization, this ad reminds the viewer just how great this country really is!!”

Get out the vote

Another way to play it safe is to simply promote voter turnout. Nearly 400 companies have signed onto “Time to Vote,” a nonpartisan effort to boost voter participation. Time to Vote companies say they’ll make it easier for employees to vote—offering paid time off, providing resources for mail-in ballots and early voting, even making it an Election Day free of meetings. The companies include the Carmichael Lynch, FleishmanHillard and Ketchum agencies, and retailers such as Best Buy, Dick’s Sporting Goods, Levi Strauss & Co., Patagonia, REI Co-op and Walmart.

How to get the most out of brand collaborations

How to set a marketing budget for an uncertain 2021

How brands should communicate safety while reopening businesses during COVID-19

How to use voice tech during COVID-19

How brands can reach moms during COVID-19

How to build a media network

How to leverage brand 'superfans'