Coming up: ‘a number of significant’ hires, a new website and live-streaming platform, among other technology updates
READ THIS NEXT
‘Biden’s Moment’: Watch conservative PAC The Lincoln Project’s most pro-Biden ad yet 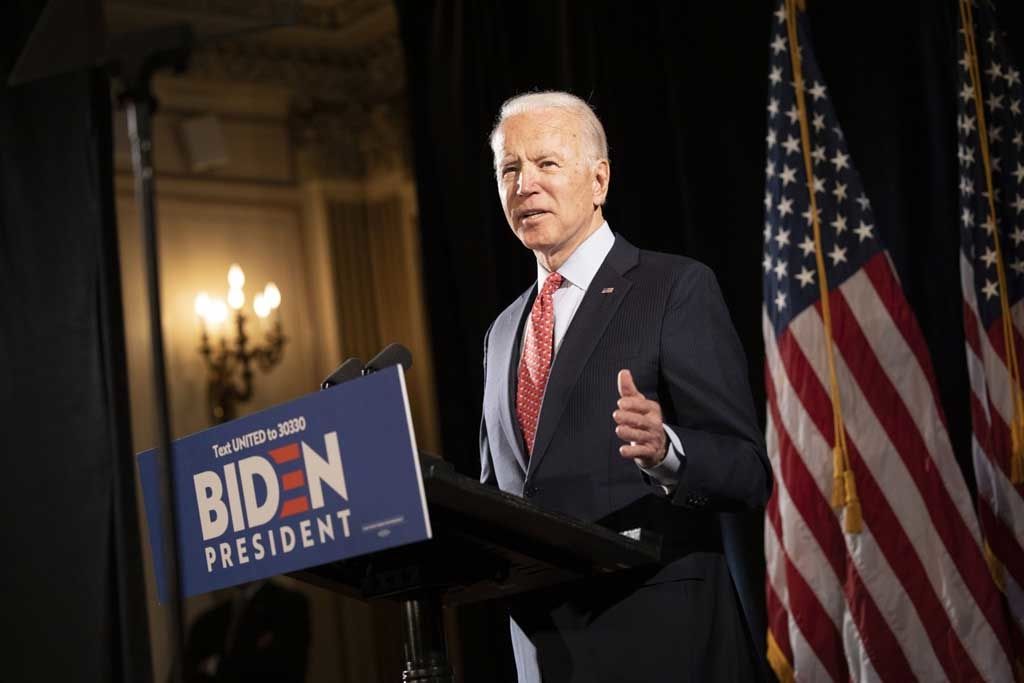 Joe Biden’s top advisers argued Friday that he is on a solid path to the presidency, even in electoral battleground states, as they try to ease concerns that his campaign has been slow to scale up for the general election.

Top campaign aides promised concrete steps to beef up their efforts, including “a number of significant” hires in the next 10 days, a new website and live-streaming platform, among other technology updates. Yet they insisted that Biden’s campaign was not hurt by having the presumptive Democratic nominee self-isolating from the coronavirus instead of on the campaign trail.

“I think everyone’s really adjusted to this new normal, so I truly believe voters, our volunteers, our activists and supporters, get as much on hearing from the VP and connecting with him in a virtual setting now as they would if he was out in person, so I really feel like we’re doing the business of campaigning in an aggressive way,” campaign manager Jen O’Malley Dillon said Friday on a conference call with reporters.

O’Malley Dillon argued that “our poll numbers continue to be ahead nationally and in battleground states.” She added that “while this is a topic that comes up a lot amongst us, you know, reporters asking us, it is not a topic that is represented in how voters are looking at the choice in this election or the kind of leadership they need, so we feel good about where we are and the work we’re doing to reach people now.”

Biden leads Trump by 4.5 percentage points in the RealClearPolitics average of national polls.

The campaign sees Arizona as a particular bright spot among new battleground states. “I’m bullish on Arizona,” O’Malley Dillon said, highlighting the gains Democrats have made in the state and the strength of Mark Kelly’s Senate campaign there. She added that they see Georgia and Texas, traditionally Republican states, as potential battlegrounds.

Biden is beginning his third month self-isolated at home, where he conducts interviews, fundraisers and livestreams from a basement studio.

President Donald Trump, who has largely not isolated himself during the pandemic, has traveled to Arizona and Pennsylvania, prompting some Democrats to worry that Biden’s decision to stay put gives the incumbent an unfair advantage.

O’Malley Dillon said the campaign was putting public safety first and would not begin public events “a day sooner” than officials say is appropriate.

She also said there is no plan to test Biden for COVID-19, a potential barrier to him resuming travel. Trump, Vice President Mike Pence and those they interact with are tested regularly with rapid tests. Two White House aides have tested positive for coronavirus.

Biden communications director Kate Bedingfield declined to say whether there are any plans for Biden’s team to request the same testing capabilities.

O’Malley Dillon said new hires would be announced in the next 10 days. Leadership responsible for battleground states will be on board in June, as well as more than 600 organizing staff for those states. The campaign expects some of those staff will be able to work person-to-person while others may have to remain remote, depending on local public health guidelines.

The Biden campaign and the Democratic National Committee have a combined $103 million in cash on hand.

“We feel very comfortable the campaign has the organization and the resources we need to win,” O’Malley Dillon said.

The coffers for Biden and the DNC climbed from $62 million at the end of March. Trump’s campaign, the Republican National Committee and two fundraising vehicles had a combined $255 million in the bank at the end of April.

O’Malley Dillon and chief strategist Mike Donilon pointed to state polls that show Biden winning in Florida, Pennsylvania, Michigan, Wisconsin as well as Arizona, arguing that Biden’s lead in those states six months from the election underscores Trump’s weakness as an incumbent, which they believe has been further damaged by his handling of the coronavirus pandemic.