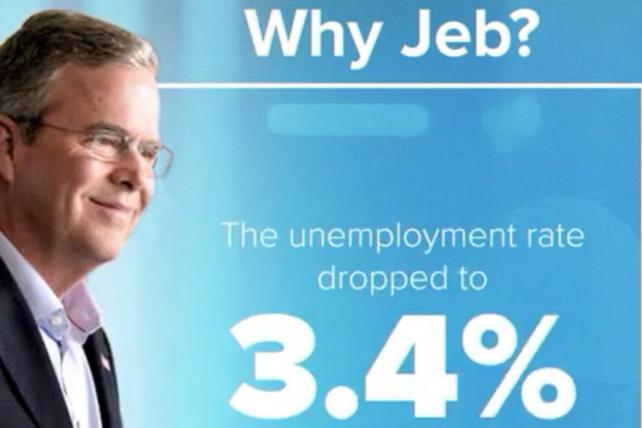 The group also plunked down more than $20 million on TV buys in early voting states of Iowa, New Hampshire and South Carolina for ads set to run later in September through the end of the year.

If organizations are not spending on data-related services, said Paul Lindsay, spokesman for Right to Rise, "they are not spending their money in a wise manner." The group, based in Los Angeles with fewer than 10 people on staff, has one employee dedicated to working with data and data consultants.

"I think it's expected for any organization that is targeting voters," he said of investing in data and analytics resources. "We are unable to coordinate with the [Jeb 2016] campaign…so we're running a parallel track in many ways," he said. "It makes sense to have good investments in data so we know who we're reaching out to."

Right to Rise spent $426,188 with Digital Core Campaign on data services through the end of June, and $157,183 on data services from CMDI, a Republican provider of tech and data management services for fundraising, emailing and FEC reporting. An additional $112,000 went towards list rentals, normally used by political groups to aim direct mail and email to previous donors. In total, Right to Rise spent nearly $700,000 on data-related services through the end of June.

"Our primary mission is to tell Jeb's story and his record of conservative accomplishment," said Mr. Lindsay.

Mr. Barkett, a former Facebook engineer and recent public critic of the RNC's approach to data and technology, confirmed his company's relationship with Right to Rise, but would not go into additional detail. Ad Age obtained the PAC's data spending from Federal Election Commission reports. Digital Core Campaign -- whose approach is patterned after the Facebook model of releasing technology in small, speedy doses then rapidly refining it -- is focused on analytics and the backend engineering required to make data work for campaigns.

Mr. Barkett's firm has also worked with the Jeb 2016 campaign, which paid Digital Core Campaign $64,216 in June for a "web service." When asked about the potential for illegal coordination between the Bush campaign and the PAC, Mr. Barkett responded via email, "I can't go into the specifics of what we did for any customer, but DCC works for many customers, and we have procedures in place to ensure that we comply with all regulations. It's very similar to how other vendors (like Google or Microsoft) work with many entities including multiple candidates, committees, etc."

While smaller election campaigns will be more reliant on party organizations to assist their data gathering and management efforts, larger statewide and presidential campaigns, along with their deep-pocketed PACs, can be expected to invest more cash than ever in enhanced voter data and analytics services. They'll use such services for refining field communications, to target digital, TV and mobile media buys, to manage new data coming in from the field and phone calls, and to measure effectiveness of campaign efforts for fundraising and persuasion purposes.

Last year alone, Ready for Hillary, the group that set up a formidable campaign infrastructure in early states for Hillary Clinton before she launched her official run, signaled the Super PAC data spending trend to come. The group spent more than a quarter of a million dollars on data and data-related services, not including the millions that went towards direct mail and online ad buys informed by that information.

Of course, the big money still goes to TV. According to Mr. Lindsay, Right to Rise bought $6 million worth of TV spots aimed at Iowa voters, $11.4 million worth in New Hampshire, and $3.9 million in TV ads targeting South Carolina voters. The ads are set to run starting Sept. 15 in Iowa and New Hampshire and Sept. 22 in South Carolina, and will be seen through the end of December.

Right to Rise has spent a lot less on digital media. The group's independent expenditure arm paid Revolution Media Group around $42,000 for digital media buys in New Hampshire, around $19,000 in Iowa and around $10,000 in South Carolina. Revolution also took in around $350,000 from the group for video- and photography-related services. Revolution handles much of Right to Rise's digital media efforts including display and video advertising, according to Mr. Lindsay.

In addition to video, display and TV buys, the group has worked with some emerging formats including Vine. On the night of the first Republican debate on August 6, Right to Rise launched a Vine graphic (shown above) on Twitter that speeds through several data points about Mr. Bush's governing record, and allows the viewer to pause the graphic on individual points such as "Unemployment rate dropped to 3.4%."

"The digital is cohesive with what the TV buys will be, which is telling Jeb's story," said Mr. Lindsay.