‘Maybe I’m Amazed’ gets a pandemic-era remake
READ THIS NEXT
‘Biden’s Moment’: Watch conservative PAC The Lincoln Project’s most pro-Biden ad yet 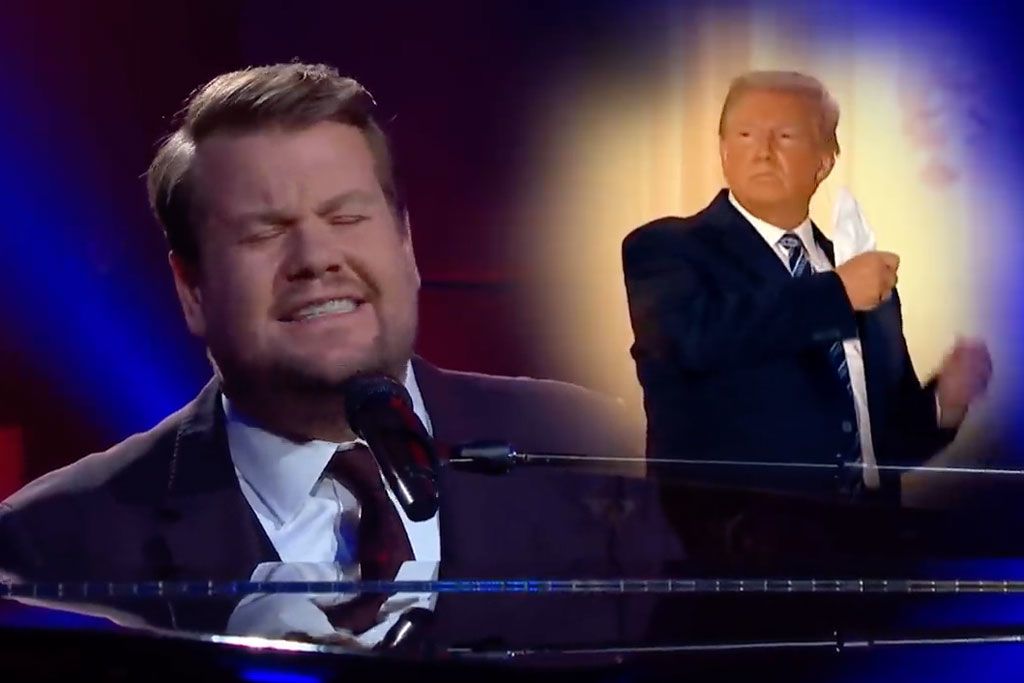 Jokes about President Trump’s latest utterances are, of course, a staple of late-night TV, but on last night’s “The Late Late Show” on CBS, host James Corden cranked things up a notch by performing a Trump-inspired spoof of a classic Paul McCartney song.

In the segment (below), the 1970 McCartney standard “Maybe I’m Amazed” gets reimagined as “Maybe I’m Immune”—words spoken by Trump on Monday, post-hospitalization, in a video released upon his return to the White House amid his personal battle with COVID-19. Corden performs his version at a piano bathed in dramatic concert-style lighting, with occasional inset video clips to illustrate a given line. It goes like this:

Maybe I’m immune,
because today I’m feeling so alive.
Just don’t be afraid of the way I’m breathing.
Maybe I’m immune,
it’s OK to go out for a ride,
with others trapped inside,
maybe I’m immune to the lies my doctors tell you.
(Here we see a clip of Dr. Sean Conley saying, “The fact of the matter is, he’s doing really well.”)

Maybe I’m a man,
and maybe I don’t wear a mask,
cuz I don’t care about others,
science I don’t really understand.
(Cue a clip of Trump’s notorious press conference in which he speculated about trying to knock out COVID-19 with disinfectants, such as bleach.)

Maybe I’m a man,
but maybe I’m just high from this experimental cocktail,
maybe I just need some oxygen.

Maybe I’m immune to the ways the polls are looking now,
maybe I’m afraid that it’s not fake news.
Maybe I’m immune to all the lies that I have made,
I shouldn’t have downplayed.
(Here we get a clip of Trump saying of COVID-19, “It affects virtually nobody.”)