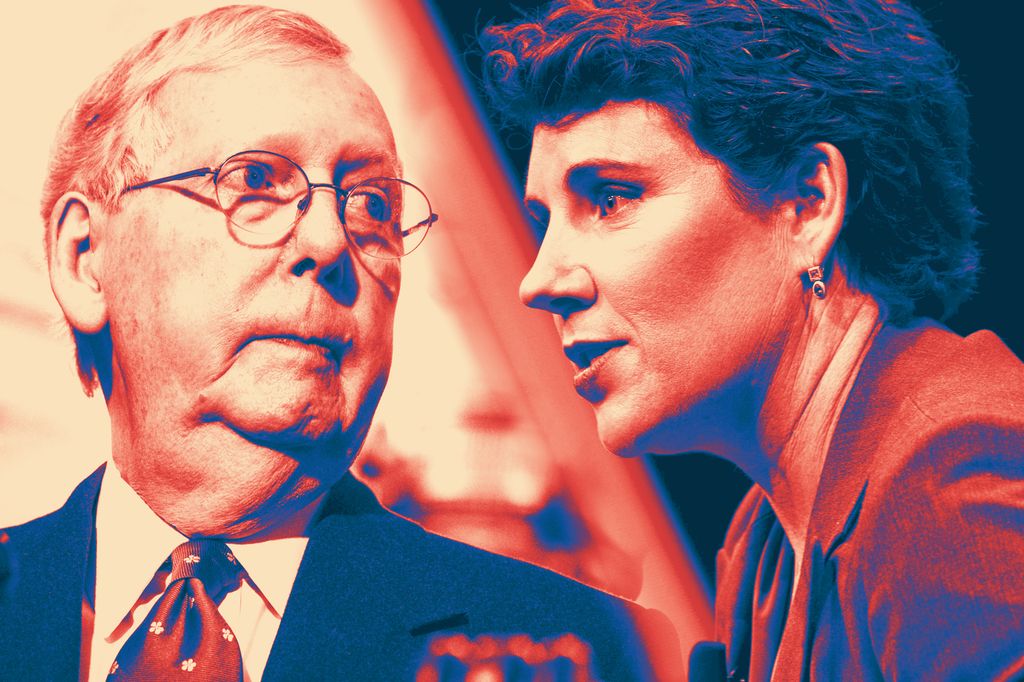 Victory over Mitch McConnell is not going to come cheap, if it comes at all.

Here’s what you need to know about the closely watched U.S. Senate race in Kentucky:

• McConnell and the PACs that support him have spent $17.7 million in TV and radio advertising so far, according to the latest Ad Age Campaign Ad Scorecard analysis—an ongoing project led by Ad Age Datacenter Director of Data Management Kevin Brown in partnership with Kantar/CMAG. Meanwhile, McGrath has spent $14.9 million (her campaign by itself, with no PAC support), while Charles Booker burned through $1.9 million (again without PAC money). An additional wrinkle to the narrative: Ad Age is also tracking a separate standalone ad category, anti-McConnell spots, that attack McConnell while stopping short of supporting his opponents.

• As per the most recent Federal Election Commission filings, McGrath’s campaign has raised $41.1 million vs. McConnell’s $32.8 million warchest. Which sounds like advantage-McGrath, except that the primary race was actually a major resource drain for McGrath. As political analyst Al Cross writes in the Courier-Journal of Louisville this morning,

Senate Majority Leader Mitch McConnell surely smiled as he watched Amy McGrath slip, stumble and nearly fall to state Rep. Charles Booker in the Democratic primary for his seat. The first challenger who could match Mr. Money dollar for dollar had to drain half her campaign fund to fend off an upstart who was the ideal surfer of a historic wave of outrage about police treatment of his fellow African Americans—and a clear voice for change on several fronts.

Cross additionally notes that McGrath eked out her primary win by less than 3 percent of the vote, “and it seems clear that if most ballots had been cast on primary day, not earlier by absentee, she would have lost.”

• That said, now that Booker is out of the picture, “In McConnell, McGrath Faces Opponent With Worse Approval Rating Than Trump,” as Newsweek puts it.

• As Ad Age noted in July 2019—see “Watch the launch campaign ad from Amy McGrath, the former marine fighter pilot challenging Mitch McCconnell”—McGrath offers a heroic personal narrative that stands in stark contrast to the entrenched machine-politician haze surrounding McConnell. But perhaps McConnell doesn’t need to attack McGrath; instead, he can vaguely just attack the politics she stands for as a Democrat in an appeal to conservative Kentucky voters. Many of those voters may hate McConnell, but they likely hate the idea of a liberal (any liberal) U.S. Senator representing them even more. Case in point, a new McConnell ad which doesn’t mention McGrath but stokes fear about “mobs” of social justice protesters:

• Meanwhile, McConnell has to face attacks on his record from not only McGrath but, it turns out, fellow Republicans. This ad, titled “#RichMitch,” put out by the conservative PAC The Lincoln Project in late May, has racked up more than 1.1 million views on YouTube alone:

•  Again, given that Charles Booker was a viable candidate and serious challenger for McGrath until this Tuesday, it’s a little early to make sense of polling surrounding the McConnell-McGrath match-up. But we’re keeping an eye on FiveThirtyEight’s running tally of Kentucky-focused polls right here.