A 'T' Has Its Way With a 'P,' and America Cringes
READ THIS NEXT
Watch The Lincoln Project’s data-driven viral video, plus a young poet’s instant fame by the numbers: Datacenter Weekly 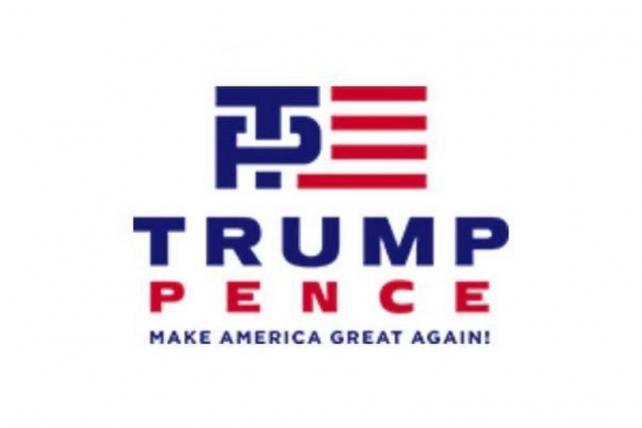 Donald Trump is known for offending entire demographic groups -- including women, Hispanics and Muslims -- but today he may have taken things too far. In the wake of Mr. Trump naming Indiana Governor Mike Pence as his running mate, the Trump campaign has unveiled a new Trump-Pence logo that has graphic designers everywhere throwing up in their mouths a little bit -- and concerned parents shielding the eyes of their innocent children.

The logo brazenly depicts the stem of the "T" in Trump fully penetrating the "P" in Pence.

As Matt Negrin of Bloomberg Politics noted on Twitter,

Todd Zwillich of WNYC detected a bro-ish attitude in the rapey "T":

Hecktic Media VP Andrew Hickey was somehow able to unearth video of the "a-ha" moment that led to the logo's creation:

Congressman Alan Grayson of Florida stopped short of using the "F" word but was still able to convey his interpretation of the logo:

You might want to clear your browser history after you hit the "play" button on this GIF served up by Samantha Bee:

And finally, to help out broadcasters, Bloomberg's Negrin kindly created a SFW version of the logo: