So Far in General Election, Trump Campaign Showing TV Ad Spending of Only About $4M Per Week 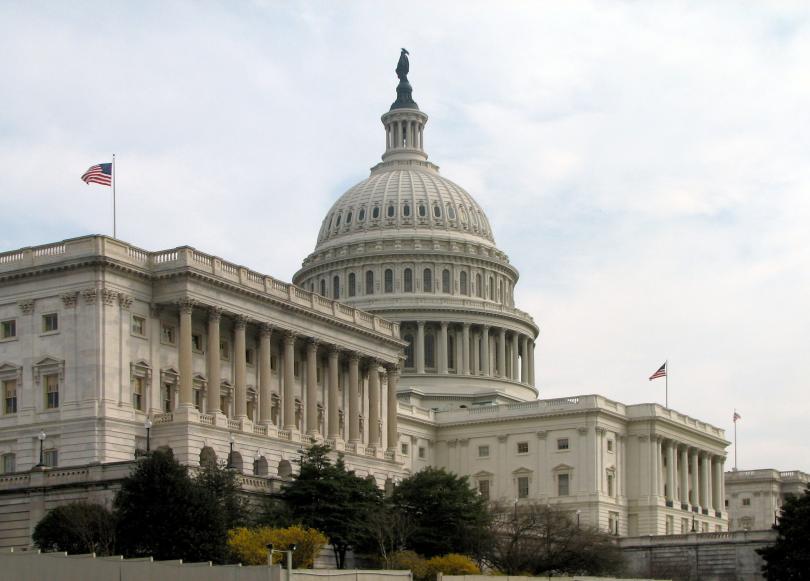 The U.S. Capitol Building in Washington, DC, as seen from the U.S. Senate Chamber side.
Credit:

In another sign of the unusual nature of this election year, slightly more has been spent thus far on general-election broadcast TV ads targeting U.S. Senate contests than on those for the White House race.

A Bloomberg Politics analysis of data from ad-tracking firm Kantar Media/CMAG shows $129.3 million has been spent through Aug. 29 on the general-election phase of 18 Senate races, compared to $128.4 million that's been plowed into TV ads for the presidential campaign.

In a normal election cycle, ad spending on the presidential race would typically exceed Senate totals. Through the first eight months of 2012, for example, $350 million had been spent on general-election ads for the presidential race, CMAG data shows, while just $70 million had been spent on 22 Senate races. In 2008, there had been $127 million in general-election presidential broadcast advertising by this point, compared to $20 million for 15 Senate races.

This year's change can largely be explained by Donald Trump's late -- and only modest -- foray into advertising. The Republican presidential nominee didn't run his first general-election ad until Aug. 19, roughly two months after Democratic nominee Hillary Clinton went on the air with hers. Super political action committees have also become more involved with this year's Senate races, boosting spending totals.

Whether 2016 Senate ad spending will continue to exceed presidential outlays this year is hard to predict, especially given Mr. Trump's off-and-on commitment to campaign advertising.

But there's reason to suspect it could, with Mr. Trump so far showing TV ad spending of only about $4 million per week. General-election spending on Senate races, meanwhile, is likely to accelerate following the completion of primaries this week in Florida and Arizona, both large and costly states in which to advertise.

"This helps alleviate some of the financial pain -- but not all of it -- that local TV stations are feeling with the steep downturn in advertising in the presidential race," said Ken Goldstein, a University of San Francisco professor who is a Bloomberg Politics polling and advertising analyst. "Many top Republican donors are hesitant to send money to Mr. Trump's campaign, so that money is going elsewhere."

Only about $5.5 million has been spent so far on general-election broadcast TV advertising for U.S. House races, mostly in more rural districts. Races for congressional seats normally rank last in broadcast ad spending because the districts are smaller and, in terms of impact per dollar spent, their boundaries seldom match the footprint of broadcast markets.

The Senate spending comes as Democrats feel increasingly optimistic about their prospects of retaking control of the chamber, given the potential that any Trump weakness could hurt his party's candidates down the ballot. That may result in additional donor resources being directed to Senate races.

Democrats need a net gain of four or five seats to secure Senate control, depending on whether Trump or Clinton wins the White House. They now hold 46 seats, if two independents who caucus with Democrats are included, while Republicans control 54.

Overall, those trying to influence general-election Senate races had aired 165,123 broadcast TV spots through Aug. 29. That compares to 147,299 in the presidential race.

On the air, the most intense U.S. Senate contest to date is in the presidential battleground of New Hampshire, at least when dollars spent on general-election broadcast TV advertising are weighted to equalize for state size.

More than $18 million of general-election ads have already run in the Granite State for a race expected to pit Republican Senator Kelly Ayotte against Democratic Governor Maggie Hassan. That amounts to about $4.5 million for each of the state's four electoral votes.

Based on the number of congressional districts in a state, electoral votes typically only come into play in presidential elections. Still, they offer a handy denominator when trying to compare states and normalize for dollars spent.

Ads classified as general-election spots have been running for more than three months in New Hampshire, even though the state's primary isn't until Sept. 13. That nominating contest, in which the current leading candidates aren't viewed as vulnerable, will be the last to be held in a state with a Senate race this year.

One exception to that is Louisiana, which holds a so-called "jungle primary" on Election Day. In that contest, the top two vote-getters from all balloting will advance to a December runoff, if no candidate manages to win more than 50%.

New Hampshire's totals have been boosted in part because it's an inefficient place to advertise. Statewide candidates need to buy the costly Boston media market to get their messages to voters living in the southern part of the state. So far, 81% of the dollars spent in the race have been devoted to the Boston market, the data shows.

The spending comes as the race in New Hampshire is shaping up as one of the closest in the nation, with the average of recent polls compiled by RealClear Politics showing Hassan up by just 1 percentage point. Ms. Ayotte has kept her distance from Mr. Trump, despite being in a competitive contest where a candidate would typically embrace attention from the top of the ticket.

"It's one of the nation's most purple states, so it's going to be heavily targeted," said Linda Fowler, a government professor at Dartmouth College and longtime watcher of New Hampshire politics.

Prof. Fowler predicted that advertising will continue to be heavy in New Hampshire's Senate race.

"The Democrats have a far superior get-out-the-vote operation," she said. "The Republicans sort of don't have much choice but to rely on these expensive ads."

That $38.2 million total in Ohio represents the highest overall 2016 spending so far on Senate race general-election advertising. The contest features Republican Senator Rob Portman pitted against Democrat Ted Strickland, a former governor who has trailed in the polls.

In terms of total spots run, two Midwest Democrats seeking to return to the exclusive club they once inhabited are the top general-election advertisers so far among Senate candidates, when outside groups aren't included.

Former Senator Russ Feingold of Wisconsin has run the most TV broadcast ads of any Senate candidate, airing more than 9,600 at an estimate cost of $3.1 million. He's run more than four times as many as incumbent Republican Ron Johnson, a businessman who ousted him in 2010.

Mr. Feingold, who is leading in state polls, is followed in spot count by former Senator Evan Bayh of Indiana, who has run more than 8,100 spots since he entered the race in July, at an estimated cost of $3.5 million. Mr. Bayh, who retired in 2010 after two terms, started the campaign with $9.4 million in left-over campaign funds.

Wisconsin and Indiana offer Democrats two of their best opportunities to gain seats as they seek to retake the chamber from Republicans.