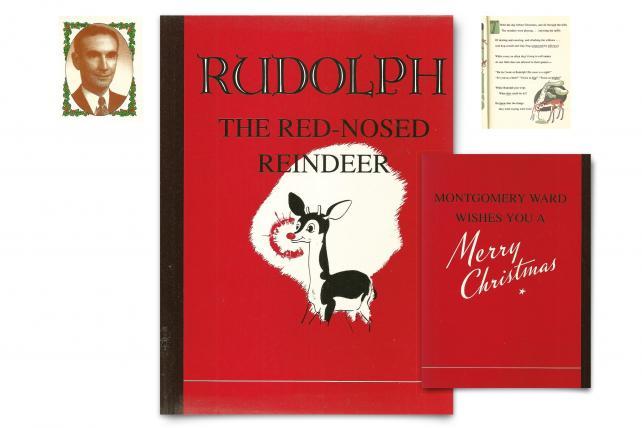 Sorry, Virginia, not only is Santa pretend, but as many know, in 1931 Coca-Cola gave him his great consumer makeover, shaping him into the jolly big-bellied fella we love today.

Less known, however, is that the beloved Christmas mainstay who lights Santa's way, Rudolph the Red-Nosed Reindeer, was invented by an American ad copywriter in 1939.

Rudy's creator, Robert Lewis May, wrote for Montgomery Ward (aka Monkey Ward), the first mail-order catalog business, which by the late '30s had grown into 531 retail stores. (Today, it's once again a catalog-only online retailer.)

MW was giving away coloring books to kids at Christmastime when it decided to create its own in-house booklet, both to economize and build in-store traffic. May was told to write a tale about an animal.

His story of the misfit reindeer who saved that "foggy Christmas eve" was a hit, and the retailer distributed some 2.4 million copies. In 1946, a song version written by May's brother-in-law and sung by Gene Autry topped the radio charts, leading to the 1948 Max Fleischer cartoon, the best-selling Little Golden Books series in the '50s, the famous 1964 stop-motion animated TV special and an unending merchandising empire.

May said he made Rudolph a reindeer because his daughter loved the animal, and based the peewee persona on himself, as he remembered being a runty kid not picked for teams.

Of course, words like "disability" and "inclusion" were not commonly used in the Depression era. But the idea that a young buck with a red honker could save Christmas is a universal fable that still has wings.