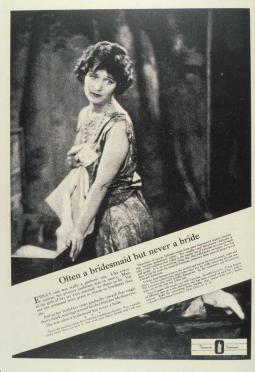 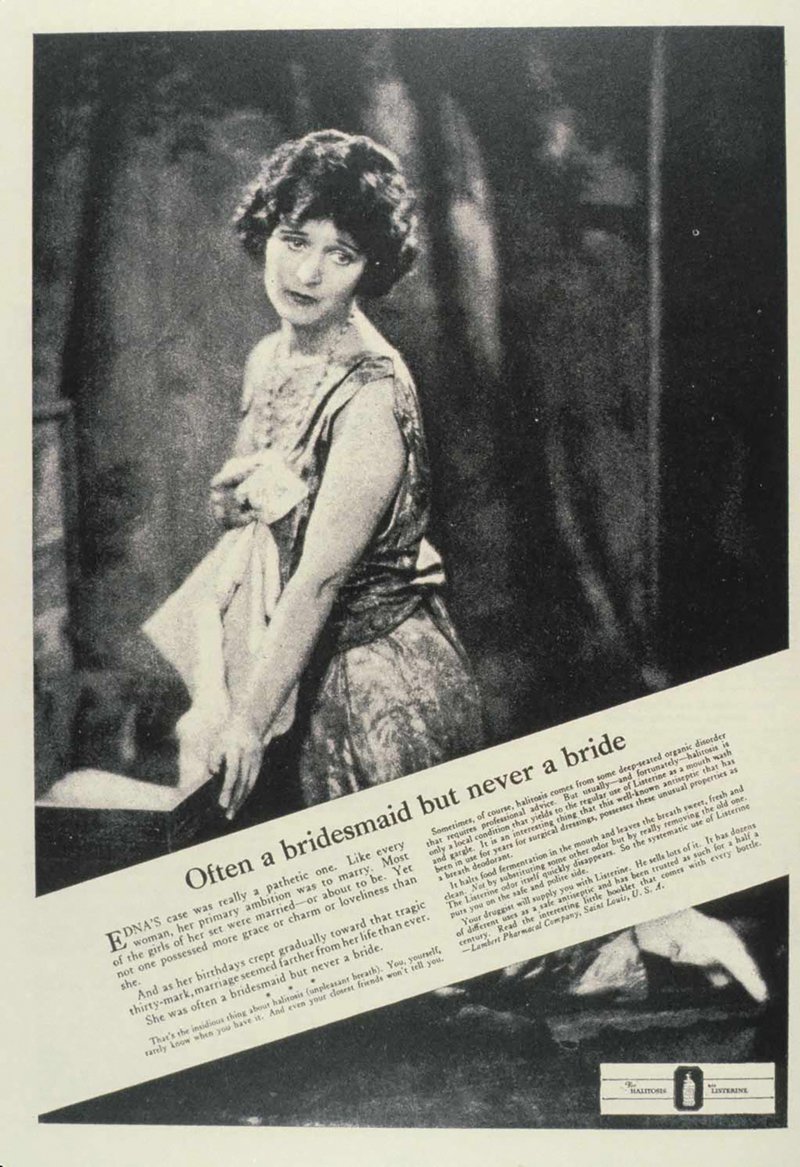 "Edna's case was really a pathetic one," the copy reads. "Like every woman, her primary ambition was to marry. ... As her birthdays crept gradually toward that tragic thirty mark, marriage seemed farther from her life than ever." Amping up the pitiful, Edna is in tears. Why, Edna, why? Halitosis, of course. And "even your closest friends won't tell you."

Thus, this 1925 Listerine ad catapulted "Often a bridesmaid but never a bride" into the American consciousness as a shorthand for the-last-girl-picked-for-anything, the one who craves the spotlight but never gets it.

Listerine was formulated in 1879, but it was decades later that the creator's son, Gerard Lambert, read the term "halitosis" in a medical journal and had his eureka moment.

Bad breath became big business: According to the Listerine website, sales went from $115,000 a year in 1921 to $4 million a year by 1927. By the late 1920s, Listerine was the country's third-largest print advertiser.

Now a Johnson & Johnson product, Listerine is part of an "oral hygiene" category that has exploded into a $6 billion industry. Its most recent global campaign, begun in 2016, makes use of the line, "Bring Out the Bold." But today's ads will never have the same rocket power as the one lambasting poor Edna. Back then it was possible to believe that we could change our futures with a swish.