Op-ed: 3 reasons marketers are foolish to ignore Africa (rapid growth is only part of it)

Some people in D.C. may have no problem disparaging African countries and their inhabitants, but to digital marketers everywhere: Ignore or underestimate the potential of African consumers at your own peril.

By 2025, the continent, which currently has a population of 1.1 billion, will be home to 20 percent of the world's population, according to McKinsey & Company. "Africa has seen the fastest growth rates, with the number of internet users across the continent increasing by more than 20 percent year-on-year," according to a 2018 report by Hootsuite and We Are Social.

A few key facts for marketers to keep in mind:

A huge number of digital consumers in Africa are mobile-only. As of August 2017, mobile devices accounted for around 52 percent of web page views worldwide. Kenya registered the highest rate of internet traffic coming from mobile devices, while Nigeria and Ghana ranked in the top six.

It stands to reason, then, that social channels in Africa are exploding, too, making individual consumers easier and easier to reach. The year-over-year social media growth rate in Ghana from 2017 to 2018 was 22 percent. South Africa saw a 20 percent growth rate, and Kenya saw 15 percent.

As consumers evolve at the breakneck speed of innovation, brands must adjust their investments to keep pace. Nowhere are opportunities riper than in Africa. Right now, there are tens of millions of digital-savvy, mobile-ready consumers primed to engage with you and your brand.

Africa is urban and forward-thinking

So what's keeping marketers away from the region? Wrong but persistent misconceptions about the continent have dissuaded many from seeing Africa as a viable market. This belies the truth that although 47 percent of people living in sub-Saharan Africa make less than $1.25 each day, one-third of Africans are middle class. And six of the world's 10 fastest-growing economies are African, according to McKinsey.

This simply is not the backward "dark continent" it is often portrayed as. Take sustainable energy, for example. An impressive 50 percent of Kenya's energy comes from hydroelectricity. And as of 2008, a rapidly increasing 39 percent of African consumers lived in urban areas. Lagos, Nigeria, for example, has a population of 21 million—more than double that of urban London.

In less than a decade, around two-thirds of more than 300 million African households will earn discretionary income, propelling the continent's gross domestic product growth from 4.9 percent to 6.2 percent, according to McKinsey. Today, more than half of income earners fall between the consumer sweet spot of ages 16 to 34.

These numbers are eye-popping and no doubt whet marketers' appetites, yet they may not tell the whole story. More than half of working adults in Africa derive income from informal activities, and many Africans transfer this income across family networks, making capturing this data iffy at best.

Truth be told, the story of Africa's buying power is likely more encouraging than the numbers alone depict. To succeed, brands need to understand how markets change and expand access to broader groups of consumers.

Emerging markets across Africa have never been more ready—or more accessible. And contrary some people's opinions, Africa is not a continent of thatched roof huts. A new consumer class in Africa is poised to spend $400 billion over the next decade—much of the buying powered by mobile devices. It would be a shame—if not detrimental to marketers' busines—to ignore it. 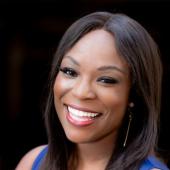 Dara Treseder
Dara Treseder is the chief marketing officer for GE Business Innovations, which includes GE Ventures, Business Creation, Licensing, and New Market Development. Dara has been recognized in Ad Age as a "Woman to Watch," in Inc. Magazine as one of "30 Inspirational Women to Watch in Tech," and in Forbes as a top marketing expert. Prior to joining GE, Dara led marketing and growth efforts at Apple and Goldman Sachs. Dara is also an internationally recognized champion of public health, women's issues, and diversity initiatives. She serves on the board of directors of the Public Health Institute and as an advisor to UN Women initiatives.
View all articles by this author

The quest for better interview questions

The business of vacations

'Who trusts the salesperson?' Salesforce CMO on the trust conundrum

How to Become a Transformational CMO: Rethink Your Category

Everyone in Business Needs to Be a Student of Marketing