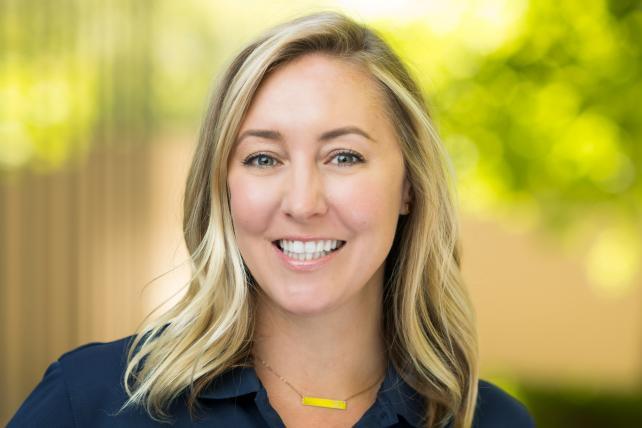 Just about 50 years ago, futurist Alvin Toffler predicted that as our lives became increasingly dominated by technology, we'd feel an increased desire for human interactions. This "high-tech/high-touch" phenomenon is embodied in the rise of social networks, both of the virtual and physical variety (just look at the increase in associations and trade show attendance). It also helps explain the extraordinary success of video conferencing in general and more specifically, a seven-year old upstart called Zoom.

In speaking with Zoom's CMO Janine Pelosi, you can hear the echoes of Toffler's advice. Rather than point out the attributes of its service, Zoom's advertising focuses on the emotional connections you can make via their service. And rather than put all their dollars in digital, Zoom relies on outdoor to spread its "Meet Happy" gospel around the globe. Doing all their ad work in house and staying focused, Zoom enjoyed 135% user growth and 100% revenue growth in the past year. Toffler would be touched.

What was the idea behind the "Meet Happy" campaign?

If you rewind before "Meet Happy" we had "video conferencing that doesn't suck." That came from our customers who we kept asking "why Zoom?" and they said, "well it just doesn't suck." And I realized the bar seems to be pretty low here, but we decided to stick it on a billboard anyway. We got some good feedback; we got people that didn't like the word suck. And we were in a time where a lot was going on in the political landscape. There were a lot of crappy things in the news, and we said let's switch things up a bit, we've got the brand awareness, let's switch to "Meet Happy" and it took off. We thought it would start out as just a blip, but it's become a part of our brand. And I think anything we do moving forward will have some element of that.

How did you go about executing this campaign?

We know that most people, when they wake up in the morning, are going to go through their e-mails, check their calendar and social channels. But there's so much noise in digital, and we know our spending is going to be lower than most folks in our space and b-to-b in general. So, we've made billboards a big part of what we do with different approaches in each market. In London, for example, we have around 400 taxis rolling around. We do things on BART here in the Bay Area, and the Tube in London. And depending on the market, we'll add in radio.

How does digital fit into your plan?

We leverage digital in a way that is more for demand capture. People throw around the term demand generation a lot, and that's just marketing in my mind. There's the stuff you do to create demand and then the things you do to capture it. And so, we use digital more as a capture mechanism.

How should you go about measuring outdoor marketing?

It's a combination of things. We have built a homegrown attribution system which is a piece of it. We look at the data that's readily available. And that's going to vary from business to business. But you're going to know those KPIs that can tell you whether you're making an impact in a certain market or with a certain segment. And so, I think it comes down to us aggregating that data and looking at it frequently.

How do you make sure that your ads and media choices are relevant in all your markets?

It helps that we do all of our creative and media buying in-house. In the process, we've been building relationships with a lot of different vendors in different markets. But you have to know each market. You have to sometimes stand in the street in London and see what's going to affect you. We're marketing to people. These are humans at the end of the day, and I think all too often that's forgotten. I think it's going into each market and understanding what makes sense for your business.

Is there some secret sauce behind what you're doing?

Even just hearing you ask that I'm like wow it doesn't sound like anything that exciting, and I think it comes down to us. We take a practical approach to our marketing. We try and not overthink things. There are lots of tools in the marketing space, in b-tob and tech, and I think it comes down to knowing your business and what you think is going to make an impact. But regarding a secret sauce, I think it's keeping things simple and practical, and staying focused.

Does this idea extend past marketing?

This idea obviously extends past marketing. We're out there making this promise to the world, screaming from the rooftops. But continuing to keep the product focused, continuing to keep our sales teams and the rest of our employees humble is key. Humble would be a theme here because I believe we have the best product in the market in our space. But if you go out there and are bashing competitors, it just doesn't make anybody look good.

So, how does "Meet Happy" work internally?

To meet happy is the cool thing to do here from a culture standpoint. The other thing is that no one's ever going to get fired here for doing the right thing or having good intentions, it wouldn't happen. Our employees feel very enabled to do right by the customer. Whether that's providing support to a free user who's never going to pay us or someone who's trying to figure out how to meet with their grandmother who is six thousand miles away on the consumer side of things or somebody that's doing a webinar for the first time and they feel like their whole business is riding on it. So, our support team will spend extra time with those customers in all areas of their journey.

Next, Ad Age's biggest event of the year, has added new speakers including Pras Michél, the Fugees co-founder now creating Blacture; David Dancer, CMO at MedMen, the marijuana dispensaries operator; Meiling Tan, head of marketing at Waymo; Natalia Oberti Noguera, founder and CEO of Pipeline Angels, the network of women investors; Dara Treseder, chief marketing officer at GE Ventures; and Jen Wong, the chief operating officer at Reddit. They join a Next lineup already stacked with CEOs, investors, founders, innovators and marketing leaders, coming together Nov. 13 and 14 in New York to describe the near future in everything from AI to food. Aug. 15 is the last day for early-bird tickets; regular pricing begins Aug. 16.