It's official: Water is the new beverage king.

The change at the top has long been anticipated with soda's woes mounting in recent years as result of health concerns and consistent targeting by activist groups, which have pushed measures like taxes on sugary drinks. 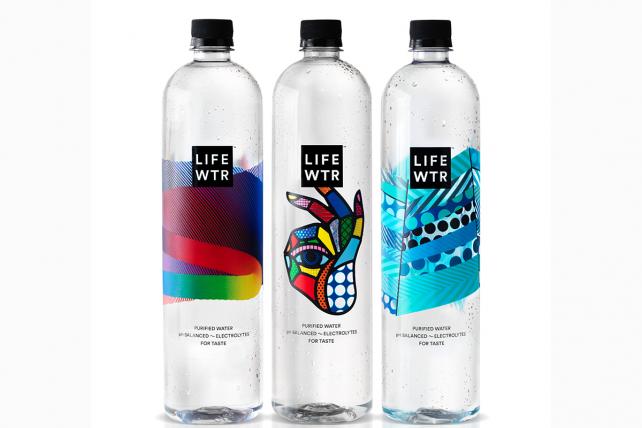 "Bottled water effectively reshaped the beverage marketplace," Michael Bellas, chairman-CEO of Beverage Marketing Corp., said in a statement. "When Perrier first entered the country in the 1970s, few would have predicted the heights to which bottled water would eventually climb. Where once it would have been unimaginable to see Americans walking down the street carrying plastic bottles of water, or driving around with them in their cars' cup holders, now that's the norm."

The changing dynamics have reshaped beverage marketing. The Super Bowl, long home to glitzy soda marketing, was used by two premium bottled water brands this year to run in-game ads. They included PepsiCo, which opted to run a spot for its new Lifewtr brand instead of its flagship cola. Wonderful Company's Fiji bottled water brand also ran a Super Bowl ad. Soda marketers such as Coca Cola Co. are still spending heavily on advertising, but they have shifted their strategy to emphasize smaller pack sizes, while prioritizing profit growth over volume growth.