Along with a new campaign, Activia is funding research on whether the microbiome can predict COVID-19 severity
READ THIS NEXT
Six takeaways from Ad Age and Verizon Media’s wine chat on branded storytelling 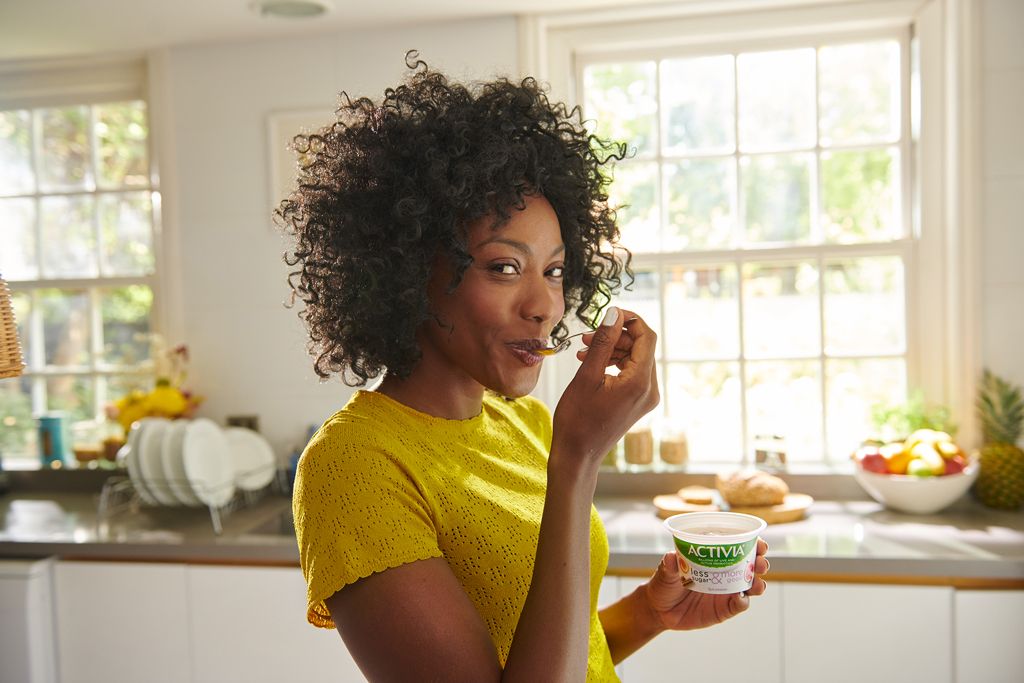 Activia is out with an upbeat message about gut health that ticks through the alphabet while showcasing a diverse cast to broaden the probiotics-filled yogurt brand’s appeal among younger women.

The Danone Groupe brand has long emphasized how the probiotics in its products support gut health. In 2019, it showcased people’s bellies in ads. And while it has moved well beyond its Jamie Lee Curtis-era ads, Activia is still often seen as one for an older demographic. But the brand says there are more consumers out there, including younger adults, who are interested in products with probiotics.

Google searches on gut health have risen by more than 400 percent over the last five years, says Sonika Patel, VP of marketing for Danone North America.

“Our goal was to talk to Gen Z and millennials about the importance of gut health,” she says.

The campaign is the first work for the brand from David, an agency it hired in 2019. Activia, the fifth-largest yogurt brand in the U.S., most recently worked with VMLY&R.

“I feel like it brings some freshness to the brand,” says Patel, who joined Danone in 2019.

The work includes four spots, with voiceovers from rapper Nayim Edwards, including a 30-second anthem spot. The brand’s new tagline is “Your Gut is Where it All Begins. Start with Activia.”

The ads feature women in a variety of sizes, abilities and ethnicities. “We believe that all people should feel empowered to support their gut health and it is important for us to reflect that in our communications,” says Patel. “We’re hoping that everyone can see a little of themselves in this ad.”

The campaign was slated to debut earlier in 2020, until COVID-19 became a concern. Patel says the brand decided to instead run spots focused on staying well while staying inside during the pandemic. Now, after a few months, Activia was eager to introduce the new campaign.

“If anything, the message and the importance of gut health is even more important now than it was before,” says Patel.

Activia is funding a study with Rutgers University that will look at whether the health of the microbiome can predict the severity of illness among people exposed to COVID-19, including hundreds of frontline healthcare workers. The study includes monitoring changes by testing the participants, tracking their health throughout the year. Activia says it is the first study of its kind. Research began in June.

The campaign includes TV, digital, in-store and an updated site and social media presence. There are also plans to work on collaborations, including with influencers, but Patel didn’t share details.

For now, social takes a bit of a pause as Danone has said it won’t advertise on Facebook and Instagram, a decision that took effect on July 1. “With our latest evaluation, it has become clear to us that more needs to be done to combat hate speech and drive sustained systemic change at the industry level,” Gemma Hart, VP of communications and community affairs, Danone North America, said in a statement.