D-to-c brand says Amazon should mimic its eco-friendly materials, too.
READ THIS NEXT
A regularly updated blog tracking brands' responses to racial injustice 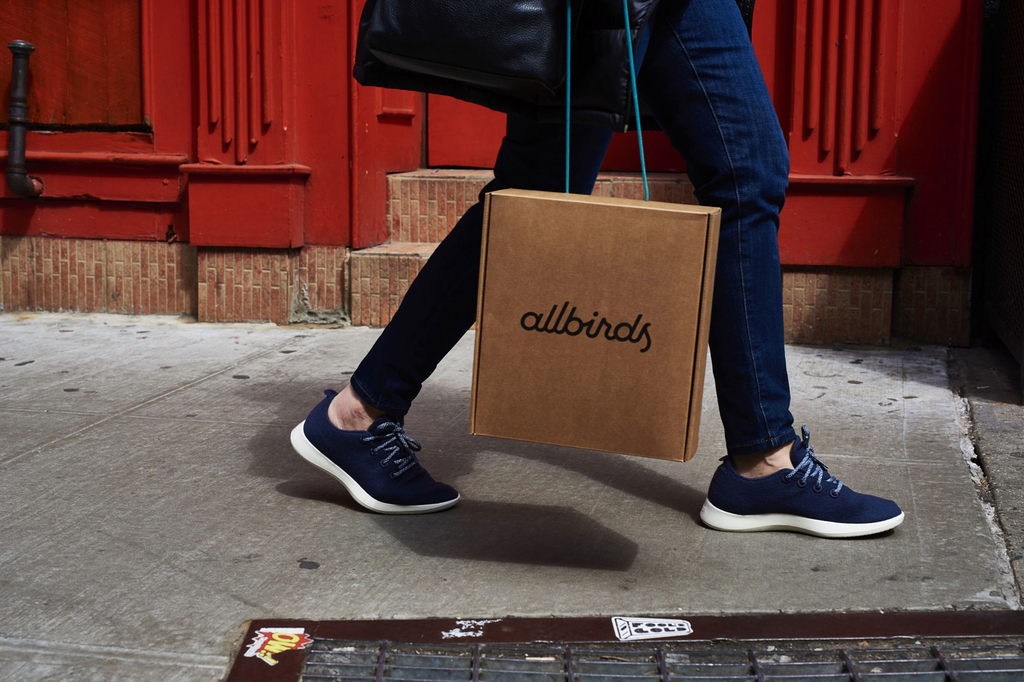 Allbirds says if Amazon is going to mimic the look of its sneaker, it should mimic the eco-friendly materials, too.

Tech-bro shoemaker Allbirds is calling out Amazon.com for copying a pair of its $95 sneakers made from fine merino wool and selling them for one-third the price, the latest brand backlash against the world’s biggest online retailer.

Allbirds Inc. co-founder Joseph Zwillinger says Amazon should mimic its eco-friendly materials as well if it’s going to mimic the look of its trendy sneaker.

“We are flattered at the similarities that your private-label shoe shares with ours, but hoped the commonalities would include these environmentally friendly materials as well,” Zwillinger wrote in a Medium post Monday, offering help in securing the materials. An Amazon spokeswoman declined to comment.

Allbirds is the latest brand to take a swipe at Amazon, which has launched more than 1,000 private-label products—from furniture and tortilla chips to phone chargers and adult diapers. Williams-Sonoma Inc. last year sued Amazon, alleging that one of its private-label orb chairs was “strikingly similar” to one sold by its own West Elm brand.

Amazon maintains private-label products represent a small percentage of its overall sales and are necessary to make sure customers can find the products they’re looking for. Some brands are skittish about selling products on Amazon since fakes flourish on the site and they worry Amazon controls too much of the customer relationship. Nike Inc. is the latest brand to stop selling directly to Amazon, preferring to pursue a direct-to-consumer strategy. Birkenstock has also had its share of issues with the platform because of an increase in counterfeits.

Allbirds has been vocal about its stance on copycats before—the brand’s top marketer Julie Channing told Ad Age earlier this year that “imitation is the best form of flattery,” but highlighted the fact that Allbirds is a “brand built on purpose.” Yet this is the first time Zwillinger has been so direct about the issue.

Experts expect it's a problem that will continue to creep up for Amazon. Will Tjernlund, co-founder of Goat Consulting, which helps brands sell better on Amazon, says that he often hears from brands that they don’t want to sell on the platform because they are concerned about Amazon knockoffs. He said brands should try to build a “cult” following, as Allbirds has done. In addition, for Amazon, he notes that the platform might be more careful in which brands it copies—the bad press from Zwillinger's post could exceed any profit Amazon might get from selling a few copycat shoes, Tjernlund says.

“If you're going to look at what trends are hot and say, 'We can do it cheaper,’ be more careful about who you go after,” he adds.

Democratic presidential candidate Elizabeth Warren has proposed prohibiting Amazon from competing against the third-party merchants that generate most of the company’s sales.