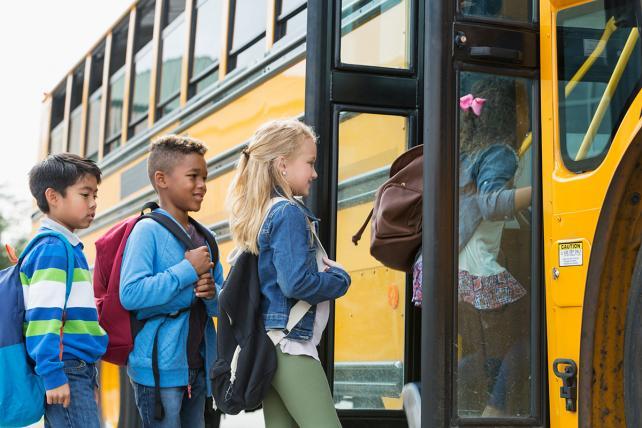 Target this week sent an email to consumers proclaiming, "The early bird gets the sweet uniform deals." And nowadays, the early marketer gets the sweet sales. Thanks to more deal-savvy shoppers and the growing competition of Amazon Prime Day, which this year will run for 36 hours beginning in the afternoon on July 16, retailers are promoting back-to-school campaigns early and often.

The bulk of back-to-school spending is still dictated by school schedules and concentrated within the period from the last week of July through the end of August, notes Jon Swallen, chief research officer at Kantar Media. That's good enough for Amazon.

"Prime Day is well-timed to be able to capitalize on that—it's right at the beginning of when people are beginning to think about back-to-school purchases," Swallen says.

Marketers have been spending less on the period—the second-largest shopping season after holiday—in recent years as overall retail sales decline. Last year, back-to-school marketing expenditures l from top retailers declined 20 percent from 2016 to $166.5 million, according to Kantar Media. While Target had a one-off corporate campaign in 2016 that skewed its results, the majority of retailers are simply pulling back as a result of declining sales, Kantar found.

The National Retail Federation expects consumers to spend slightly less on back-to-school shopping this year—$82.8 billion, compared with last year's $83.6 billion, according to a survey it conducted with Proper Insights and Analytics.

Experts are not surprised at the early flurry of deals, however, as brands compete for their piece of the diminishing pie. According to Adobe Analytics, there could be also be a halo effect around Prime Day, as other retailers take advantage of shoppers' spending mindset.

"Other retailers are increasingly jumping on the Amazon Prime Day bandwagon with competing sales of their own," says Taylor Schreiner, director at Adobe Digital Insights.

In early July, retailers such as Land's End, Pottery Barn and Justice were all pushing backpacks and school products. Justice, an apparel brand for tweens, is planning fashion shows at its stores on July 21, while eBay is promoting its $119 deals—no coincidence that such bargains are the same price as an Amazon Prime membership.

And on Thursday, both Target and JC Penney announced campaigns. Target is tapping celebrities such as Busy Philipps and Matt Bomer, whom a spokeswoman referred to as "influential moms and dads."

JC Penney is rebranding its private Arizona Jean Co. label with a new logo and more fast-fashion. The struggling department store is also planning marketing for the brand with teen influencers Brooklyn and Bailey McKnight.

For its part, Amazon is pushing hard on its own school supply promotions. The ecommerce giant says Prime Day deals will include 40 percent discounts on select Levi's jeans, $30 discounts on Amazon Fire 7 Kids Edition tablets and 35 percent off some laptops.

~ ~ ~
CORRECTION: An earlier version of this article said JC Penney is planning a content video series with teen influencers Brooklyn and Bailey McKnight. It will feature them in its marketing but not a branded content series.