Reported $11.3 Billion in Sales Last Year and Is Bigger Than Avon, Yet It's Not a Household Name
READ THIS NEXT
John Lewis pulls ad with dancing boy after regulatory body deems it potentially misleading

The direct-selling industry has had plenty of turmoil over the past year. There have been management changes and a federal investigation of alleged overseas bribery at Avon, while Herbalife has come under attack from hedge-fund manager William Ackman, who accuses it of being a pyramid scheme, allegations the company denies. 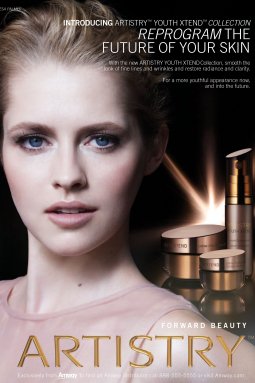 So toiling in relative obscurity isn't so bad for privately held Amway or parent Alticor. Quietly, it's been doing quite nicely. In fact, it's probably the most obscure packaged-goods company you'll find with eleven-figure annual sales.

Sales rose 4% last year to $11.3 billion. That slowed from 17% growth in 2011, but not a bad compared to Avon, whose sales slid last year. Amway surpassed Avon to become the leading direct seller globally in 2012. Even with slower growth last year, Amway increased sales in all 10 regions last year for the first time in two decades.

Behind that improvement has been CMO Candace Matthews, a Stanford MBA and veteran of Coca-Cola and L'Oreal. Since 2007 she's been building a global marketing organization, backed by the New York offices of McCann Worldwide and Select. She's focused on building Nutrilite supplements and Artistry beauty products, but also the corporate Amway brand, which is still known in the U.S. largely for the prevalence of evangelical Christians in its direct-selling ranks decades ago.

Ms. Matthews now has 900 people globally in her marketing organization, with about 150 at headquarters in Ada, Mich. The company spent around $33 million across all brands in the U.S. through the first 11 months of 2012, according to Kantar Media, the same as it spent in all of 2011. About 10% of Amway's sales and 400,000 of its 3 million representatives are in the U.S. 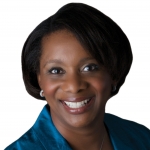 In an interview with Advertising Age, Ms. Matthews talks about how she's helped create a marketing focus and strategy at Amway and learned to navigate corporate politics.

Candace Matthews: What's really been helping has been to focus on growth through innovation, to become more consumer-oriented. Marketing has become a far more strategic part of the company.

Part of that was to understand the role marketing plays in our direct-selling context. It was not to change Amway into a CPG company [but] bring the disciplines of a CPG company to our business model.

Ad Age: Why is direct selling working better for you now than before 2011?

Ms. Matthews: You really have to listen to your distributors. They're the ones who are the integral part of this channel. I believe we spend a lot more time listening to them so we can help them be more successful. One of the ways it's manifested for us is as we restage Artistry, a brand we've had for almost 40 years.

Ms. Matthews: It's been one of the top five premium skin-care brands, yet is still unknown and missing some of the key cues to be a prestige-beauty brand.

We needed to take our skin-care technology and leverage it with the other key elements of a prestige-beauty brand -- such as a package that's very distinctive and recognizable.

The other big cue for prestige beauty -- you need a global face. We signed an up-and-coming talented and charming actress, Teresa Palmer [who starred in the movie "I Am Number Four"].

Teresa Palmer is the most engaging spokesperson I have ever met. She will take pictures with distributors for three hours and make every one of them feel she's their best friend.

Ad Age: Amway was once associated in many minds with evangelical Christianity. Is that still true?

Ms. Matthews: That may have been the perception in the U.S. But if you look at how we've expanded across the globe, our business is really about creating an opportunity for everyone. The founding values of our company may have been aligned with strong Christian values, but we're really about giving everyone an opportunity to make their lives better. So we are incredibly diverse.

Ad Age: How does having so many distributors affect how you use media?

Ms. Matthews: In the past, the distributors were our only media, or at least our primary media. And they're still essential. But to help them be more successful we need to make people aware of what they're going to talk about.

Ad Age: What works best for you in media?

Ms. Matthews: Traditional TV and print are used, but what's becoming instrumental for us is digital media. We do all of it. Social media, search-engine optimization, website, mobile, apps. Amway was truly the original social network. So we need to make sure we're as innovative in the online space as we were in the offline space.

Ms. Matthews: That the corporate world really has not evolved to have a significant enough number of women or people of color in the C-suite. So I think the challenge is that I continue to blaze trails. That sometimes can be exhausting, but if I don't continue to do it, the path may not be better for someone else.

Ad Age: Is it getting better?

Ms. Matthews: It's definitely getting better. Being in the room to engage the conversation, it's very well-received, just not top of mind, whereas 20 years ago, it just wasn't well-received. There's a big difference. So that gives me hope that in the future things will get even better.

Ms. Matthews: Not understanding that within corporations there are political environments and choosing to ignore them vs. saying, "Wait a minute, let's acknowledge they exist and navigate them within my own personal values."