There was a time not long ago that many consumers wouldn't have associated Popeyes with Louisiana.
READ THIS NEXT
Wingstop’s X-rated tweets turn heads, and Federer serves up Uniqlo pitch: Trending 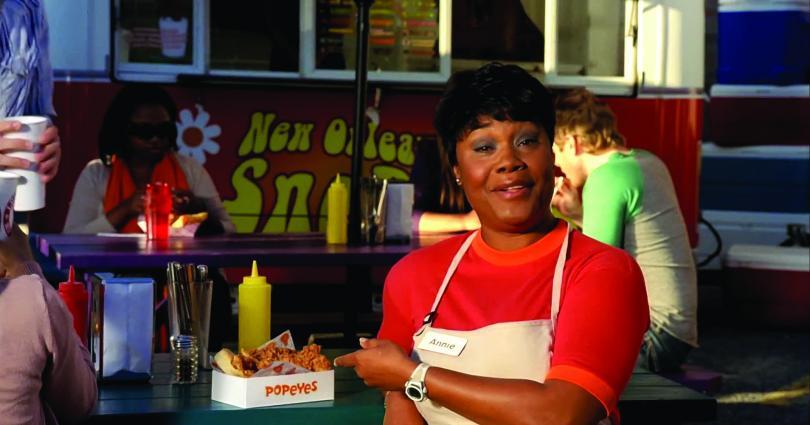 There was a time not long ago that many consumers wouldn't have associated Popeyes with Louisiana.

"We were missing the opportunity the brand had, which is Louisiana," said Popeyes Chief Brand Experience Officer Dick Lynch, noting there was "spotty awareness" for the chain throughout the U.S. just five years ago.

As it turned out, that heritage was the point of differentiation the chain needed to help fight stagnating sales and declining traffic. To communicate those roots, Omnicom's GSD&M created the chain's spokeswoman, Annie, played by actress Deidrie Henry. She allowed Popeyes to simultaneously advertise new products and highlight the brand's heritage, Mr. Lynch said. "When Annie is talking, she is characterizing [Popeyes] as being from Louisiana, so we don't have to spend time convincing people we're different, because Louisiana is differentiation enough [in the chicken category]."

Until 2008, the chicken chain, founded in 1972 in New Orleans by Al Copeland, was known as Popeyes Chicken & Biscuits. Its name change to Popeyes Louisiana Kitchen was part of a larger brand-identity overhaul that began when CEO Cheryl Bachelder joined and added U.S. President Ralph Bower and Mr. Lynch, who signed on as CMO in 2008.

That overhaul also included a store-remodeling effort and the addition of limited-time product offerings like chicken-waffle tenders. Popeyes also moved from a localized-spot-TV media plan to one in which franchisees contributed to a national budget for more cohesive advertising.

The results were immediate. Popeyes has had five consecutive years of positive same-store sales growth since then and is in the midst of notching a sixth. Last year, the chain reported $2.2 billion in U.S. sales, up 8.6% from 2012. Mr. Lynch said the company estimates sales will be up 3% to 4% for 2014. At the close of 2013, the chain had 1,769 U.S. locations. Mr. Lynch said he believes Popeyes could double its footprint in the U.S., though he did not provide a timeframe.

"We're walking that fine line between 'if it ain't broke don't fix it' and 'don't get complacent,'" Mr. Lynch said of the brand's 6-year-old strategy. "We are keenly aware that innovation drives traffic. But we also have a lot of runway for the brand."