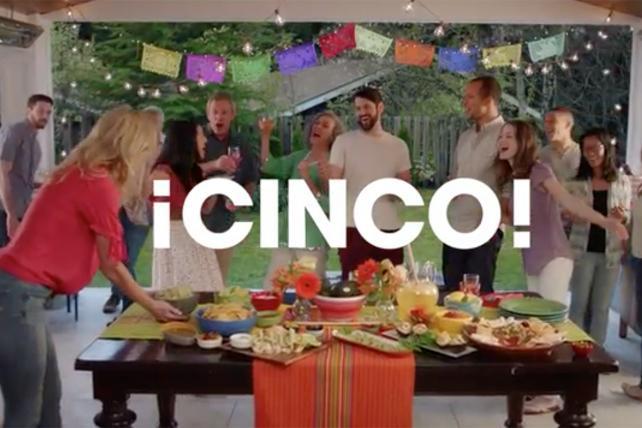 For avocados, Cinco de Mayo is not the Super Bowl exactly, but it's second in line.

In Mexico, celebrations on May 5 commemorate the Mexican army defeating France at the 1862 Battle of Puebla. In the United States, many people see Cinco de Mayo as an excuse to celebrate by loading up on foods such as chips and guacamole, which they might wash down with Mexican beer or margaritas.

Avocados From Mexico, the marketing unit of the Mexican Hass Avocado Importers Association, is stepping up its game to help the celebration catch on. And, of course, to remind people about the best-selling avocados in the country.

"Really associating our brand with the holiday really makes sense for us," said Kevin Hamilton, director of brand marketing, Avocados From Mexico. "What we need to do is tell America about the product and the brand and how we fit in with Cinco de Mayo."

The week including Cinco de Mayo is the second-largest time of year for U.S. avocado sales behind the week of the Super Bowl. The trade group has advertised during the last two Super Bowls.

In its Cinco de Mayo push, Avocados From Mexico plans to appear on "Good Morning America" on Thursday. Mr. Hamilton said it will be the group's first Cinco de Mayo segment on a national morning show. That day, it will have three New York food trucks -- Wafels & Dinges, Kimchi Taco Truck and CoolHaus -- give out free food made with avocados. It has reached out to tens of thousands of influencers to ask people how they #GuacIt on social media. A $5,000 sweepstakes for sharing guacamole recipes is running in partnership with Tabasco. And a partnership with Qdoba revolves around creating a Cinco de Mayo-themed playlist. Qdoba, unlike some other chains, offers guacamole free of charge with its entrees rather than tacking on an additional fee for the fruit.

Avocados From Mexico began promoting the idea of hosting Cinco de Mayo parties in April with a 15-second commercial from Arnold Worldwide.

Others are also using the holiday as a promotional point. Chipotle, still trying to move past foodborne illness headlines, is promoting $50 off catering much like it did for the Super Bowl earlier this year.

"In the past we haven't taken advantage of it," Mr. Hamilton said of Cinco de Mayo. In prior years he saw work from brands such as Corona or Dos Equis. But he saw "untapped potential," particularly for products from Mexico. "We believe we can own it."

Both of those beer brands are already tying into the day on Twitter.

Corona has been promoting a #LimeDrop.

And Dos Equis is suggesting people say #AdiosAmigo to the Most Interesting Man in the World on Cinco de Mayo.