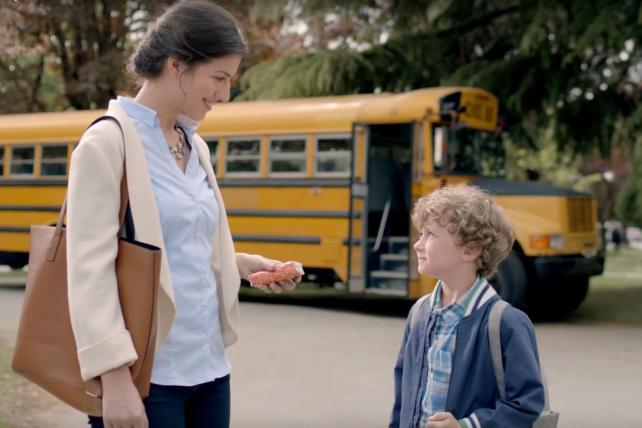 Miriam Tremelling, senior content marketing manager at Ace Metrix, noted that brands could be delaying their marketing to give kids, many of whom are still in school in late June, the chance to enjoy summer and "not cut it short." She added, "Marketers may have decided to air their ads closer to when viewers need to pay attention."

And viewers certainly need to pay attention this year. After a ho-hum holiday and disastrous first quarter, retailers have been banking on back-to-school to encourage more spending from parents and students. The National Retail Federation predicts that, due to replenishment needs, shoppers will spend 11% more, for a total of $75.8 billion, this season compared with last year. Of course, that doesn't translate to a better holiday—it simply means that this year, many families are in need of new backpacks, clothing and supplies.

Contrary to the pushback in marketing, spending may actually be moving up. About 30% of back-to-school spending occurred in the second and third weeks of August last year, according to ad tech company MediaMath. The firm found that the biggest day of spending last summer was Aug. 18, versus Aug. 28 in 2014. So far this year, MediaMath reports that the biggest spending day was Aug. 5.

Earlier this week, department stores including JC Penney, Macy's and Kohl's reported second-quarter earnings. Though sales are still on the wane, many results exceeded analyst expectations. Macy's recently announced the drastic measure of chopping 14% of its storefleet to stanch the bleeding.

Ace Metrix found that of the 30 ads that aired in July, those that resonated most for effectiveness with consumers—the firm tracks elements like "likeability, "relevance" and "desire"—came from Microsoft, Kleenex, Staples and Kohl's. Kleenex opted for a heartwarming spot about a little boy offering his teacher a tissue, while Staples went the funny route with a mom and her absent-minded son. Microsoft features users highlighting its products, and Kohl's aired a highly promotional spot about its bargains.