The line extension, stuck in a sales decline, gets packaging overhaul and new ads
READ THIS NEXT
Ford to run ads stressing unity following Capitol riot 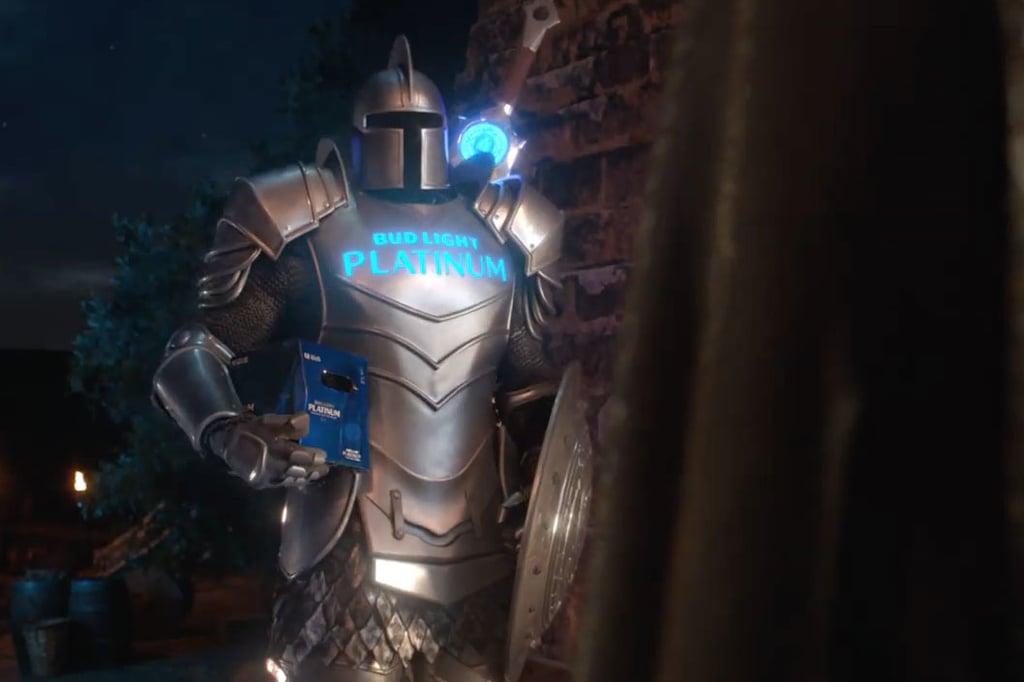 Anheuser-Busch InBev is using a sizable chunk of its National Football League marketing budget on Bud Light Platinum, a higher-alcohol variety that hasn’t gotten much ad support in recent years.

The brewer will dedicate its sponsorship of “Thursday Night Football” to the line extension, which will also be promoted in two new ads during all NFL games. AB InBev has sponsored “Thursday Night Football” since 2016 but had previously connected it to regular Bud Light. Thursday games air on Fox and the NFL Network and stream on Amazon Prime. Platinum also got a packaging makeover with new slim cans, updated deep blue coloring and “Brewed for the Night” emblazoned on the pack.

Platinum, which has 6 percent alcohol-by-volume compared with 4.2 percent for regular Bud Light, rocketed out of the gate when it debuted in 2012, but it has been in decline in recent years. It fell from 1.8 million barrels shipped in 2012 to 725,000 last year, according to trade publication Beer Marketer’s Insights. “It’s a bit surprising that Platinum, which is a relatively small brand in AB’s arsenal, is getting such a high profile this year,” Beer Marketer’s publisher Benj Steinman says.

But a Bud Light spokesman says “we see a lot of opportunity for growth with Platinum, especially with the new premium packaging and positioning as a beer for nighttime drinking occasions. It will get a solid amount of NFL inventory and of course a lot of inventory on ‘Thursday Night Football’ as a result of the official beer sponsorship.”

The ads (below) by Wieden & Kennedy New York introduce a new character called Bud Knight Platinum into the brand’s “Dilly Dilly” medieval kingdom marketing world. He acts as a partying alternative to the old Bud Knight, who is a bit jealous of the new guy.

The spots, which feature a hipper version of Bud Knight, also continue the brand’s “brewed with no corn syrup” message. Bud Light is sticking with the no corn syrup strategy despite suffering a couple legal setbacks in its legal fight with MillerCoors, which has alleged portions of the campaign mislead drinkers into thinking MIller Lite and Coors Light contain corn syrup. MillerCoors says the additive is used in its brewing process but does not make it into the final product.

A federal judge earlier this week issued a preliminary injunction ordering AB InBev to remove “no corn syrup” from its Bud Light packaging. The brewer is appealing the decision.