KFC and Burger King are each out with new campaigns focused on fowl
READ THIS NEXT
Which brands will survive Fiat Chrysler Automobiles-PSA Group merger? 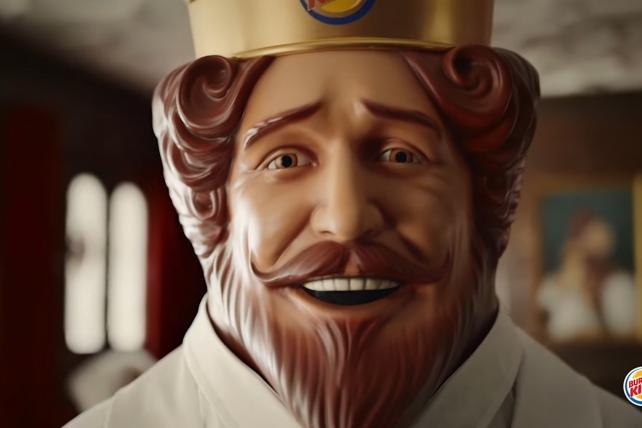 KFC's latest colonel is a cop. RoboCop, to be precise. And he is here to ensure no one steals the chain's secret recipe, while Burger King has suited up its King character to poke fun at the more conventional Colonel Sanders.

It's a full on fast food chicken fight.

In one corner, the long-running KFC Colonel campaign now features Colonel RoboCop to suggest the steps KFC will take to ensure the secrecy of its recipe.

KFC released a video showing Colonel RoboCop's mission of bringing an encrypted copy of the secret 11 herbs-and-spices recipe to a nuclear bunker for safekeeping.

Yes, KFC says the encrypted details are now stored in the Bahnhof maximum security nuclear bunker in Stockholm, Sweden. The bunker, named Pionen, was built in 1943 and was made to withstand the blast of a hydrogen bomb, according to a statement from Bahnhof CEO Jon Karlung.

Across the ring, Burger King is promoting its updated flame-grilled chicken sandwich. Its campaign delivers more than a nod to the long-running KFC Colonel ads. It's even calling the King the K.F.G., for king of flame grilling.

Clearly, Burger King is trying to have fun with the idea that a king outranks a colonel.

Still, neither chain reigns supreme in chicken. Burger King is one of the biggest restaurant chains but that's largely thanks to Whoppers, not grilled or even fried chicken. Among chicken-focused chains, Chick-fil-A dominates. Industry research firm Technnomic estimates Chick-fil-A's 2017 sales exceeded $9 billion, well ahead of KFC's U.S. sales of nearly $4.4 billion.

Burger King already had a grilled chicken sandwich, but this one uses a new patty and is meant to have more of a backyard barbecue grilled chicken taste. The updated sandwich has a recommended price of $4.99 for the sandwich and $6.99 for a combo meal with a small drink and small fries.

KFC is promoting its history, not a new product. The original recipe is still stored in a vault at KFC's headquarters. And the Yum Brands chain says it is so secretive that two suppliers each produce about half of the herbs and spices, which are then blended by a third supplier so no one can get the mix just right on their own.

Starting Feb. 24, a series of Colonel RoboCop commercials will promote KFC's Fill Up meals (below).