The restaurant chain touts its simple food and a menu that uses only 51 ingredients
READ THIS NEXT
DiGiorno bakes pizza ‘Pi’ Super Bowl stunt, and Etsy basks in glow of Bernie’s mittens: Trending 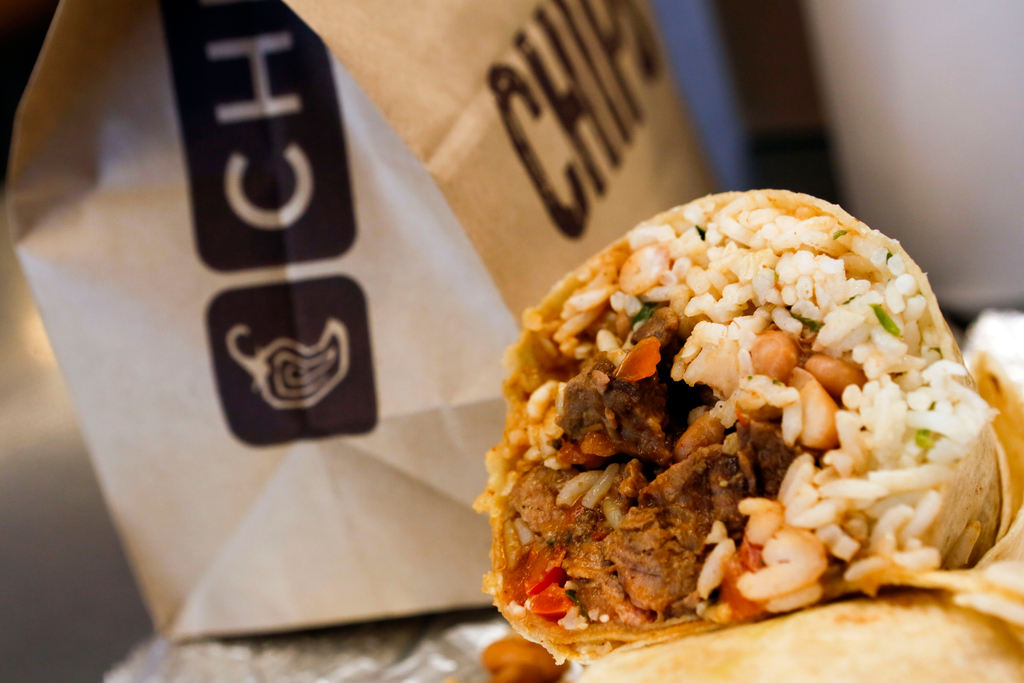 A steak burrito is arranged for a photograph with a drink and bags of chips at a Chipotle Mexican Grill Inc.

Restaurants are lining up to put meat substitutes from Beyond Meat Inc. and Impossible Foods Inc. on their menus—but don’t expect Chipotle Mexican Grill Inc. to join them.

Chief Executive Officer Brian Niccol said the companies’ products are too processed for the burrito chain, which touts its simple food and a menu that uses only 51 ingredients.

“We have spoken to those folks and unfortunately it wouldn’t fit in our ‘food with integrity’ principles because of the processing, as I understand it, that it takes to make a plant taste like a burger,” Niccol said in an interview. “If there’s a way for them to do this that would match our ‘food with integrity’ principles, I’m sure we would continue talking with them.”

Chipotle is currently doing all of its culinary development of new products internally, he added.

In response, Beyond Meat CEO Ethan Brown invited Chipotle to visit its factory in Columbia, Missouri, and suggested that meat producers are worse.

“You can come to our facility anytime,” Brown said in an interview on Tuesday. “Don’t call me, just knock on the door. I invite you to do the same with all of Chipotle’s meat-processing facilities. They won’t let you, and if they did, you wouldn’t want to see it.”

“We are about transparency,” Brown added.

U.S. consumers are increasingly moving away from some processed foods as studies indicate that high levels of preservatives and salt can be harmful. Processed-food companies have scrambled to pivot to options that have simpler ingredients or are labeled as organic, which have seen a higher rate of growth.

The products appeal to consumers who want to reduce their meat consumption but still eat food like hamburgers and sausages. For vegetarian diners, Chipotle sells sofritas, which is made from tofu.

Impossible Foods didn’t immediately respond to a request for comment.