Coca-Cola Tries New Twist on 'Share a Coke' in China

Coca-Cola has brought "Share a Coke" to over 80 countries, but probably the most inventive twists on the seasonal campaign have come out of China. This summer, China is trying something new for the third iteration of the popular campaign, customizing bottles with famous movie quotes.

When "Share a Coke" started in Australia in 2011, the campaign centered on putting common first names on the label so people would snatch up bottles bearing their names and friends' names. China picked up the idea in 2013; instead of using real names, however, it tapped into China's social media-savvy culture and used popular online nicknames like "Superstar" or "Dreamer" instead. Then, last year, song lyrics appeared on the labels.

Both campaigns were credited with boosting sales. Coke, which has looked for growth in markets like China to reverse the slide of soda in more established markets, reported Chinese sales were up 4% by volume in 2014. 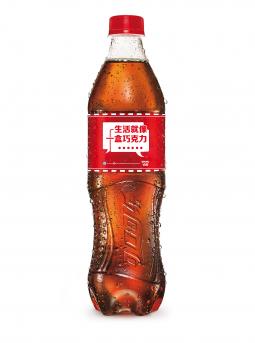 'Life is like a box of chocolates' in Chinese

A campaign for a booming movie market
This time around, Coke's China campaign is all about the movies, with famous film and TV quotes replacing the brand name on bottles. Most are from famous Chinese films, though some are from Hollywood. "Life is like a box of chocolates" from "Forrest Gump" is one.

The idea is that "by buying a Coke you can share it with your best friend, your family, or whoever, and use the Coke as a way of expressing how you feel," said Richard Cotton, Coca-Cola China's content and creative excellence director.

While last year's lyrics labels could be scanned with a smartphone to pull up songs to share on social media, this year Coke is keeping things simple. They're just labels. (And it would have been "unbelievably expensive" to buy the rights to use clips from dozens of movies, as Mr. Cotton noted.) Youku Tudou, China's Netflix-meets-YouTube, is a partner in the campaign, and extra celebrity content will appear on its platform. Online video is huge in China, which also has the world's second largest box-office after the U.S.; 15 new movie screens were added in China every day in 2014.

McCann, Isobar and Starcom worked on the campaign. McCann did a "Jurassic Park"-like commercial (see below) that ends with a dinosaur whimpering for a sip of Coke. (There's no official partnership with "Jurassic World," the fourth installment in the series, debuting this month in China two days ahead of the U.S. release.) More content will roll out over the summer.

Isobar's contributions included an augmented reality experience involving a video clip where people can insert their own image so it looks like they're interacting with a dinosaur, and share it to social platforms. It partnered with local video-shooting app Kaipai on that program.

"There are many countries that have essentially lifted or adapted the names idea that was first launched in Australia," said Rohan Lightfoot, Isobar Shanghai managing director, in an email. "China has consistently chosen a more innovative approach. There is so much competition in the drinks category in China that you really have to innovate to stand out."

The U.S. market, meanwhile, is sticking to the original concept of names on bottles for a second year, with quadruple the number of names available.