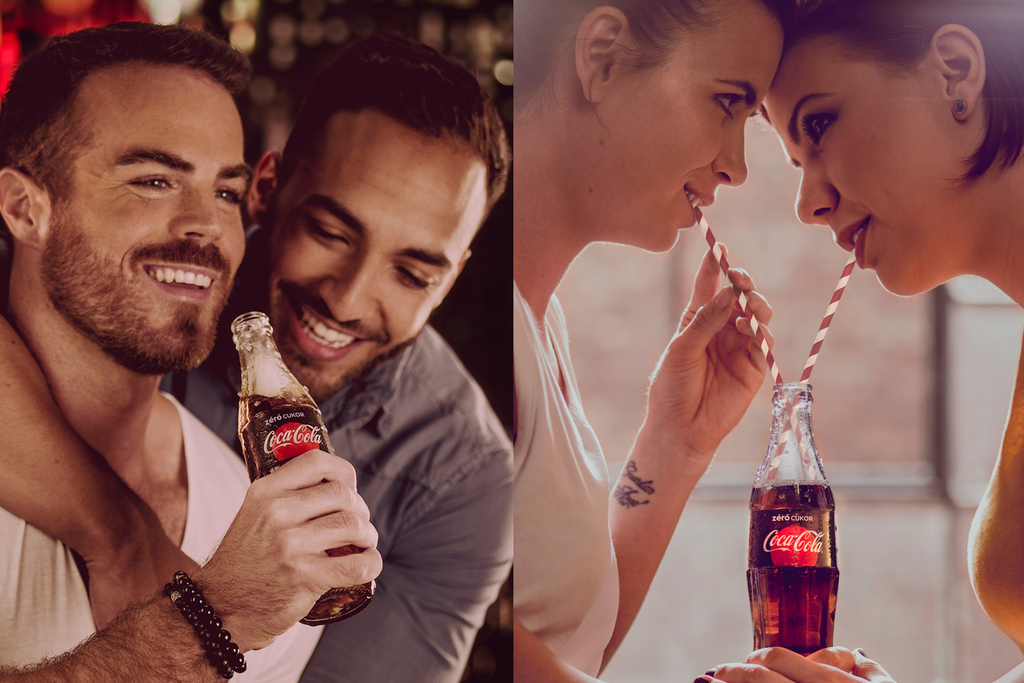 Coca-Cola Co.’s billboards depicting heterosexual and same-sex couples were greeted by a wave of vitriol in Hungary, touching on a theme which conservative governments in the east of the European Union have increasingly focused on.

The pictures feature couples with the hashtag #loveislove, timed for Budapest’s popular Sziget Festival, a week-long music event that carries the theme of “Love Revolution” this year.

News websites close to the ruling Fidesz party, including PestiSracok and 888.hu, attacked the Coca-Cola campaign saying it promotes same-sex love over heterosexuality. Fidesz lawmaker Istvan Boldog called for a boycott of Coke products in a Facebook post, while an anti-abortion group gathered about 25,000 signatures for its online petition to remove the billboards.

Prime Minister Viktor Orban’s cabinet has been promoting what he calls “illiberal values,” focused on the traditional family model. Citing a need to bolster the country’s faltering demographics, authorities have also kept a ban on marriage or adoption by same-sex couples.

Laszlo Kover, the firebrand speaker of parliament, went as far as telling an election forum in May that “decent” gay people should try to “adapt to the world” by not regarding themselves equals with the rest of the society, news website Index reported.

Coca-Cola refused to back down, citing its values of equality and diversity.

The billboards “do indeed try to convey a message,” Cola-Cola said in an emailed statement Monday. “Our belief that everyone has a right to love and that the feeling of love is the same for all.”

While Fidesz and its allies have increasingly resorted to conservative and at times homophobic language, authorities have retained some tolerance compared with other countries in the region, notably Poland.

Polish governing-party leader Jaroslaw Kaczynski, a key Orban ally, has called the advancement of gay rights a “grave danger” for Polish families. Polish officials also ordered prosecutors to probe Ikea of Sweden AB after its local unit fired a man over his actions during a gay-pride corporate event.