Loyalty programs are suddenly hot again. Several brands, including Marriott and Domino's, have rebranded or added new twists to their programs in recent weeks. Chipotle never had one—until now. Find out more details below, along with how Panda Express is channeling a Johnny Cash song in its marketing. But first, we check in on the latest mudslinging between MillerCoors and Anheuser-Busch InBev.

Just when Big Beer's corn syrup war seemingly could not get any sillier, along comes this news: Coors Light today announced the "first smart beer tap fueled by Bud Light negativity." Installed at bars in New York, Philadelphia, Dallas, Omaha and Las Vegas, the tap handles will light up whenever Bud Light attacks Coors Light. The gadget works by monitoring Bud Light social media handles in real time, according to a press release. Coors Light also says in some bars it will buy a round of beer every time a Bud Light ad appears on TV screens. DDB is involved in the program.

The battle began when Bud Light ran Super Bowl ads mocking Miller Lite and Coors Light for using corn syrup in their brewing. In recent days MillerCoors used its corporate blog to boast about sales results from Nielsen showing Bud Light down 8.8 percent in the four-week period since the Super Bowl. AB InBev has defended the campaign by saying it is simply making a call for ingredient transparency.

In a statement Wednesday, AB InBev said: "Free beer is great, but what's even better is knowing what goes into your beer. So, we are going to continue talking about our ingredients and what we leave out because consumers told us transparency is important."

For more on the war, check out our latest Marketer's Brief podcast.

A new day at Dia&Co 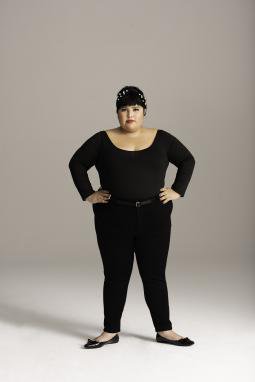 Plus-size subscription brand Dia&Co is taking a few pages from history for its new ad campaign. The retailer re-created iconic images -- such as Audrey Hepburn wearing a black top and a denim-clad Cindy Crawford -- using its size 14-and-up models. Called "We Are All Icons," the marketing push was created in-house. The company is also promoting a new style guide online for its jeans that encourages users to take a fashion quiz to find their denim match.

Twitter Business launched its first-ever podcast, dubbed "Character Count," on Tuesday. Each episode will go behind the scenes on Twitter ad campaigns, including from clients such as Dropbox, Simon & Schuster and Monterey Bay Aquarium, the company says. The move comes at a time when an increasing number of brands are diving into the podcasting arena. Although shows will be available through Apple Podcasts, Google Play, Spotify and Stitcher, Twitter didn't dismiss the notion that episodes could also live on its platform.

Chipotle's first national loyalty program, Chipotle Rewards, launched this week. To promote it, the burrito chain is giving away up to $250,000, through Venmo payouts worth anywhere from $1 to $500 apiece. People who sign up for the rewards program earn 10 points for every $1 spent at Chipotle, and 1,250 points (or $125) leads to a free entree. That seems like a lot of work, but there are bonus ways of earning more points—like extra point days. Plus, people get a serving of chips and guacamole after their first order as a member, as well as birthday rewards.

'Walk the Line' to Panda

A new Panda Express spot features a Johnny Cash song, sort of. Panda Express uses a Mandarin cover of Cash's "Ring of Fire" as the soundtrack to a commercial featuring wok cooking to showcase its blend of American tastes and Chinese food. The spot, from agency Wolfgang, was directed by Filip Engstrom.

Mars gets back in the ring

Snickers and Skittles will get significant visibility through WWE's global platforms beginning at WrestleMania on April 7, in an expanded partnership between parent company Mars and WWE. Snickers is the exclusive presenting partner of WrestleMania for the fourth consecutive year. The pact includes custom "You're Not You When You're Hungry" content produced by WWE set to air during WWE programming and on its social channels, and candy bars sold at Dollar General that replace the Snickers name with five WWE stars' catchphrases, including "Awesome" for pro wrestler The Miz and "Ravishing" for Lana. Skittles will be the presenting partner of WWE's "Hell in a Cell" event this September.

The NCAA hoops tournament starts next week, meaning an onslaught of March Madness marketing. Yahoo Sports is celebrating the 20th anniversary of its Tourney Pick'em game with a contest offering a chance to win $1 million with the best bracket. For those who don't want to make the picks themselves, there's a "Subway Selects" option that autofills the bracket, in a sponsorship plug from the sandwich chain.

Mülü, from dairy cooperative Dairy Farmers of America, positions milk as a trendy superdrink sold in 10-ounce bottles. It's being sold in more than 130 Target stores in Chicago, Minnesota and Wisconsin.

49 percent: The share of brands that consumers believe are doing a good job of creating clear content and messaging, according to a recent survey from the Alliance Data Analytics & Insights Institute.

The Trade Desk has appointed Madison Avenue vet Todd Krugman as its first-ever senior VP of marketing. Krugman previously served as the global team leader for IBM at WPP's Ogilvy. The Trade Desk provides software for agencies to buy programmatic ads, and Krugman's 20-year experience likely played a role in his hiring.

Wingstop promoted Maurice Cooper to the newly created role of EVP, chief growth & experience officer. Cooper, who joined Wingstop in June as its chief marketing officer, also retains those responsibilities. Kevin Fish, who led the development and launch of the company's updated website and mobile app, was named SVP of digital.

WW, the company formerly known as Weight Watchers, says Stacey Mowbray is no longer the company's North America president as of March 8 and is leaving WW as of March 22. Nicholas Hotchkin, who is already chief financial officer and president of emerging markets, assumed the additional role of North America operating officer.

Quantcast CMO Steven Wolfe Pereira is moving to Encantos Media Studios, a direct-to-consumer multicultural family entertainment and education company, where he will be CEO.