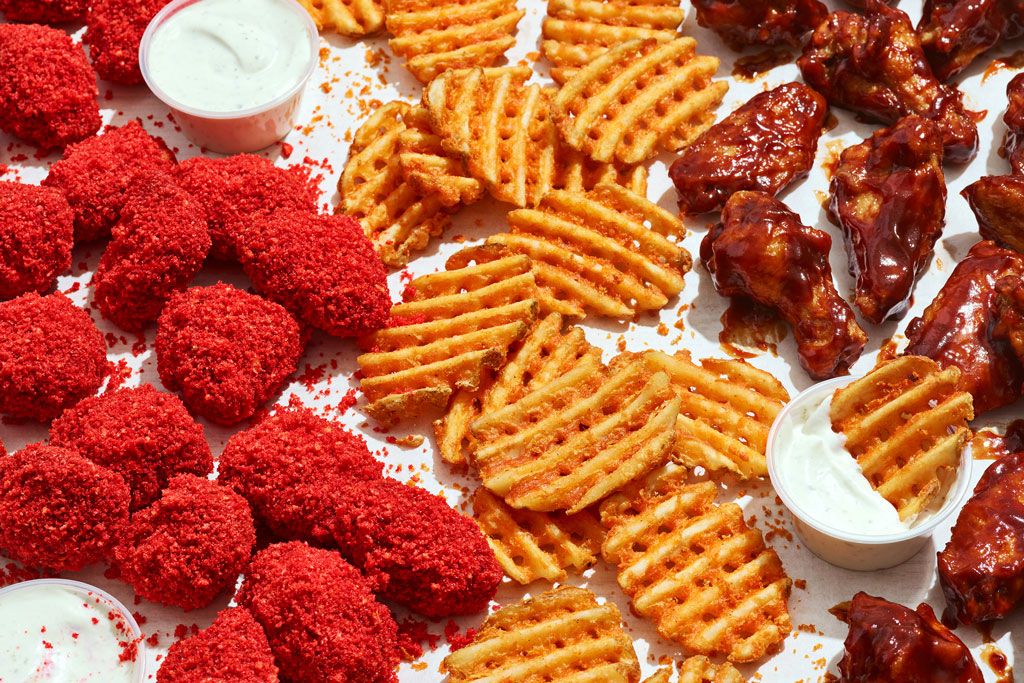 Cosmic Wings is Applebee’s answer to America’s obsession with ordering chicken wings from the comfort of home. The delivery-only brand debuts today with a menu of Cheetos-covered items.

In other fried chicken news, Burger King announced plans to bring out a sandwich that looks strikingly similar to those at its Restaurant Brands International sibling chain Popeyes, and at rivals including dominant chicken chain Chick-fil-A. Plus, McDonald’s will give fans a chance to get their hands on its new chicken sandwich a day early.

For the debut of Cosmic Wings, nothing says Americans want a meal that tastes like a snack more than items such as Cheetos and Cheetos Flamin’ Hot versions of chicken wings and boneless pieces, as well as cheese bites (cheese curds in Midwesterners’ dictionary) in both flavors. And nothing says pandemic-inspired chain like a delivery-only brand debut.

Cosmic Wings is only available for delivery through Uber Eats. The food is being prepared at the nearly 1,300 Applebee’s kitchens around the country that saw a dip in business as the coronavirus pandemic drastically curbed casual dining orders. Dine Brands’ decision to launch Cosmic Wings as its own brand rather than adding such products to Applebee’s menu gives the company the potential to reach diners who otherwise might not consider Applebee’s. The chain has seen growth in to-go orders but overall U.S. same-store sales fell 24.1% in the first nine months of 2020.

Cosmic Wings Chef Stephen Bulgarelli says the team tasted more than 1,000 wings while working on its recipes, aiming for flavors and trends that are “out of this world”—hence the chain's name. It is also offering items such as waffle fries and onion rings, and sauces including ranch and bleu cheese. 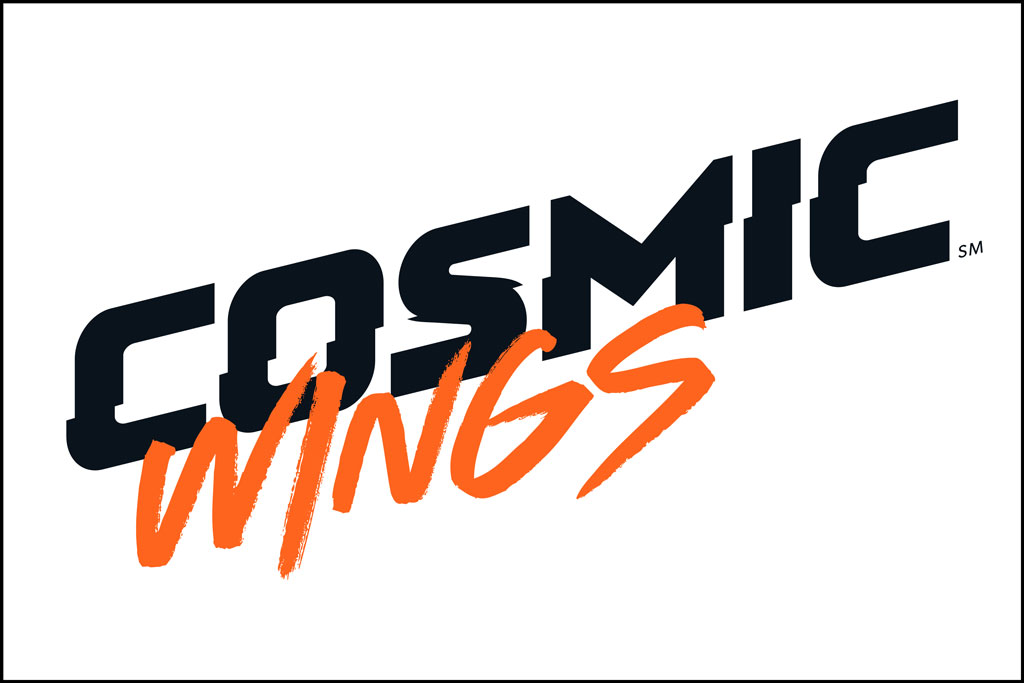 The brand worked with Cheetos’ parent PepsiCo for months to develop the special wing sauce on those products, he says. And with delivery as its focus, details were considered such as using a container with vents to retain heat but release steam, so wings don’t get too soggy in transport, says Bulgarelli. (The containers worked in a test run done by Ad Age, with the products retaining their crispiness after delivery.)

“We’re always looking for ways to bring those moments of mischief” to fans, says Jessica Spaulding, head of Cheetos marketing at Frito-Lay.

The mid-February launch of Cosmic Wings means it missed out on a major day, as Americans were projected to eat 1.42 billion wings during Super Bowl Sunday, up 2% from 2020.

“Wings travel well and hold up during delivery conditions,” National Chicken Council spokesman Tom Super said in a statement in late January announcing the fowl forecast. “Plus, they align with consumer desire for comfort food during the pandemic.”

Related articles
KFC and McDonald’s launches confirm chicken sandwiches are still having a moment
Jessica Wohl
Here’s what Applebee's is doing differently to get through 2020
Jessica Wohl
Dining in disarray
Jessica Wohl
How Cheetos shot its Super Bowl spot during COVID-19: Anatomy of an Ad
Jessica Wohl

“Reality check, the King won’t accept another chicken sandwich if it isn’t just as good as one you could get from the big chicken guys,” Burger King stated. “No more ‘burger-joint-quality’ chicken.”

Details such as pricing and release date weren’t disclosed, but the chain has been working on a hand-breaded chicken sandwich since 2019, the same year its sibling chain Popeyes introduced its popular sandwich.

And before that debut, industry leader McDonald’s this week announced fans could sign up at CHKNdrop.com starting Feb. 18 for a $5 package including a track by producer Tay Keith on 7” vinyl set to be used in the chain’s advertising, a hoodie, and a way to get the sandwich on Feb. 23, a day earlier than its national debut.

“We know fans can’t wait for our new Crispy Chicken Sandwich to hit restaurants, so we’re celebrating them and this moment with a drop like no other,” David Tovar, McDonald’s VP of U.S. communications, said in a statement. “We’re excited to give fans early access to this sandwich and exclusive swag they can’t get anywhere else to memorialize this great addition to our menu.” 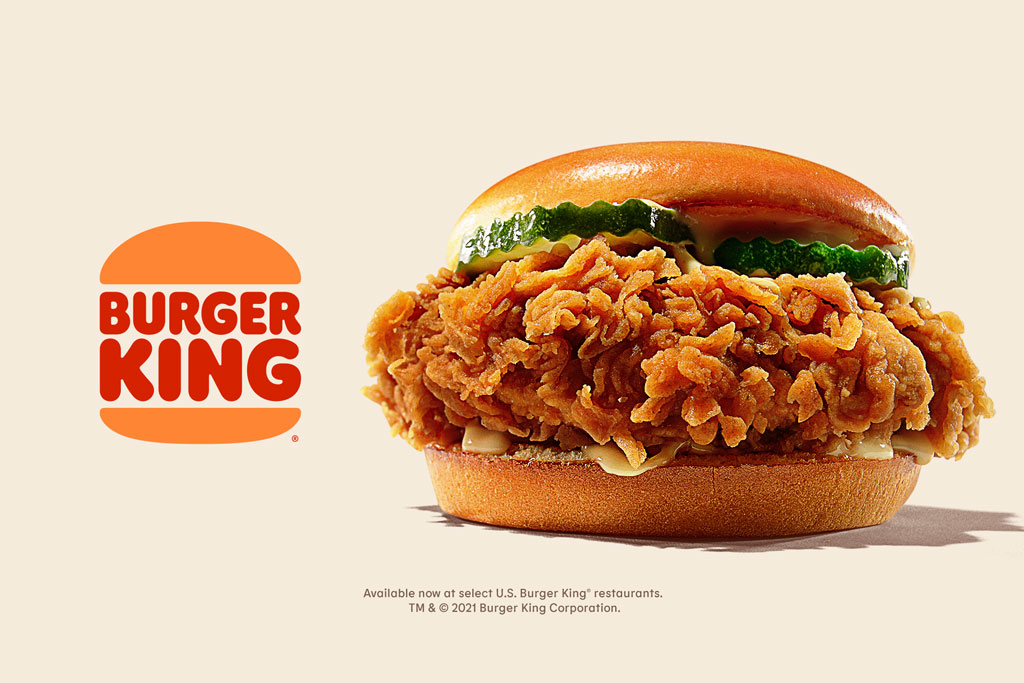