Direct-to-consumer brands are expanding by marketing to kids

Millennials are parents now, which means upstart d-to-c brands must keep up with their needs
READ THIS NEXT
Walmart redesigns stores to align with mobile app 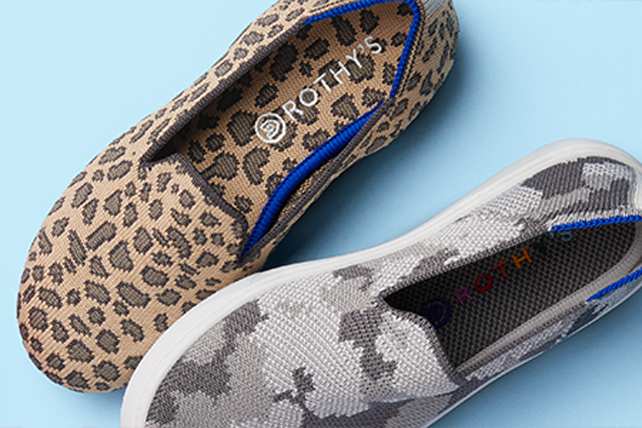 Rothy's has her back (well, her feet at least). Last July the company began rolling out miniaturized versions of its shoes for kids—as a test.

“It has surpassed expectations,” says Elie Donahue, vp of marketing at Rothy’s. “It creates additional stickiness with your core customer. By launching something she finds exciting and fun, she’s even more loyal to the brand."

Brands in the d-to-c space are increasingly waking up to this next gen demand. Millennials might still be considered young in the eyes of the olds, but in reality many are already parents: More than a million millennials are becoming moms every year, according to the Pew Research Center. In 2016 a full 48 percent of millennial women (about 17 million people), were already mothers.

Increasingly, d-to-c companies are launching their own product lines for their children. Over the last two years alone, Allbirds introduced launching a kids wool shoe line called Smallbirds, and Warby Parker introduced tyke versions of some of its most popular glasses. Luggage brand Away began selling a carry-on luggage for tiny travelers in April 2018, and Quip launched kid-friendly toothbrushes this past March.

Alice Fournier, vp of ecommerce and omnichannel at Kantar, says launching lines for kids is not only good for business, it's good for growth.

“It’s about how you scale a direct-to-consumer business,” she says. “It’s part of that broader trend of how do I go about building out a business that might be a single product, and thinking what’s next?”

To be sure, it's not a new tactic. Many Boomers and Gen Xers grew up with the Gap (founded in 1969). To keep them coming back, the company introduced Gap Kids in 1986 and Baby Gap in 1989. Similarly, McDonald’s, which opened in 1955, introduced its Happy Meals concept in 1979, just as a key batch of customers began to have children.

But the internet tends to speed things up.

Felix Gray understands as much. The company launched its kids glasses collection last month in anticipation of the needs of its core (and future) customers, says CEO David Roger.

“We’re thinking long-term,” he says. “Our customer base is 25 to 34. But looking forward, those people will start having children in addition to the people who already do.”