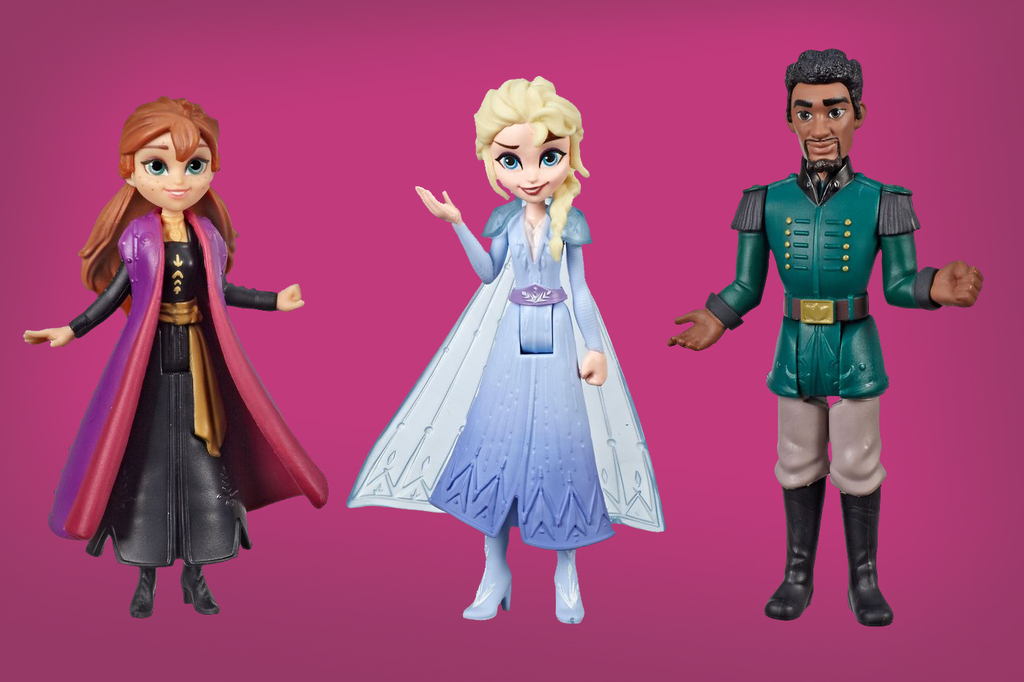 The latest merchandise from the ‘Frozen’ franchise.

With two of its most toy-friendly movies coming out between now and Christmas, Walt Disney Co. released products tied to both “Frozen 2” and “Star Wars: The Rise of Skywalker” on Friday, hoping parents will pick up a blue sparkly dress and a Kylo Ren action figure on the same trip.

The double-barreled launch is unusual but reflects shifting buying patterns among consumers, and changes in the marketing of the brands.

Hasbro, the main toy licensee for “Star Wars,” has said the last big promotion, in 2017, started too early in the year. This one is a month later. Retailers, meanwhile, didn’t want to set up for two separate Disney toy rollouts in short order.

The Burbank, California-based entertainment giant is relying heavily on social media to promote both launches, in part because online purchases account for about 40 percent of U.S. toy sales.

“It’s an opportunity for Disney to combine the properties and drive people to retail,” says Jim Silver, editor of TTPM.com, a toy-industry website. “You could do shopping for both.”

Disney began promoting the new “Star Wars” toys in a global live-streamed event from London last week that featured many of the series’ stars seeing their action figures for the first time.

The company is calling this week’s release Triple Force Friday because the toys and other items are tied to a new “Star Wars” TV show, video game and movie. “The Rise of Skywalker” hits theaters in December.

Frozen Fan Fest, meanwhile, began Wednesday with the first of some 200 social-media influencers and celebrities from 30 countries taking the new merchandise out of boxes, a stunt that is expected to last several days. “Frozen 2” will be released on Nov. 22.

“Star Wars” fans, meanwhile, had to look harder for stores participating in “midnight madness,” an event where retailers opened their stores at midnight to sell the new toys.

That’s due in part to changes in the retail landscape. Toys “R” Us shuttered all of its U.S. stores last year, although four Canadian locations participated in the midnight promotion.

Walmart started selling the toys at midnight in about 50 locations, albeit ones that were already open 24 hours. Fans could check if their local outlet was participating on the company’s website.

Target wasn’t planning any midnight openings, although the chain is launching Disney store-within-a-store concepts at 25 locations on Friday. They’ll sell both “Frozen 2” and “Star Wars” items.

Disney, of course, was still on board with midnight shopping at its namesake stores in Orlando, Florida; Anaheim, California; and New York’s Times Square, as well as a handful of other cities.

New items include a $150 D-O interactive droid featured in “Skywalker” and a 6-inch Mandalorian action figure ($20) based on the TV series that debuts on Disney’s new streaming service next month. Both are from Hasbro.

Michael Wistock, a 50-year-old telecom executive and longtime “Star Wars” fan, says he would compensate for the lack of midnight openings by visiting a local ThinkGeek store, which is opening an hour earlier on Friday, to shop for “Star Wars” bobble-heads for his daughter. “As long as I can go somewhere and hunt with other collectors, that’s what’s important to me,” he says.

When the first “Frozen” film turned out to be a runaway hit in 2013, Disney was caught off guard by the huge demand for products. This year, Jefferies analyst Stephanie Wissink expects the “Frozen 2” dolls alone to generate some $500 million in sales.

“The first ‘Frozen’ was a total surprise,” says Marty Brochstein, a senior vice president at the International Licensing Industry Merchandisers Association. “This is the first big unified shot at merchandising ‘Frozen.’”

“Star Wars” was the top-selling toy brand in the U.S. as recently as 2016, the year after Disney rebooted the franchise with “The Force Awakens.” Last year, it fell to sixth place, according to market researcher NPD.

“I expect that ‘Star Wars’ will remain among the top-selling properties for 2019, as it has been for over a decade,” says Juli Lennett, an analyst with NPD. “Where it lands depends on the Force.”