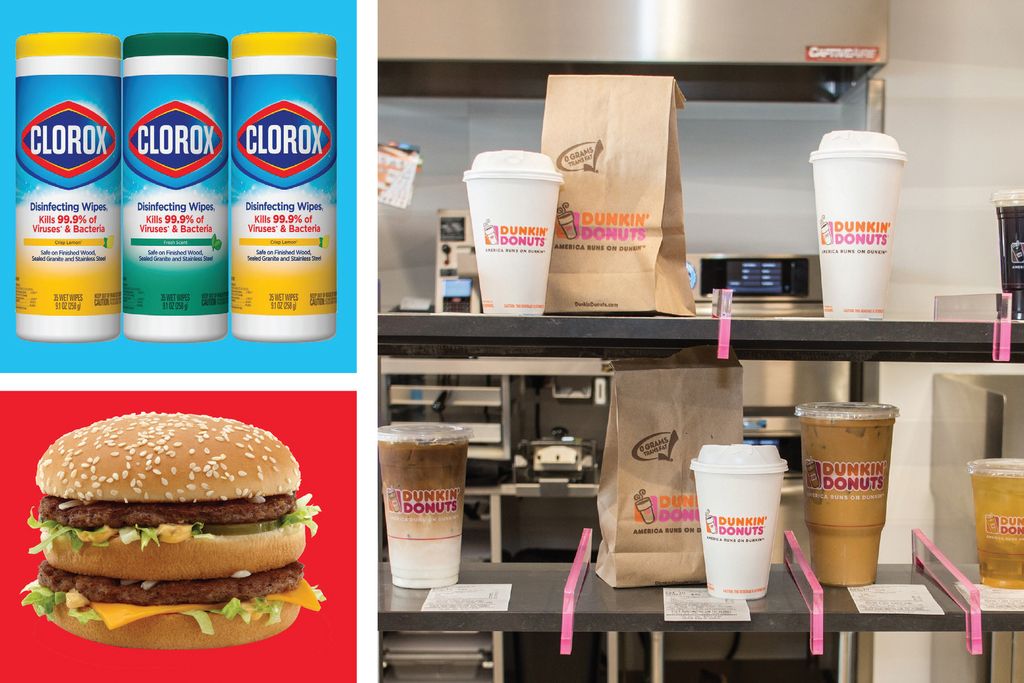 Oreos, Frosted Flakes and Lysol are flying off shelves—but condoms and cosmetics are in a sales rut. Beer and soda brands are thriving at grocery stores, but not enough to make up for vanishing sales at sports stadiums, bars and restaurants. The live sports shutdown has hurt Twitter, while Facebook is holding its own, despite less demand for ad space.

These are among the takeaways from a slew of corporate earnings reports released in the past couple weeks that offer the first real look at how much the coronavirus has overturned balance sheets for some of the world’s largest ad buyers and sellers. The reports mostly covered the first quarter, but executives in many cases gave a glimpse into second-quarter trends. There remains plenty of uncertainty—but business trends are emerging.

Amazon: Business has boomed amid the lockdown, leading to a 26 percent increase in sales year-over-year to $75.5 billion. The company has its share of challenges, too, as workers demand safety measures in warehouses and Whole Foods grocery stores. Amazon said it will spend $4 billion, basically all its projected profits in the second quarter, to beef up testing at worksites and secure protective equipment. Amazon already bought 100 million face masks.

Church & Dwight Co.:  Trojan sales have slumped, but other things the company sells—cleaners, vitamins, detergent—pushed sales up 13.5 percent. Still, the company cut marketing spending 1.7 percent, moving money from March into the back half of 2020 because it makes no sense to market stuff that’s already out of stock.

Clorox Co.: Almost everything Clorox sells—led by disinfecting wipes and bleach, but also including Glad bags, Brita water filters and Kingsford Charcoal—has been helped by COVID-19 and related stay-at-home orders. So the only surprise was that organic sales last quarter rose only 17 percent. Clorox bumped projected organic sales growth for the full fiscal year ended June 30 to between 6 and 8 percent, with advertising and promotion outlay expected to stay at the usual level of 10 percent of sales.

Colgate-Palmolive Co.: The company delivered strong 7.5 percent organic sales growth, driven by stock-up buying in the U.S. and other markets despite declines in Asia driven by strict lockdowns there. Advertising and promotion spending rose even faster—by 12.8 percent—to $484 million. E-commerce sales soared 54 percent, but sales will slow some this quarter, since there’s no reason for people to brush their teeth more.

Kellogg Co: Kellogg maintained its 2020 forecast, spurred by strong demand for products including Frosted Flakes. But it pushed some planned product launches into the second half of the year. Cereals are getting into U.S. pantries and being consumed and “we plan to seize this opportunity,” Chairman and CEO Steve Cahillane said on a conference call. Later in the call, Credit Suisse food analyst Robert Moskow commented that his family is going through a box of cereal every two days.

Mondelēz International: In these tense times, people crave Oreos. That’s a quick way to sum up the success the snack marketer is seeing as everyone eats more at home. Or, to hear CEO Dirk Van de Put’s take, “we’re seeing consumers snacking more. They are looking for that moment of comfort offered by biscuits and chocolate in today’s stressful circumstances.” Business in China bounced back in March after a significant slowdown. Still, some products like gum and mints are under pressure due to the travel slowdown.

Reckitt Benckiser: The books closed before any impact on Lysol from President Trump’s musings about internal use of disinfectants. But RB’s organic sales still soared 13.3 percent last quarter. CEO Laxman Narasimhan said on an earnings call the company is spending more on digital ads and “behavior change,” such as a Dettol hand-washing dance video with 18 billion views and counting on TikTok. 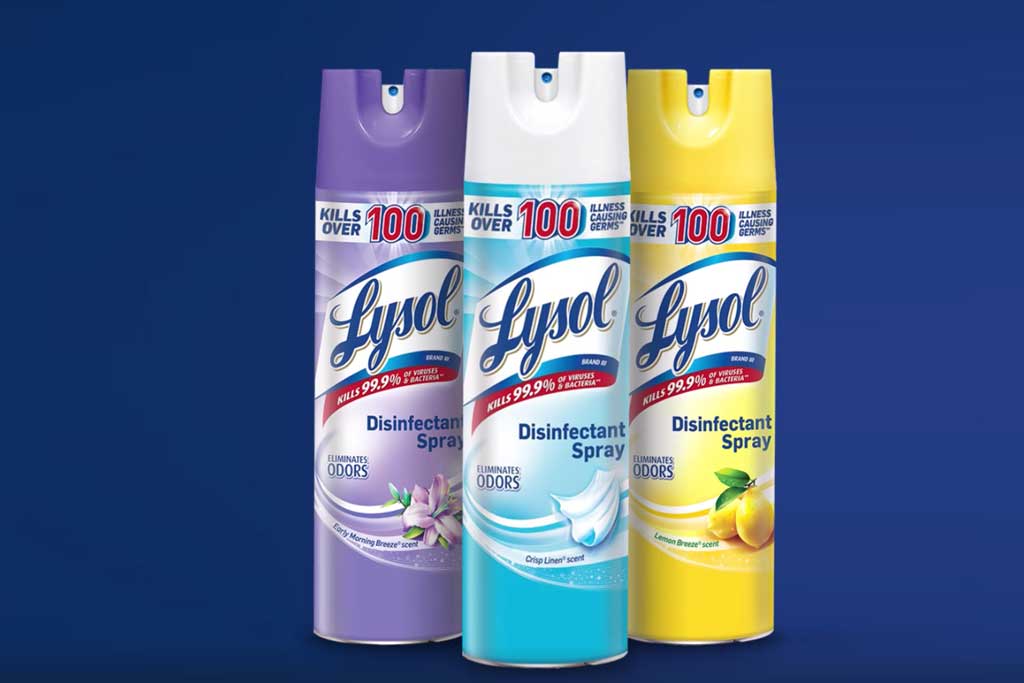 Restaurant Brands International: Popeyes is still the king, while Burger King is holding its own. Popeyes same-store sales were up 26.2 percent in the first quarter, while the company’s other two chains saw declines. By the end of April, Popeyes’ same-store sales were back to pre-COVID-19 levels. Meanwhile, BK is doing plenty of offers in its app to try to drive customer growth.

1-800-Flowers.com: Despite being homebound, consumers still crave connections, which helps flower sales. “Demand has increased significantly as consumers are increasingly turning to the 1-800-Flowers brand to help them express themselves and stay connected,” said CEO Chris McCann. On the downside, the company permanently closed all of its 38 Harry & David gourmet food stores following the pandemic.

Alphabet: Google’s parent company proved resilient thanks to a diverse portfolio of products that include YouTube, Google Cloud, G-Suite and Search. During the final weeks of March, Google Search saw four times more traffic than Super Bowl Sunday. Despite the surge, consumers clicked fewer ads and marketers scaled back ad spend. Any impact, however, was offset by consumers who tuned into YouTube to watch more videos amid social distancing. It beat first quarter analyst expectations, but the second quarter will be the true test.

Brinker International: Down but not out. Chili’s is the dinner of choice in plenty of homes as people treat themselves to Tex-Mex dishes and margaritas. And the government’s stimulus checks added “a nice little pop” to sales, Brinker CEO Wyman Roberts said. Chili’s is primarily a dine-in restaurant, but with dining rooms shuttered it’s bringing in more than 50 percent of its usual business through delivery and takeout. And those large dining rooms? They’ll help maintain the newly appropriate distance between dine-in patrons when they return.

Facebook: Ad revenue grew 17 percent in the first quarter to $17.4 billion, but ad growth is flat so far in the second quarter. Executives said that there has been less demand for ad space, which has led to lower prices in the ad auction. The dynamics have led advertisers to go bargain-hunting in the Facebook News Feed. With everyone at home, more people are on the social network. There are 2.36 billion people who use one of Facebook’s services daily, an increase of 11 percent year-over-year.

Kraft Heinz: Plenty of people stocked up on macaroni & cheese and other pantry staples. But that enthusiasm for packaged foods isn’t guaranteed to last. The company expects a strong second quarter and while some of that upside should continue for the rest of the year, “we feel that there are too many unknowns at this time to confidently expect significant upside beyond that,” says Chief Financial Officer Paulo Basilio. But there’s some good news for the media companies: Kraft Heinz still plans to boost its media spending about 30 percent this year, even though it has hit pause on some innovation and reduced the variety of items it is making to improve productivity.

McDonald’s: A plethora of drive-thru lanes help the Golden Arches, but it still expects the second quarter to be worse than the first. In the U.S., about 90 percent of sales are now going through the drive-thru, up from about two-thirds before the crisis. And there’s pent-up demand in international markets where it had to close for awhile. People waited three hours at a restaurant in France and in a two-mile line of cars for a drive-thru in Australia.

Molson Coors: Grocery sales surged in March as beer drinkers stocked up, but the pantry loading has slowed down and bar sales have vanished with most establishments shut down. The brewer has cut out-of-home ads in favor of spending on online video, gaming and OTT. The silver lining is that consumers are gravitating to big, established brands like Coors Light and Miller Lite.

Nielsen: The company missed analyst sales and earnings forecasts and projected a revenue decline of 1 to 4 percent for the full year while cutting senior executive pay by 20 to 30 percent. But that’s not as bad as many feared, as the stock rose 5 percent in response. The breakup into Nielsen Media and Nielsen Connect will be delayed to early 2021 because of shutdowns of regulatory offices.

PepsiCo: On the bright side, people are snacking more at home, which is good for the company’s chip brands such as Tostitos. But they’re not buying as much Pepsi and Mtn Dew since visits to restaurants, convenience stores, vending machines and movie theaters have plunged. The company expects a low-single-digit decline in sales this quarter and is trimming nonessential marketing.

Yum Brands: The owner of KFC, Pizza Hut, Taco Bell and Habit Burger Grill has a way to go to return to rising sales, but there are some bright spots. Digital sales are soaring at Pizza Hut and Habit, while KFC is seeing success with family-sized meal deals. Taco Bell’s breakfast and late-night business have been under pressure. But it’s keeping fans happy with some free food through the drive-thru and should see a boost from new $25 taco bar kits.

Blue Apron: Demand for meal kits shot up as diners searched for alternatives to going to restaurants or cooking from scratch. But Blue Apron couldn’t keep up with the onslaught of new orders at first so it had to hire to meet the increased demand, limited its variety of meals offered, and canceled and delayed some orders. The company is projecting sales growth but isn’t turning a profit. Blue Apron’s board is continuing to explore strategic alternatives, a plan the company announced in February.

Coca-Cola: Global volume plummeted 25 percent in April, driven by steep declines in away-from-home channels, such as stadiums and other venues that have gone dark. The drinks giant paused most of its marketing and will only slowly bring it back as lockdowns lift. Executives point to the company’s long history as evidence that it knows how to navigate tough times.

Comcast: Profit declined a dramatic 40 percent in the first quarter, even as the company saw a bump to internet subscribers that topped analysts’ expectations. The media conglomerate forecast it would lose $500 million if theme parks remained closed until June. It also expects ad revenue to be down significantly in the second quarter.

Dunkin’ Brands: Same-store sales in mid-to-late April recovered a bit, down about 25 percent at Dunkin’ and about 10 percent at Baskin-Robbins. Some analysts question whether the chain can do as much with its loyalty program as Starbucks has done. It’s trying, with offers such as $2 iced coffee on Mondays and a free donut with a drink purchase on Fridays. Plus, McDonald’s is gearing up to boost its breakfast business when people return to the roads and it has a lot more to spend on marketing to win back those habitual diners than Dunkin’ does. Dunkin’ suspended its dividend and its financial outlook for 2020 and beyond.

Estee Lauder Cos.: Organic sales dropped 10 percent, as almost all of its physical retail outlets shut down in March. Increased e-commerce sales haven’t been enough to offset loss of sales from its own stores, department and specialty stores. The company has done furloughs and senior executive pay cuts to offset sales losses, and maxed out current credit lines. But it still made substantial philanthropic gifts, including 2 million surgical masks and 50,000 skincare products for doctors and nurses in New York, and an Aveda Cares relief program for salons and stylists in the U.S. 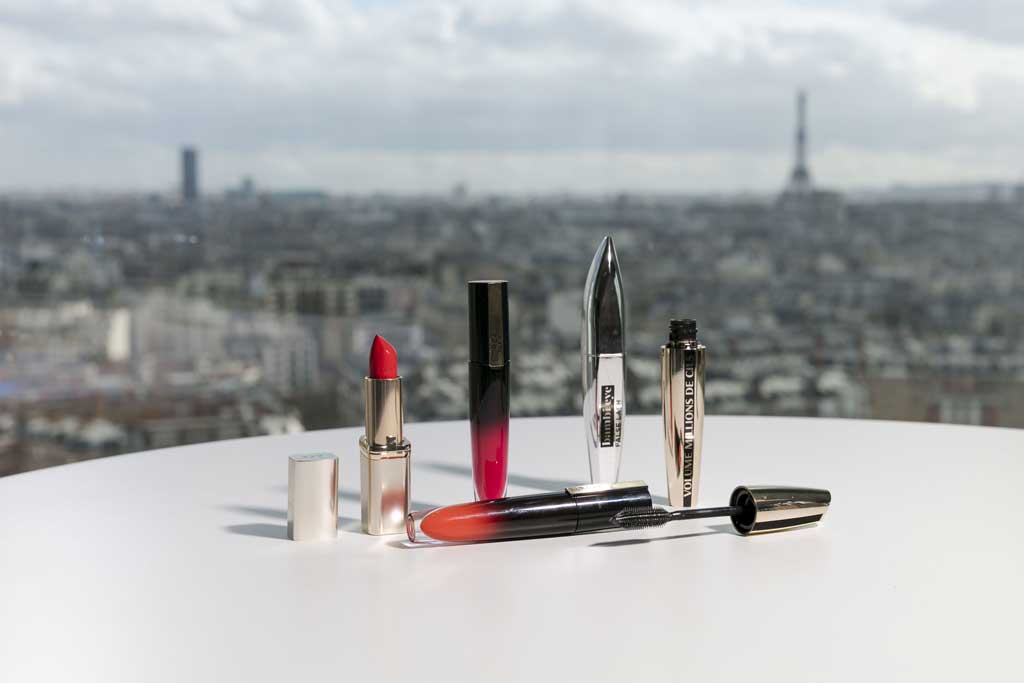 L’Oreal: Organic sales fell 4.8 percent last quarter, and the beauty giant has cut current-quarter ad spending and moved product launches into the back half of the year. The current quarter looks ugly, as tracked sales of cosmetics have plummeted, even in mass outlets that are still open.

Twitter: Advertising took a dive in March, revealing the company to be more vulnerable than rivals like Facebook. In most of March, Twitter’s ad revenue dropped 27 percent, which led to 3 percent total growth for the quarter. Many brands have been pulling back on spending, and without live events like sports, Twitter loses some of its appeal. Meanwhile, the company is still building ad technology that would cater to the types of advertising that are in demand right now, including direct response. The brands that are spending at the moment—including gaming apps, video subscription services and e-commerce—want ads that lead to immediate downloads and sales. Twitter still needs to beef up that side of its business.