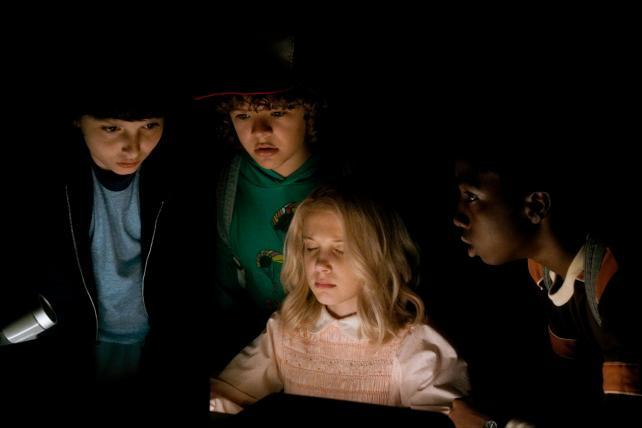 Eggo clearly doesn't want to "L'Eggo" of its tie to "Stranger Things."

For those who haven't watched the mysterious drama, set in 1980s small-town Indiana, the main thing to know about Eggo's connection is that a key character eats the frozen waffles. The Kellogg Co. brand "absolutely did not know" about the product placement in the show's first season, says Trinh Le, marketing director, Kellogg's frozen breakfast. "Netflix doesn't offer any paid placements," Le says of the product's appearances in the series.

Soon enough fans noticed and so did the brand. Netflix even reached out to Eggo about having one of the brand's 1980s "L'Eggo my Eggo" ads appear in the Super Bowl commercial that teased the show's second season. Eggo happily obliged.

Now it's trying to make the most of its connection to the series, which returns Oct. 27.

But (very minor spoiler alert) it seems clear Eggo will return in at least one episode, based on the first scene in a trailer showing a central character named Eleven grabbing Eggos from a case. "We're just going to have to wait and see," says Le.

The credit for the brand's tie-in work is, much like the "Stranger Things" plot, a bit murky. Eggo worked with WPP's VML as the brand's digital agency and for a while, VML could even be considered the brand's lead agency, says Le. Leo Burnett was also the lead agency on the brand for a while, not a surprise given Kellogg's long history with the Publicis Groupe shop. VML did some of the planning on the latest projects, but Eggo now works with Leo Burnett, Le said.

She declined to share details on any sales bump the brand has received since the "Stranger Things" appearances or the brand's media spending. Eggo still holds a commanding 20.7 percent lead share in the frozen baked goods category, despite a 1.5 percent sales decline to $476.8 million in 2016 and an expected 1.8 percent decline this year, according to Euromonitor International. Kellogg's U.S. media spending on Eggo fell 37.4 percent to $34.2 million in 2016, according to the Ad Age Datacenter.

Eggo and Netflix coordinated after the first season and "as we've been getting ready for season two there has been much more collaboration. We have worked with them as we found out about their plans for the premiere and we've shared all of the ideas that we have for getting fans excited, to make sure they're on board with all of that," says Le.

Here are some ways Eggo is promoting its brand and the show: 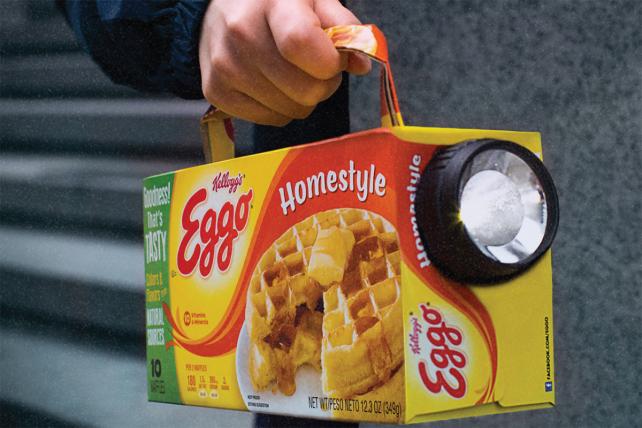 There were nine Eggo recipes created, one for each episode of season two. Eggo got the titles of the episodes to work on the recipes, but did not get any plot details, Le says. 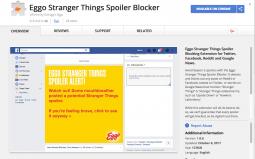 A spoiler blocker for Google Chrome was an early idea from VML when Eggo was first brainstorming ways to get people excited about season two, says Le. 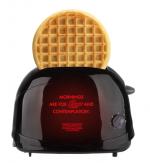