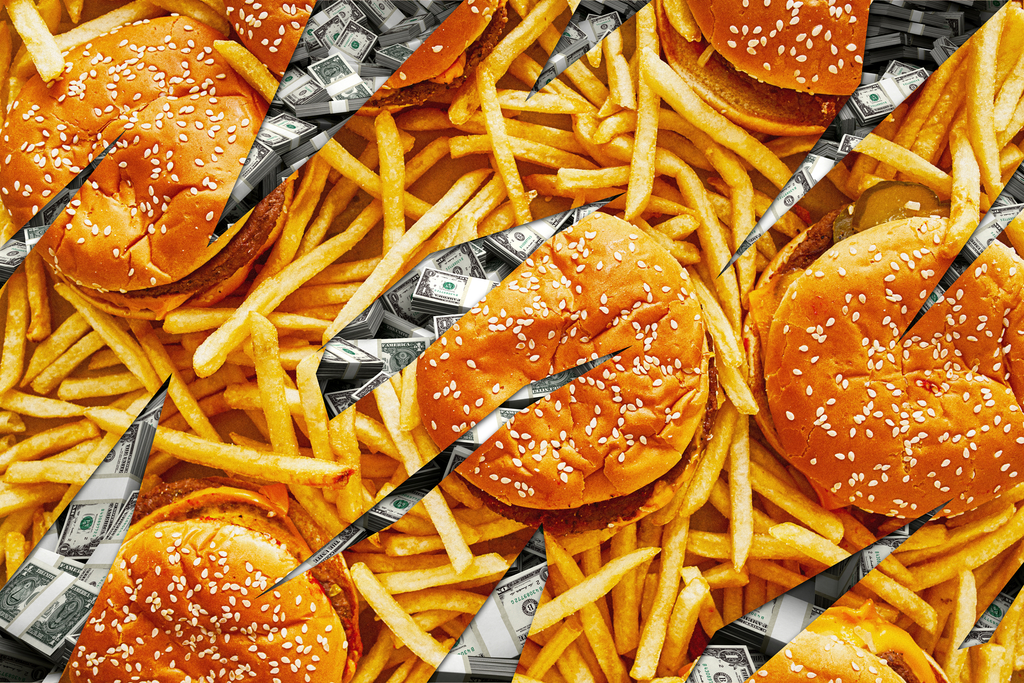 From McDonald’s Corp. to Wendy’s Co., America’s biggest restaurant chains are serving up exactly what Wall Street is hungry for this summer: Robust sales combined with little or no tariff exposure. But peer deeper, and the outlook isn’t so rosy.

That’s because the growth has been rooted in higher prices—not necessarily new customers. Traffic has been flat or falling across the industry as U.S. consumers cut back on eating out in favor of dining on the couch. Unless restaurants can reverse this trend, the recent gains could be fleeting.

“Without positive traffic, I don’t think it’s sustainable,” said Peter Saleh, a restaurant analyst for BTIG. The average check has gone up as some of the deep discounting at fast-foot chains abates, but that doesn’t mean restaurants are getting more people in the doors. “At this point I don’t think anyone is modeling growth in traffic.”

Investors have been less skeptical: the Russell 3000 Restaurants Index has risen 12 percent since May 1, compared with declines of around 3 percent for the S&P 500 Index and Dow Jones Industrial Average over the same period. The biggest restaurant players, such as McDonald’s, Taco Bell-owner Yum! Brands Inc., Starbucks Corp. and Chipotle Mexican Grill Inc., have led the way, with the Golden Arches this month touching record highs.

To cite one example, Wendy’s shares jumped 8.2 percent on Aug. 7, after the fast-food chain reported profit and same-store sales in the second quarter that slightly outpaced expectations. Chief Executive Officer Todd Penegor said that traffic was lower in the period and he expects it be down for the full year, so the company is experimenting with prices to find the right “mix”—which means keeping some prices low to lure diners in, but compensating with higher prices elsewhere in hopes it drives up the average check.

Wendy’s, Burger King and McDonald’s are among the companies that have raised prices on parts of the menu while keeping discounts on some areas, Saleh said.

Getting this right is a delicate balance—especially at a time when customer visits are falling and labor costs are rising. Bloomberg Intelligence analyst Michael Halen said the higher prices have also contributed to the slower traffic trends.

“You’re pricing some people out,” Halen said. “They have to be careful—especially fast food. Your customers are very price sensitive.” The average check for fast food is up 4.1 percent this year, according to data from MillerPulse, a restaurant industry analytics company.

Competition has intensified in the industry as consumers eat out less and buy more prepared foods from grocery stores, Halen said.

Faux meat’s appeal
To try to get new customers in the door, fast-food chains are increasingly turning to imitation meat from the likes of Impossible Foods Inc. and Beyond Meat Inc.. Burger King now offers the Impossible Whopper and White Castle has an Impossible Slider, while chains such as Dunkin’ and Tim Hortons are offering Beyond Meat breakfast products.

“We’ve learned that we’re reaching a brand new guest, an incremental guest, that we hadn’t touched prior to launching it,” said Owen Klein, vice president of global culinary innovation at CKE Restaurants, which owns Carl’s Jr. and Hardee’s. Carl’s Jr. currently offers Beyond Meat products on its menu and Hardee’s is preparing to test them this fall.

A dearth of diners means companies are making bigger bets on delivery and takeout, while trying to whet appetites with fare like nacho fries and Unicorn Frappuccinos. Meanwhile, concerns are mounting that U.S. economic growth is starting to falter amid uncertainty on tariffs of Chinese goods. While the Trump administration this week delayed some of those levies to Dec. 15, the issue continues to hang over retailers.

With consumers already feeling the pinch from rising prices, Americans could further cut back on visits to restaurants if their wallets start to feel the tariff hikes around back-to-school shopping. Wages show no sign of easing and commodity costs could start to rise as well, further pressuring restaurants.

Dunkin’ Brands Group Inc. has already raised some prices this year and will be cautious in doing so again, Chief Executive Officer Dave Hoffmann said in an interview. It depends on the product, with some room for increases on certain items like espresso but less elasticity with drip coffee, he said.

But playing with prices will only go far, and Hoffmann said Dunkin’s mission is clear: “Driving traffic is our number one priority.”