Flu season is in full swing. The current outbreak, according to the Centers for Disease Control, is on track to match the 2014-2015 season, when 34 million Americans got the flu and about 56,000 people—including 148 children—died. The bug, nasty as it is, has been something of a windfall for marketers peddling cleaning products, vaccines and over-the-counter medications. 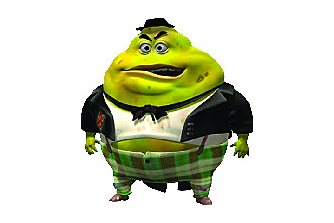 And the outbreak is expected to drag on. Flu symptom reports by consumers are up 162 percent this season over last in the U.S., meaning consumers' purchases of certain over-the-counter products seem unlikely to slow soon. Google data shows searches for Vicks and Mucinex, for example, at all-time highs worldwide.

"We've dialed up the role of certain media channels that help where and when people need them," says Brian Dolan, senior brand manager on Mucinex. Parent company Reckitt Benckiser hiked TV spending on Mucinex nearly 10 percent to $15 million for the 30 days ended Jan. 28 and has been targeting ads via Facebook according to iSpot.tv. RB also launched a flu-tracker and chatbot via WebMD in November in advance of this year's cold and flu season.

February marketing spending for the brand will be up 47 percent over a year ago, including a buy in one of the first spots immediately after the Super Bowl. Dolan says the Super Bowl effort is about trying to "break through a crowded media landscape." The new spot from McCann will focus on the idea that many people call in sick the day after the big game, even if they're not.

Of course, this year they really may be. The Mucinex chatbot already has had 15 million consumer engagements averaging 2.5 minutes per session, numbers well ahead of expectations, says Ryan Glasberg, VP of strategic accounts at WebMD.

Similarly, Procter & Gamble's Vicks is a big beneficiary of the outbreak, with sales for the company's personal heath-care unit up "high single digits" in the U.S. last quarter, the company reported. Vicks spent about $9.1 million on TV for the 30 days ended Jan. 28, according to iSpot.tv estimates, down about 5 percent from a year ago. But it has been spending on Instagram ads, particularly behind its new products for high-blood-pressure sufferers.

Overall the cold, allergy and sinus liquids category is up more than 10 percent to $414 million for the 12 weeks ended Dec. 31, according to IRI, with Vicks up 13 percent and Mucinex up 8 percent.

Johnson & Johnson, marketer of Tylenol and Motrin products, is up 42 percent in the cold-flu liquids segment, having nearly tripled TV spending behind Tylenol for the 30 days ended Jan. 28 to $7.5 million, according to iSpot. But the company reported over-the-counter sales actually fell last quarter in the U.S. due to retailers pulling back on inventory—which could lead to some out-of-stocks amid continued high incidence of flu.

Battle of the brands

P&G and RB's battle for the biggest gains of the cold-flu season takes on some added significance given that Paul Gama, a former RB executive, was hired last year as VP to head P&G's North American Personal Health Care unit. He's the first outsider to be brought in at such a high level at the historically promote-from-within company. Vicks' recent success makes a case for more such moves as activist investor Nelson Peltz, who has pushed for more outside hires, is set to join P&G's board in March.

Clorox Co.'s Disinfecting Wipes, meanwhile, have made appearances on numerous national news reports about the flu epidemic. And the company is likely to benefit from the August launch of Clorox Total 360 System, a device that businesses (including schools and day-care centers) can use to spray down their facilities with bleach to disinfect them. The sprayer has gotten coverage in various local media reports.

Clorox actually dialed back TV spending around 20 percent for the 30 days ended Jan. 28 compared to the prior year. But a report Tuesday from L2 noted the company has been among the most aggressive of late in ad spending on home-care products via Amazon and other e-tailers.

Clorox also is using a partnership with Families Fighting Flu this season to connect with consumers through PR and digital in "key markets where flu activity is widespread," a Clorox spokeswoman said in an email. The organizations have worked together in the past.

"We both look to raise awareness about the flu virus, educate consumers that it's not too late to get vaccinated and prevent the spread of illness through healthy habits such as surface disinfection," she said. "We also started airing 'Pass It On,' our dedicated cold and flu spot, that we run in more severe seasons to educate on ways to help prevent the spread of cold and flu germs."

With reports of many pharmacies running out of the flu vaccine, Walgreens said some locations may not be offering all types of flu vaccine "due to recent increases in flu activity and heightened demand for flu shots." But the chain says it still offers flu shots daily at most pharmacies and the company's Healthcare Clinics, and asks that customers call to confirm availability. Walgreens only reports the number of flu vaccines administered annually, and couldn't break out how many flu vaccines it has administered so far this flu season versus last year.

The chain develops a 360 marketing campaign each year around the flu vaccine, including a TV commercial and radio and digital ads. A spokeswoman says Walgreens does "pulse-out marketing efforts" in those areas hit particularly hard.

~ ~ ~
CORRECTION: An earlier version of this article said Reckitt Benckiser was hiking first-quarter marketing spending for Mucinex 47 percent over the quarter a year earlier, citing Brian Dolan, senior brand manager on Mucinex. After publication, the company said that figure applies to February, not the first quarter.