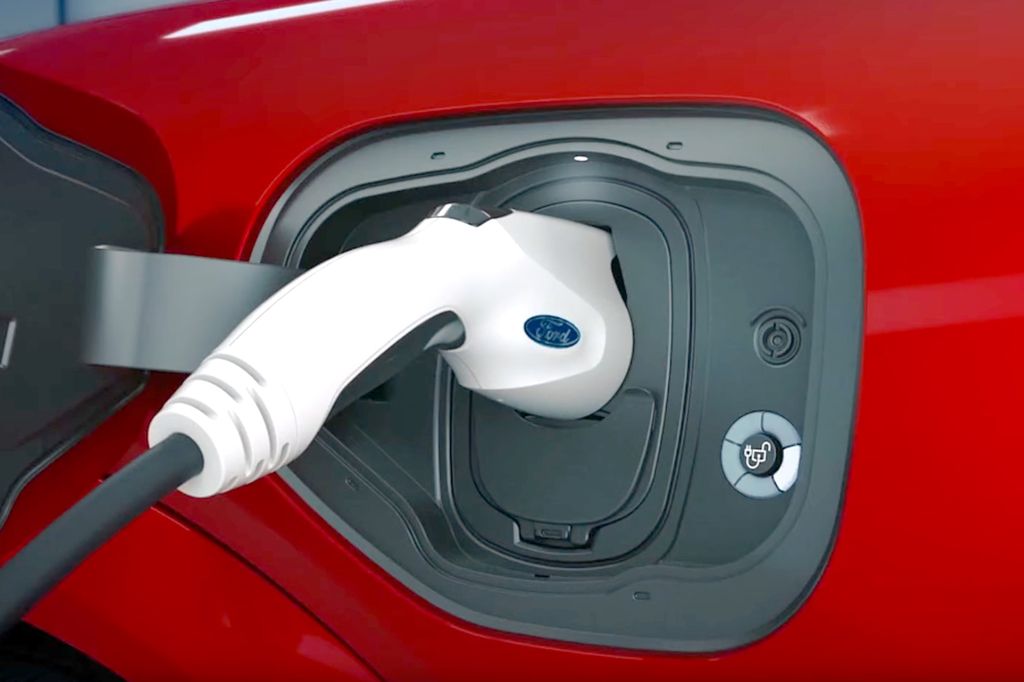 Ford Motor Co. this week began airing a new ad promoting its adoption of stringent California emissions regulations and calling out its rivals for failing to join the effort.

Called "Built for Progress," the campaign is meant to highlight in a more aggressive way the steps Ford is taking to combat climate change and reduce tailpipe pollution. It was launched the same day the Golden State issued plans to ban the sale of gasoline-powered passenger cars by 2035, but officials say the timing was coincidental.

Ford joined Volkswagen Group, Honda Motor Co. and BMW this year in locking in support for California's framework, which is more stringent than the Trump administration's standards that require 1.5 percent annual increases in efficiency through 2026.

"California asked all automakers to cut greenhouse gas emissions and fight for cleaner air," the ad says. "Chevy, Jeep and Toyota said no."

The ad, which incorporates an instrumental version of the song "California Dreamin' " was produced by Civic Entertainment Group. It marks a new tone for a company not known for directly calling out competitors.

"That's something people have to judge in terms of the actions both of us take, not just having tag lines about where we're heading but actually mobilizing your operations and policy advocacy around what it takes to get there," Bob Holycross, Ford's VP of sustainability, environment and safety engineering, told Automotive News. "We feel this is a good opportunity to start to tell our story more with a broader audience."

The ad is the first of what will be a long-running campaign aimed at educating customers, especially in California.

"We have a long legacy of leading on sustainability," Holycross said. "Our main objective is to push our awareness around our broader sustainability efforts."

Ford and California state officials have a strong relationship, Holycross said. That was evident Wednesday when California Gov. Gavin Newsom signed his executive order calling for the gas-powered vehicle ban on the hood of a Mustang Mach-E electric crossover.

"Ford is proud to be the only American automaker to stand with California for reduced greenhouse gas emissions," incoming CEO Jim Farley tweeted. "We want to leave a better world to the next generation."

GM responded on Thursday with an emailed statement that reiterated its commitments to zero-emission EVs.

“We have long-demonstrated that unwavering commitment with sales of the Chevy Bolt EV ... and new vehicles from our upcoming Ultium-powered line-up including the Cadillac Lyriq EV, GMC Hummer EV, and Cruise Origin," the statement said. "This is coupled with multi-billion dollar investments; creating thousands of jobs in electric vehicle manufacturing in the United States.”

Toyota in a statement said it "remains committed to continuous, year over year improvements in fuel economy standards that deliver meaningful climate benefits, promote advanced technologies and meet the needs of customers. Toyota is a strong defender of the environment and we are proud of our history of environmental stewardship. We intend to continue to lead the industry in protecting biodiversity, reducing waste, conserving water, and moving towards a zero emissions future."