The automaker on Monday confirmed for the first time the name of its small off-road utility and that it was creating an off-road subbrand, something it's been telling dealers for more than a year
READ THIS NEXT
COVID boosts mental health marketing, softens stigma 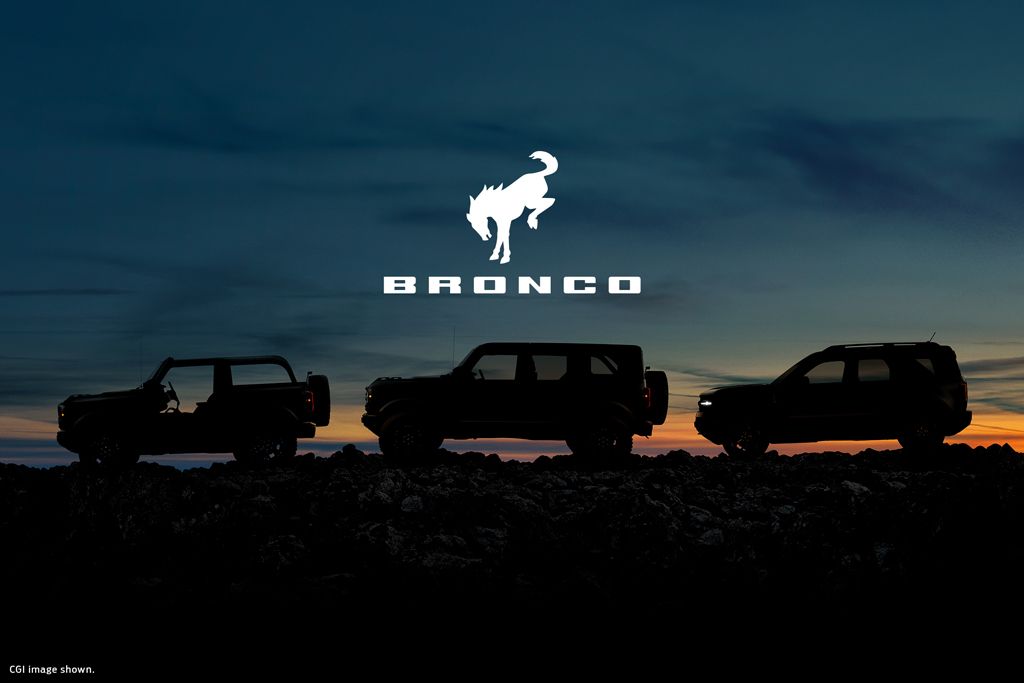 Ford Motor Co. is not just introducing the Bronco and Bronco Sport next week; it's launching a vehicle line that could grow to include more off-road nameplates.

The automaker on Monday confirmed Bronco would be a subbrand, using the "Built Wild" tagline. Executives as far back as early 2019 had been telling dealers its off-road offerings would be a "family" of vehicles. That brand will include two-door and four-door versions of the Bronco SUV, as well as the smaller Bronco Sport crossover, a name Ford confirmed Monday after previously referring to it as a small, rugged off-road utility.

There's room to expand the Bronco line beyond those models, officials say.

"We'll start with the three models that we have," Mark Grueber, Ford's U.S. consumer marketing manager, said on a call with media. "We will continue to look to where there's customers we could satisfy with Bronco and how to continue to expand the brand in the future."

Ford is planning to introduce a Bronco-based pickup in 2024, according to a forecasting firm, and the automaker is also planning a compact, unibody pickup next year, which reports have said could be called Maverick.

Dave Pericak, Ford's director of icon vehicles, said each model added to the brand must live up to the Bronco name.

"You can make the mistake with a family of vehicles if you just start peppering that family with things that don't live up to the core tenets with what it is you're building," he said. "Everything we do ... it will have to live up to that same DNA and that same goal that the Bronco has, otherwise it doesn't belong in the family. We're not just badge-engineering. It's not the name that makes the vehicle, it's the vehicle that makes the name."

Ford on Monday also formally announced the creation of Bronco Nation, a Ford-certified online community that went live earlier this year and will help connect enthusiasts for trail rides and other meetups. Robert Parker, a retired Lincoln marketing executive and Bronco enthusiast, told Automotive News last month that he advised on the site's creation.

As part of its bid to connect fans, Ford said it would create experiences called "Bronco Off-Roadeos," which it described as outdoor adventure playgrounds to help them learn how to take their vehicles off-road.