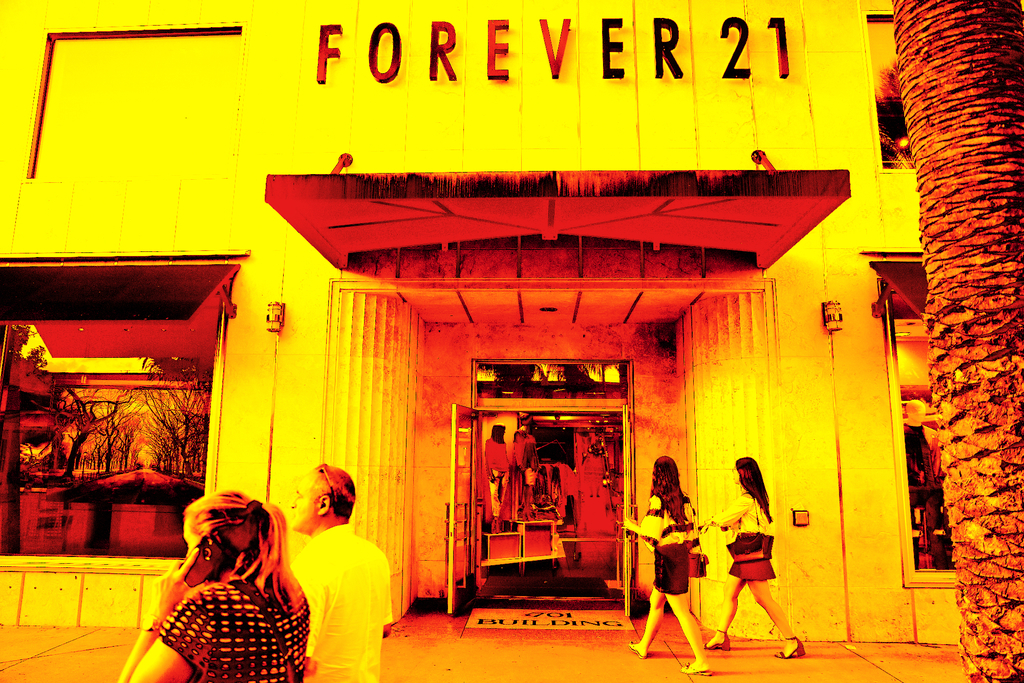 Pedestrians and shoppers pass in front of a Forever 21 Inc. store at the Lincoln Road Mall in Miami Beach, Florida, U.S

Forever 21 Inc. is preparing for a potential bankruptcy filing as the fashion retailer’s cash dwindles and turnaround options fade, according to people with knowledge of the plans.

The company has been in talks for additional financing and working with a team of advisers to help it restructure its debt, but negotiations with possible lenders have so far stalled, the people said. Focus has thus shifted toward securing a potential debtor-in-possession loan to take the company into Chapter 11, they said, even as some window remains to strike a last-minute deal that keeps it out of court.

A bankruptcy filing would help the company shed unprofitable stores and recapitalize the business, said the people, who requested anonymity discussing private negotiations. Representatives for Forever 21 didn’t respond to a request for comment.

Co-founder Do Won Chang had been focused on maintaining a controlling stake in the company, which limited its fundraising options.

A faction of Forever 21 officials, without the approval of Chang, had asked its biggest landlords to consider taking a stake in the company amid disagreement within its leadership, Bloomberg previously reported.