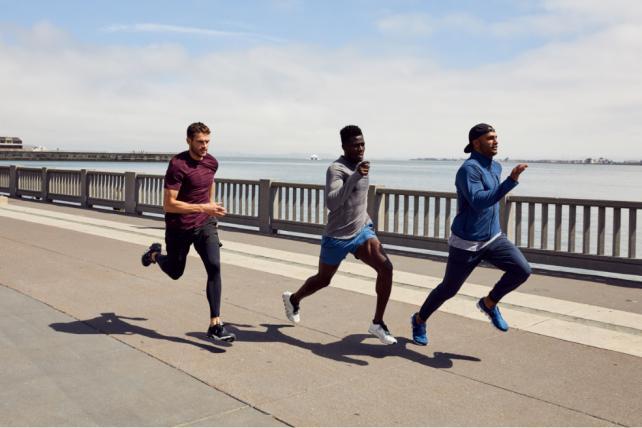 Gap Inc. is hoping to replicate the success of its Athleta womens' activewear brand by jumping into men's sportswear with a new label called Hill City.

"Active is a key growth area for Gap Inc. and Hill City is our response to consistent feedback from customers looking for a premium men's product that combines highly technical fabrications, performance and style," said Art Peck, president and CEO of Gap Inc., in a statement.

Hill City will not, however, be available for purchase in stores. Shoppers can touch and and feel the brand's products at roughly 50 of Gap's near-150 Athleta stores, but can only buy them online. The strategy resembles the "guideshop" model popularized by menswear brand Bonobos, which is now owned by Walmart.

Yet Hill City is entering an increasingly crowded sportswear category that is already hammering some of the competition. Also on Thursday, Under Armour said it will lay off another 400 employees, or 3 percent of its workforce, as part of a multi-year restructuring. The label and others have struggled for consumer dollars amid the rise of rivals such as Nike and Adidas.

As part of the new push, Hill City has tapped a group of real people who, as brand influencers, will test the product and provide feedback, according to a spokeswoman, who notes the brand is also using a chatbot on Facebook Messenger to communicate with customers. All creative marketing work is being handled internally. The collection includes basics like hoodie, fleeces, and tech pants.

As Gap's namesake label and its higher-end Banana Republic have struggled, Athleta, along with sibling brand Old Navy, have been the gems in the apparel company's portfolio. Much of Athleta's traction with consumers can be traced back to marketing messages of female empowerment and authenticity. Executives recently said on a conference call with analysts that Athleta gained share again in the second quarter of this year.