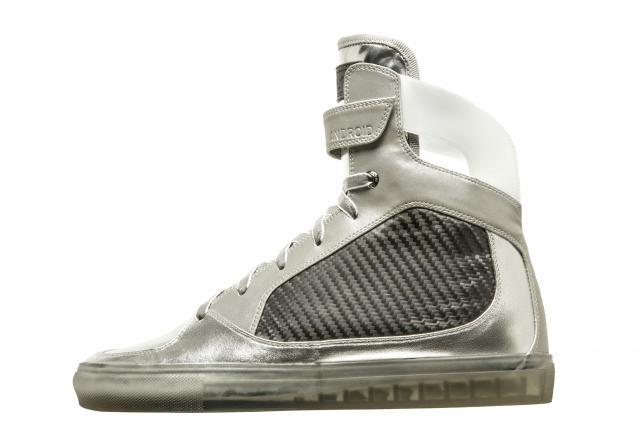 GE -- a company long known for making consumer goods such as refrigerators and light bulbs -- is launching a campaign Wednesday designed to show how some of its advanced materials have industrial and scientific applications, such as helping man walk on the moon.

In honor of the 45th anniversary on July 20 of NASA's Apollo 11 moon mission, for which GE supplied materials used in moon boots, as well as helmets worn by astronauts Buzz Aldrin, Neil Armstrong and Michael Collins, GE is introducing a limited-edition Missions moon boot sneaker.

"The goal of this campaign is to celebrate the power of advanced materials, tracing back 45 years ago to the original moon boots, which featured GE silicon rubber, to super materials being developed in GE's labs today," said Linda Boff, executive director-global brand marketing at GE. "By highlighting super materials like stabilized carbon fiber and hydrophobic coating in our limited-edition sneakers, it helps people relate to the power of these technologies."

While the campaign is aimed squarely at consumers, the sneaker features advanced materials GE uses in its b-to-b units including jet engines, wind turbines and healthcare equipment.

The sneaker, designed in partnership with fashion company Android Homme and online retailer JackThreads.com, will be sold exclusively at JackThreads beginning at 4:18 p.m. EST on July 20 (the exact time the Apollo 11 module touched down on the moon in 1969). Only 100 pairs of the sneakers will be available, priced at $196.90 -- a nod to the year of the moon mission.

Snapchat debut
GE is unveiling the sneakers on Snapchat -- its debut on the social sharing platform.

"Snapchat is a really important place for us," said Sam Olstein, global director-innovation at GE. "Snapchat is one of these new social platforms that is so interesting from a storytelling perspective. It fits into the world of erasable media -- media that goes away after a period of time. Because of the nature of it, it drives engagement and action."

The Snapchat campaign, which users can follow on @generalelectric, will feature photos, videos and stories about the Missions sneaker. The campaign will run on Snapchat for one day only, and GE will use other social media platforms including Twitter and Facebook to drive Snapchat activity.

In another first for GE, the company is using a product -- the moon boot sneaker -- as an advertising vehicle, Mr. Olstein said.

"We see the role of product in a whole different way -- around really using commerce as advertising," he said. "The long-tail narrative you can tell with a product goes well beyond the transaction. This moon boot will help tell the GE story and our connection to the moon landing in a whole new way."

GE is now working on other ways to tell stories through products, although Mr. Olstein said it's too early to discuss those.

"As the world of retail changes -- as in-store retail gets flipped on its head and mobile commerce becomes such a driver in ecommerce -- we want to tell our brand stories in those places and use product to do that," he said. "We are paying attention to it and making it part of a bigger strategy."

GE worked with several agencies on the campaign, including the Grid, a speciality unit of Giant Spoon and OMD that handles GE's media business; VaynerMedia for social media strategy; and Small Girls PR.