The campaign will give customers a closer look at the Hummer and allow them to reserve their vehicle, down to the trim level, for $100.
READ THIS NEXT
Volkswagen uses populist message in first ad for ID4 electric crossover 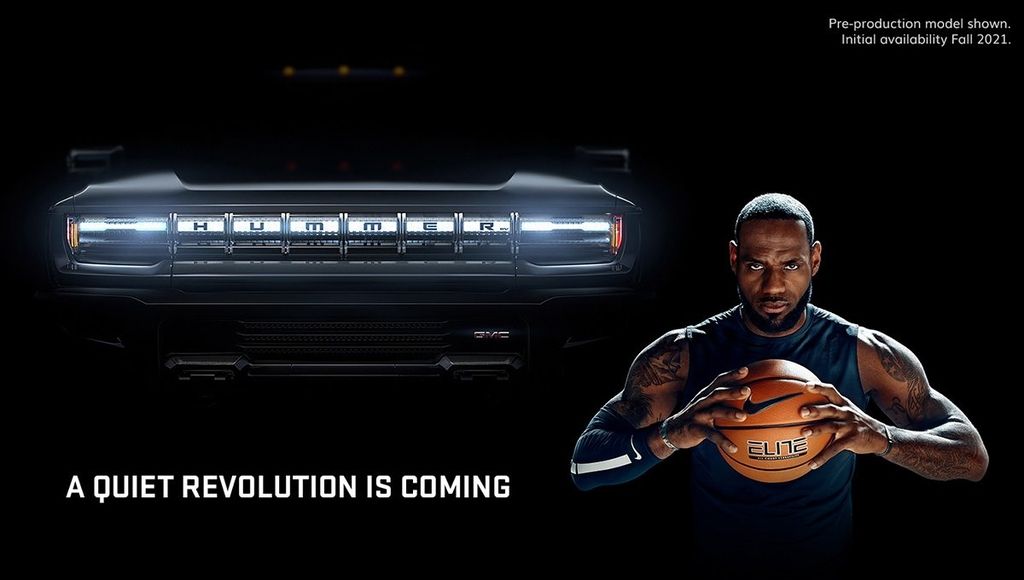 GMC has latched onto sports buzz for the Hummer EV so far, featuring NBA star LeBron James in ads.

GMC's goal with the debut of the Hummer electric pickup next week is broad awareness, not only of the vehicle itself, but also the GMC brand and General Motors' electric future.

To that end the automaker is unleashing an ad blitz with ad buys including Game 1 of the Major League Baseball World Series on Fox, "The Voice" on NBC and across streaming and social media platforms. The ads will give customers a closer look at the Hummer and allow them to reserve their vehicle, down to the trim level, for $100, said Phil Brook, VP of GMC Marketing. Leo Burnett is handling the campaign.

The Hummer will be the first production vehicle revealed on Twitch, a live streaming service initially popular among gamers, Brook said. Five of Twitch's biggest influencers will host watch parties of the reveal spot, Brook said. Most of Twitch's audience is young but highly interested in tech innovation.

"This is not just about selling vehicles today, this is about building a strong brand and selling into the future and really establishing GMC and GM as a leader in the EV space," Brook told Automotive News. "That's why we're really broadening the way we go to market with this vehicle. We think it's an important statement about our future."

Including the tease campaign GMC has already launched, Brook expects the reveal to generate more than 1 billion impressions.

"It's a very large scale, multiplatform, multiscreen reveal campaign," he said. "What we really want to do is set GMC Hummer EV up as an iconic nameplate. To do that, you really need broad awareness, broad appeal and maximum excitement."

At 8 p.m. EDT Oct. 20, GMC will reveal the Hummer with the new ad, and reservations will open on GMC's website. Customers can choose from four trim levels, select their preferred dealer and make a $100 deposit to secure a reservation. GMC will detail trim options and pricing next week.

Hummer production is slated to start in fall 2021. When reserved vehicles are close to production, dealers will finalize the orders, Brook said.

Customers can also browse GMC's frequently asked questions for information on EV ownership. Over the course of next year, participating GMC dealers will update their facilities to accommodate EV sales and service, Brook said. So far, just over half of GMC dealers have elected to sell the Hummer, the brand said last month.

GMC has latched onto sports buzz for the Hummer EV so far, featuring National Basketball Association star LeBron James in ads and teasing the pickup for the first time during this year's Super Bowl. James and the Los Angeles Lakers won the NBA title on Sunday night, cementing James' reputation as one of the game's greatest players.

Show hosts for the World Series and "The Voice" will introduce the ad. A spot just over two minutes will run for most of the commercial break, Brook said. At the same time, a longer version of the ad will run on YouTube, GMC.com, Twitter and Twitch. The ad will also be available for streaming via Hulu, Roku and Fire TV.

Through the ad and its far reach, GMC is trying to change customers' perception of the Hummer, differentiating it from the gas-guzzler of the 2000s.

"The Hummer EV is really going to change that because of the level of technology, the level of innovation and the fact that it's all-electric, zero emissions," said Brook. "This is more than just a new vehicle for GMC. It really does signal us entering into the EV market in a big way."