Gucci back in hot water, this time for mental health imagery 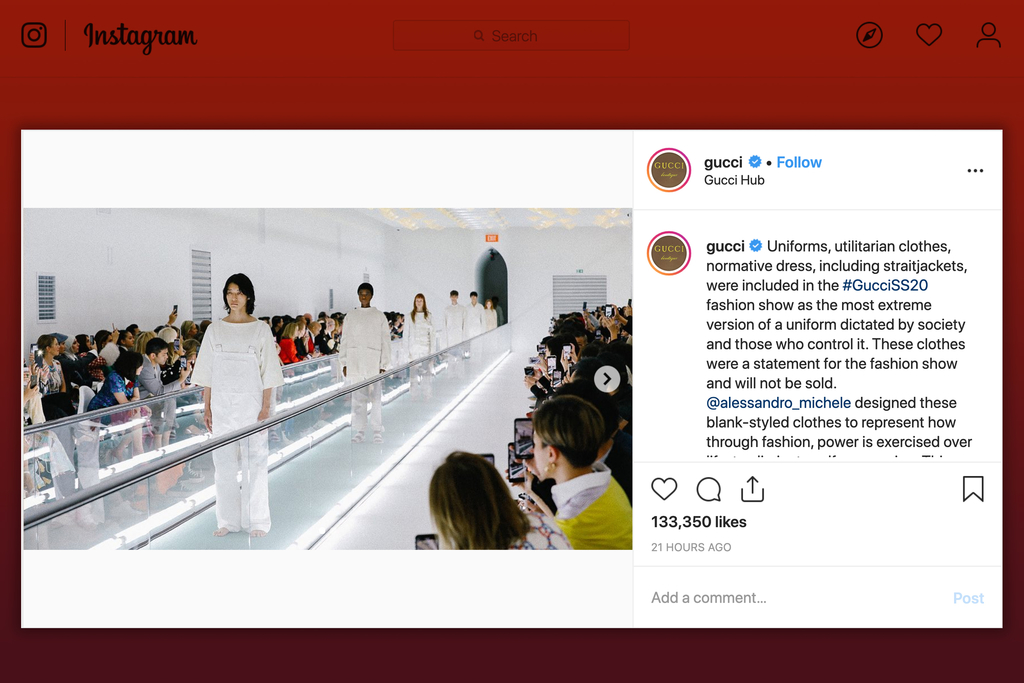 Gucci is under fire again, months after discontinuing a black-and-red-mouthed balaclava sweater that invited comparisons to blackface. The Italian fashion brand showcased clothing that resembled straitjackets at its runway show on Sunday during Milan Fashion Week. One model silently protested the styles by writing “Mental health is not fashion” on their palms as they walked.

On Instagram, model Ayesha Tan-Jones, who uses "they" and "them" pronouns, posted a longer statement detailing their problems with the Gucci collection.

“As an artist and model who has experienced my own struggles with mental health, as well as family members and loved ones who have been affected by depression, anxiety, bipolar and schizophrenia, it is hurtful and insensitive for a major fashion house such as Gucci to use this imagery as a concept for a fleeting fashion moment.” The post had more than 6,840 likes by early afternoon on Monday. Tan-Jones also noted in a subsequent post that “many of the other Gucci models who were in the show felt just as strongly as I did.”

When asked for comment, a Gucci spokeswoman pointed to the brand’s own Instagram post, which detailed the inclusion of straitjackets and other utilitarian clothes “as the most extreme version of a uniform dictated by society and those who control it.” The brand said that Alessandro Michele, creative director of the Kering-owned label, “designed those blank-styled clothes to represent how through fashion, power is exercised over life, to eliminate self-expression.” The clothes will not be sold, the brand said.

Michele elaborated to The New York Times, saying that “society today can have the ability to confine individuality and that Gucci can be the antidote.”

Following the balaclava incident, Gucci apologized. In July, the brand named its first global head of diversity, equity and inclusion.

On Monday, some were confused about Gucci’s mixed message regarding mental health.

Gucci making their fashion week show a sanatorium and putting models in straight-jackets 🙄 someone wrote mental health is not fashion on their hands though so lol pic.twitter.com/SMdKgHLHHx

Another insensitive outfit from @gucci. How tone deaf are they? This is so insensitive against people struggling with mental health and strait jackets. Not okay! #GucciSS20 https://t.co/Yc3SHLIpUF