Hardee's original roast beef is back with a nonprofit-style campaign

‘Save the Veggies’ highlights the lack of vegetables on the returning sandwich
READ THIS NEXT
Oreo’s pollyanna plea for political unity, and Cosmo’s new wine brand: Trending 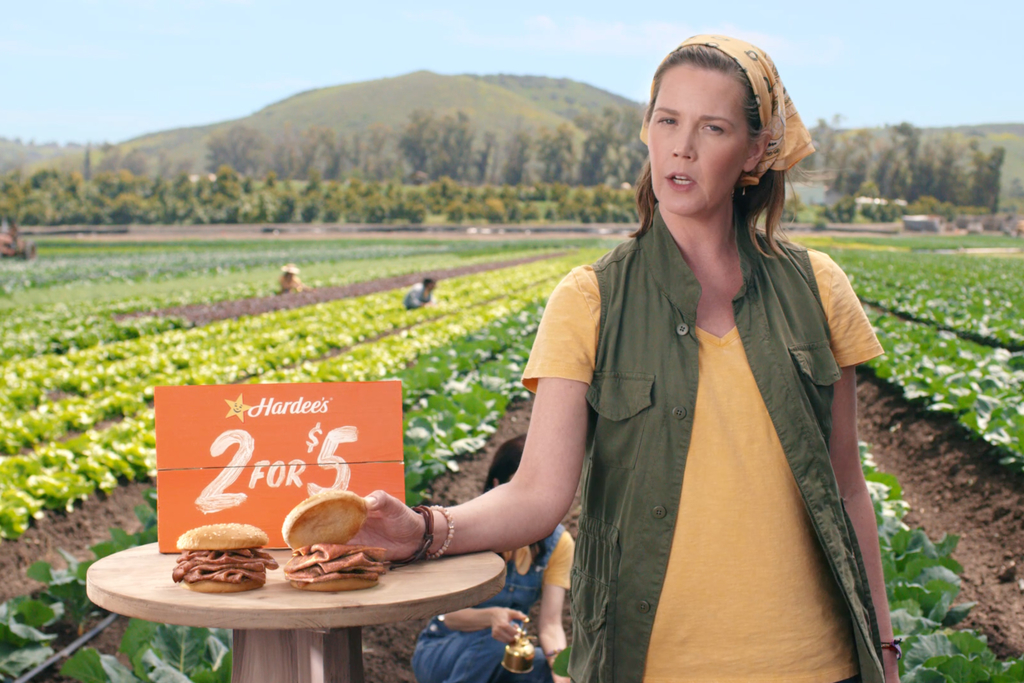 Hardee’s is taking a cue from the nonprofit world to promote the return of its roast beef sandwich.

The original roast beef sandwich is about as simplistic as they come. The sliced roast beef on a sesame seed bun isn’t topped with any vegetables. Hardee’s decided to highlight that omission with a “Save the Veggies” campaign that suggests buying the sandwiches will spare vegetables from meeting the fate of a knife.

"Every day, thousands of innocent vegetables are consumed across America," a woman in one of the spots says. 'But it doesn't have to be like this."

The tone of the ads, which come from Arnold, bring to mind fundraising spots such as those old Sarah Mclachlan ads against animal cruelty.

“For as little as $5 a day, you can help save a veggie,” the woman says as she walks through a farm where workers gently tend to the crops.

There’s even a nonprofit tie-in, as Hardee’s says it is partnering with the American Community Gardening Association to help plant more than 10 million veggies nationwide.

Hardee’s hasn’t had a roast beef sandwich on its chain-wide menu since the early 1990s, and fans have been asking for its return, says Jenna Folk, director of brand marketing, Hardee’s. For now, the sandwich is set to be on the menu for a limited time, but “we’re hoping it will become a permanent menu item,” says Folk. Hardee’s also hopes to innovate off of this product, she says, hinting other roast beef items may be coming to the menu.

The ads are a bit of a shift for the chain, as they aren’t set in the restaurants and don't feature David Koechner playing a restaurant manager named Ron. In a 15-second spot, a man talks about the sandwich after gently watering a tomato plant while asking "have you saved a vegetable today?" Still, highlighting the two for $5 offer is in line with the industry’s emphasis on value pricing.

The campaign includes local TV, digital, spot radio and streaming audio, and out of home.